And now for something completely different: we drove the Smart #1 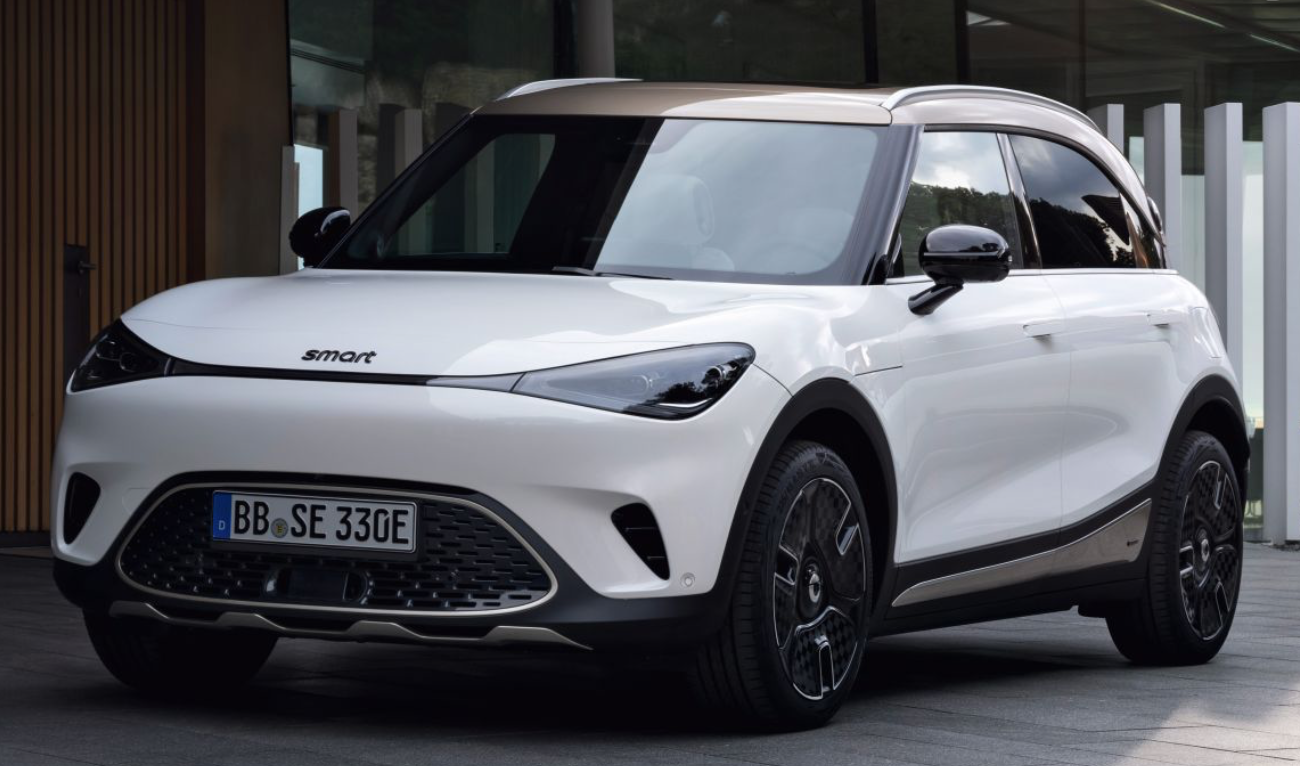 The era of the original Smart two-seater has gone. In came the new Smart, a completely different approach and the fruit of a collaboration between Mercedes and Geely.

The new #1 is also a completely electric car, like the latest ‘old’ Smarts, but every other similarity halts here. The newcomer is a crossover that tries to optimize internal space and will probably be the base for entry cars of other brands.

Although the old ForTwo electric will stay available until 2024 in the Mercedes network, as long as it’s built in the French factory of Hambach, there won’t be many customers any more for a tiny two-seater, which costs a whopping €25 000. The new one comes in at just over €40 000, but it’s a completely different car.

A few years ago, Mercedes-Benz was ready to pull the plug on Smart, but the financial participation of some 10% of the Chinese Geely Group changed things. Both carmakers joined forces in a 50/50 joint venture to create a successor under the iconic Smart name. Following the success stories in the market, it has become a crossover in the B-segment just because, with a length of 4,27 m, one could already situate it in the C-segment.

The #1 uses a dedicated EV platform from Geely (the recently developed SEA platform). The design of the car and its digital environment are Mercedes-Benz-sourced. We drove the version with the introductory drivetrain of one electric motor (200 kW/272 hp) driving the rear wheels. Soon, a Brabus version will feature two engines and 434 hp, introducing all-wheel-drive.

In the first introduction on Belgian roads, we drove the Premium version (€43 995). For that money, you get a panoramic sunroof, adaptive headlights, an integrated heat pump, a parking aid, a leather interior, and the large head-up display also steering the Beats audio system. Under the floor, there is a 66 kWh battery pack, providing a 440 km range at a (theoretical) WLTP-based power consumption of 16,7 kWh per 100 km.

The first impression when you get on board is the feeling of roominess, enhanced by the light interior colors and the transparent roof. Five grown-up people can be transported with ease in this compact car, also because you can slide the rear seat bench rearward.

The boot space diminishes accordingly, to some 300 liters when the subwoofer of the Beats sound system is installed. Under the front hood, there are only 15 liters of frunk.

We were less happy with the dashboard controls and the infotainment system. Clearly inspired by its Chinese partner, Mercedes-Benz has chosen to drop as many buttons as possible and let almost everything happen via the large central touchscreen. To have to dive into several submenus to change the position of the rearview mirrors, for example, doesn’t make us particularly happy.

That you are, meanwhile, entertained by an animated fox on the screen will surely be appreciated by younger children on board; for the driver and its older passengers, it’s disturbing and childish. The many bleeps and sounds, warning for every possible danger, are distressing too.

When you drive away in the Eco or the Normal drive modus, you don’t have the impression of having 200 kW on tap, despite the 1 800 kg weight of the car. But it isn’t an impression: the full power is only used in the Sport modus, and then the #1 is really lively, with a slightly heavier steering feel and a more accentuated motor brake.

Adapting the energy recuperation modus and the brake feeling has once again to be performed via the touchscreen. It’s awkward and lasts too long to change, especially when you choose one-pedal driving.

The Smart #1 has its wheels in the outright corners and drives on 19-inch rims. Road holding is very safe and can even provide driving pleasure (in Sport modus) while the suspension is always comfortable. The interior trim was decent, though not overwhelmingly luxurious.

The #1 is available to configure and order online from now, and the new, totally independent Smart management does count on the Mercedes dealers with a Smart corner to help them with the sales and service of the car.

The success of the joint venture between Mercedes and Geely is not totally dependent on this first sprouting as there will for sure be a Geely EV and probably also a small electric Mercedes on the same base in the future.