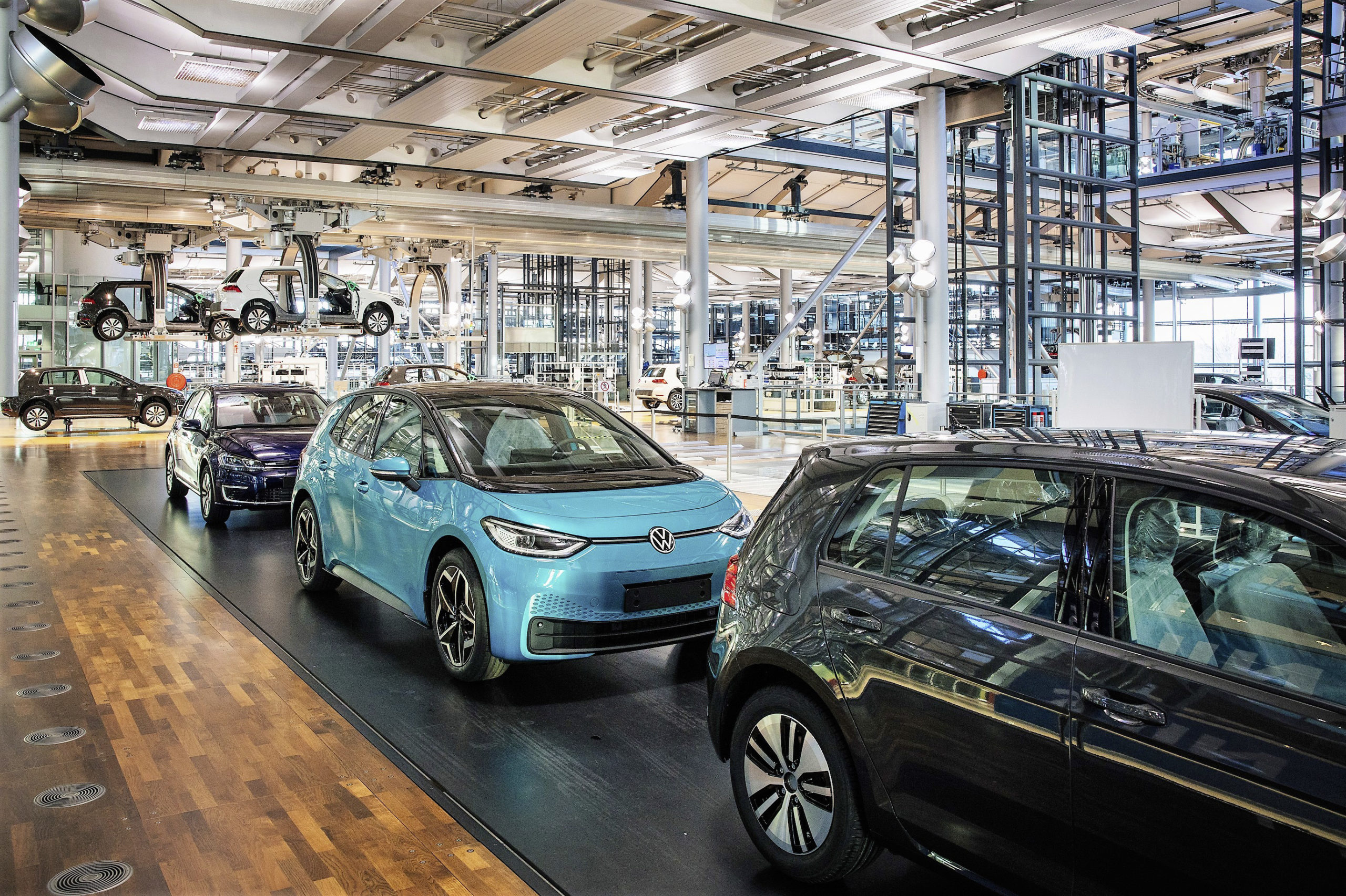 Thanks to growing deliveries of zero-emission Volkswagen models, it’s now easier for the group to meet EU CO2 targets /Volkswagen

Europe is well on its way to undercutting by at least three grams the CO2 emission targets of 116 g/km set by the EU for new car registrations in 2022, according to German automotive data analyst Dataforce’s forecast. It is an improvement of six grams compared to the year before (119 g/km). Eventually, the EU set the target as 95 g/km under NEDC standards, but this translates to 116 g WLTP.

Belgium, where more than half of new registrations come from company cars, managed to push back the CO2 emissions of its car fleet on average by 10% from 120 to 108 g/km. That’s better than Germany, which fell from 120 to the European threshold of 116 g/km (-3%).

But that’s a small beer compared to the Netherlands with 92 g/km (-14%) or the champion of electric cars, Norway. Its average is 20 g/km, coming from 30 grams or another -33%. With an average of 50% BEV share, the good European result may be credited mostly to the Scandinavian countries (Norway, Finland, Sweden, and Denmark) and the Netherlands.

Dataforce notes that in terms of CO2 emissions, the automotive industry as a whole is doing well with 113 g/km – despite ambitious EU targets. It depicts a good view of the state of electrification of the car fleets in all countries.

“And this does not even consider the Supercredits and the weight factor,” adds Dataforce. “The former allows BEVs and PHEVs to have a higher weight in the average calculation, but it will only apply until the end of 2022. The weight factor considers that the vehicles are slightly heavier on average than the standard weight defined by the EU and thus increases the target values for manufacturers with heavier cars.”

Same targets for UK and Switzerland

Across these countries, the average emissions of newly registered passenger cars are calculated for January-September 2022, the latest figures available. The United Kingdom and Switzerland are not part of the EU but maintain the same targets.

Volkswagen to manage on its own

When looking at the different car manufacturers, Dataforce warns Volkswagen is in the danger zone with a combined average of VW, Audi, Skoda, and SEAT brands of 125 g/km, which is even slightly above their previous year’s value. But taking into account the Supercredits and the weight adjustment, it will be enough this year, Dataforce adds.

Volkswagen Group has told the newspaper Financial Times that it has cut loose its external partners within its CO2 pool. After meeting the CO2 targets last year, with the help of four Chinese carmakers, the output of electric vehicles at the German car giant is now vast enough to proceed on the EV strength of its sub-brands.