Tesla Semi gives a sneak peek of its 1.000 Volts battery 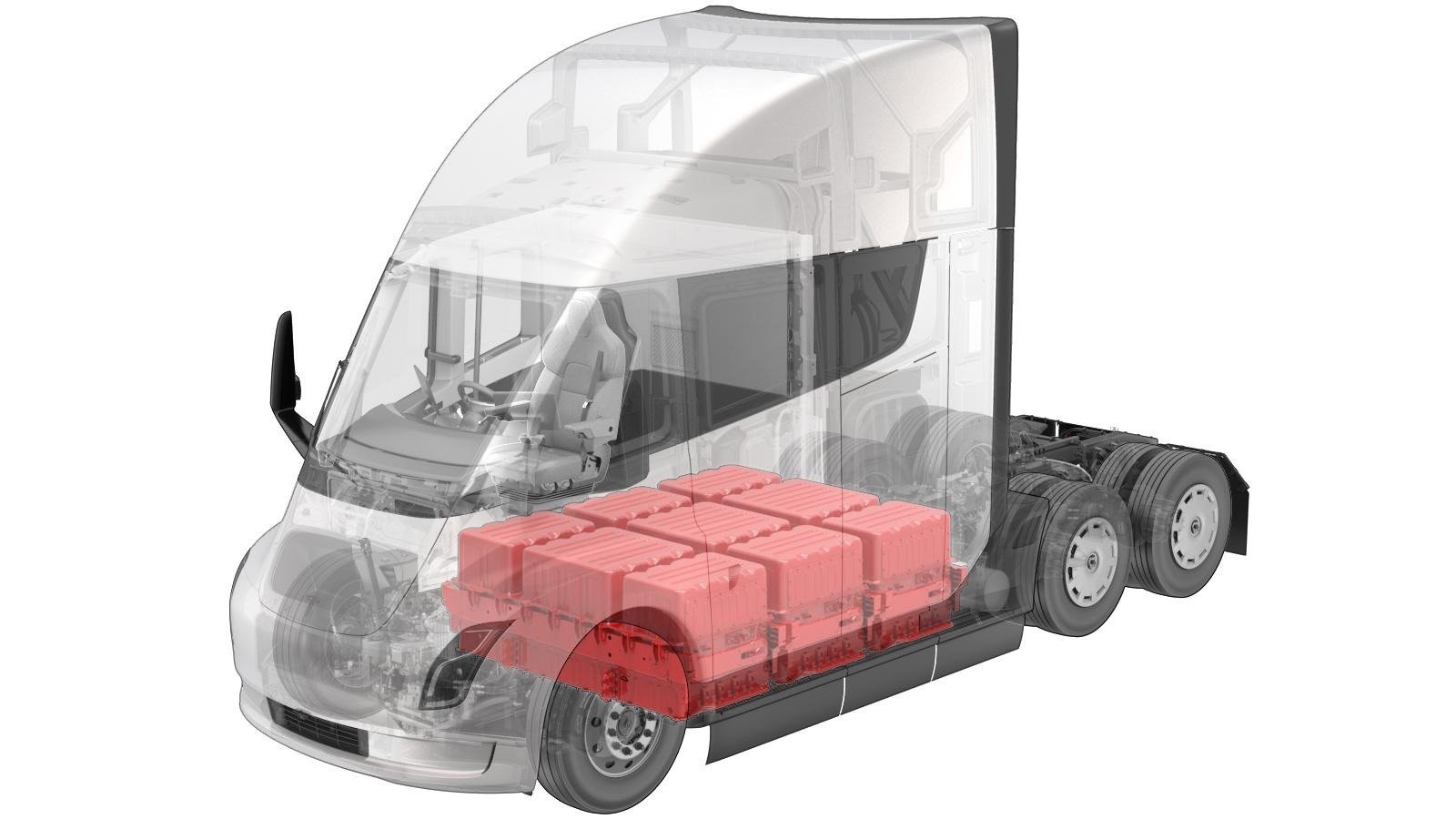 About a month after the first delivery event of the Tesla Semi, where it proved its 500-mile range, technical images have emerged of the long-haul electric truck revealing its battery location and more details about its weight.

Tesla data miner @greentheonly on Twitter has shared a series of technical images of the Semi, revealing its battery location, drivetrain configuration, and a VIN plate revealing the Semi’s gross weight rating of 22 135 kg. Not to be confused with the actual weight of the Semi truck without a trailer, this indicates the maximum load of the tractor. Unfortunately, no concrete payload figure is known yet.

Batteries under the cabin

The technical images show a battery pack consisting of nine modules in a grid formation under the cabin. The battery pack is rated at 1 000 V and has a capacity of around 900 kWh for the long-range model, which can achieve a fully-loaded (82 000 lbs or 37 000 kg) range of 500 miles. Megawatt charging allows the battery to be recharged up to 70% in 30 minutes.

There are two powered rear axles on the Tesla Semi, with three carbon-sleeved electric motors similar to the Model S/X Plaid. The ‘Torque’ axle has two motors and is only used under acceleration or heavy load; the ‘Efficiency’ axle has one motor and does most of the work at constant speeds.

No payload or price yet

With all that said, we still lack information about the payload of the Tesla Semi, probably the most crucial figure for transport companies, but the final price and delivery times are yet to be announced. Tesla delivered 36 Semis to PepsiCo in December, with the rest of the 100-truck order arriving in 2023, but no word yet on broader availability.