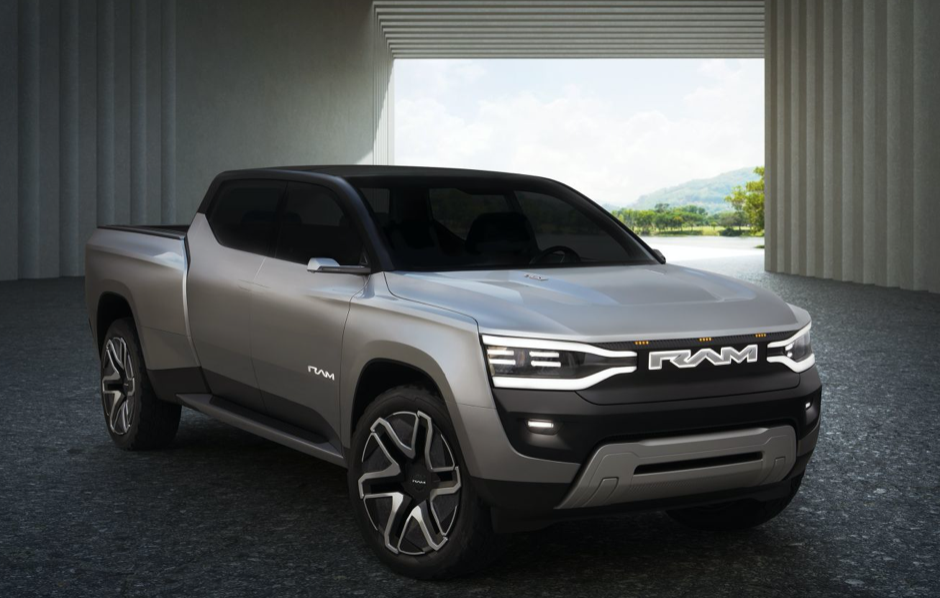 According to Stellantis, the electric version of the Ram 1500 pickup will revolutionize the market, but we will have to wait until 2024 for the production model /Stellantis

The electric Ram 1500 pickup Stellantis showed at the CES today is still a concept vehicle. Unlike what was rumored a few weeks ago, the production vehicle will not appear before 2024. Instead, the Ram 1500 Revolution BEV wants to give an idea of what Ram will be doing a year from now, “redefining the pickup truck concept”, as Stellantis puts it. The question is whether they won’t arrive too late.

“The Ram line-up will offer electrified solutions with disruptive, leading-edge advanced technology in the future. The Ram 1500 Revolution BEV Concept is the first chapter establishing how Ram will push past competitors’ future EV offerings,” says the press release.

“The Ram 1500 Revolution BEV Concept is our clearest signal yet that we’re on the precipice of something extraordinary at Ram, and points directly to where we’re going on our electrified journey,” said Mike Koval Jr., Ram brand CEO. “At Ram, we’ve redefined what pickup trucks can be and will do so again by pushing past what competitors are offering by delivering the best electric pickups on the market.”

“The Ram Revolution represents several important things to the Ram brand,” Koval added. “Of course, our new Ram 1500 Revolution BEV Concept serves as a roadmap to our electrified future. Yet Ram Revolution is also our philosophy as we redefine the pickup segment, with a steady drumbeat of announcements and initiatives as we embark on our electrified journey.”

At Stellantis, they’re convinced that they will redefine the pickup truck segment soon. “The Ram 1500 Revolution BEV Concept features an exterior design that is strikingly ‘brutiful’ – brutal yet beautiful,” the press release states. The doors have been reimagined, opening on an occupant space without a B-pillar.

The new proportions are achieved courtesy of the STLA Frame dedicated EV platform on which the Ram 1500 Revolution BEV Concept is built. In addition, new intelligent safety systems and smaller, more powerful electric motors afforded to shift the cabin forward and increase cabin length. As a result, the 1500 Revolution BEV Concept features a cabin four inches longer than today’s production truck for increased room and comfort while the bed length remains the same.

The Ram 1500 Revolution BEV Concept wants to provide a fully connected customer experience and advanced mobility features. It intends to deliver seamless connectivity to transform the experience for the driver and passengers. The Concept creates a connected hub that brings a consumer’s digital lifestyle into the vehicle, using advanced technology to create a customized space for each occupant.

The Ram 1500 Revolution BEV Concept features all-wheel-drive capability. It is powered by two electric drive modules (EDMs), which are positioned toward the front and rear of the vehicle, maximizing interior space and enabling a ‘cavernous’ frunk. Designed to accommodate larger capacity EDMs, the Ram 1500 BEV concept offers the potential for future high-performance applications. The concept can add up to 100 miles of range in approximately ten minutes allowing 800-volt DC fast charging at up to 350 kW.

Ram is showcasing a new inductive robot charger (‘Ram Charger’) at CES 2023, making home charging as easy as possible. It detects the vehicle’s presence and charging needs, automatically moves into position, and aligns itself under the car. In addition, the smart-charge capability will allow charging during an off-peak time, providing more convenience and less cost for the customers.

The Ram 1500 Revolution BEV Concept features four-wheel steering with up to 15 degrees of articulation. It is designed to offer better vehicle maneuverability while parking at low speeds and on tight off-road trails. It also increases the vehicle’s steering response at high speeds. Adjustable air suspension enables three modes: ingress/egress, aero, and off-road.

The electric Ram may be delivering some new features, but it’s coming relatively late on the market (in 2024). As a result, it will face stiff competition from the already Ford F-150 Lightning, which continues building strong demand, and the Rivian R1T. In addition, it will have to compete with GM’s Chevy Silverado EV and other EV pickups as they roll out.

The long-awaited Tesla Cybertruck is finally looming on the horizon, for instance, and according to the latest news, 1,5 million people have already shown some interest in it. Before 2024, there will surely be other competitors who want a part of the cake, so it won’t be a walk in the park for the electric Ram. Stellantis counts on the solid image the Ram brand (independent since 2009) has built up.

The latest J.D. Power APEAL study, which rates the emotional bond between customers and their vehicles, named the 2022 Ram 1500 as the best vehicle in the large light-duty pickup category. That’s the reputation the brand wants to build on. And sometimes, coming a little later, with a market more open to electrification, may turn into an opportunity.