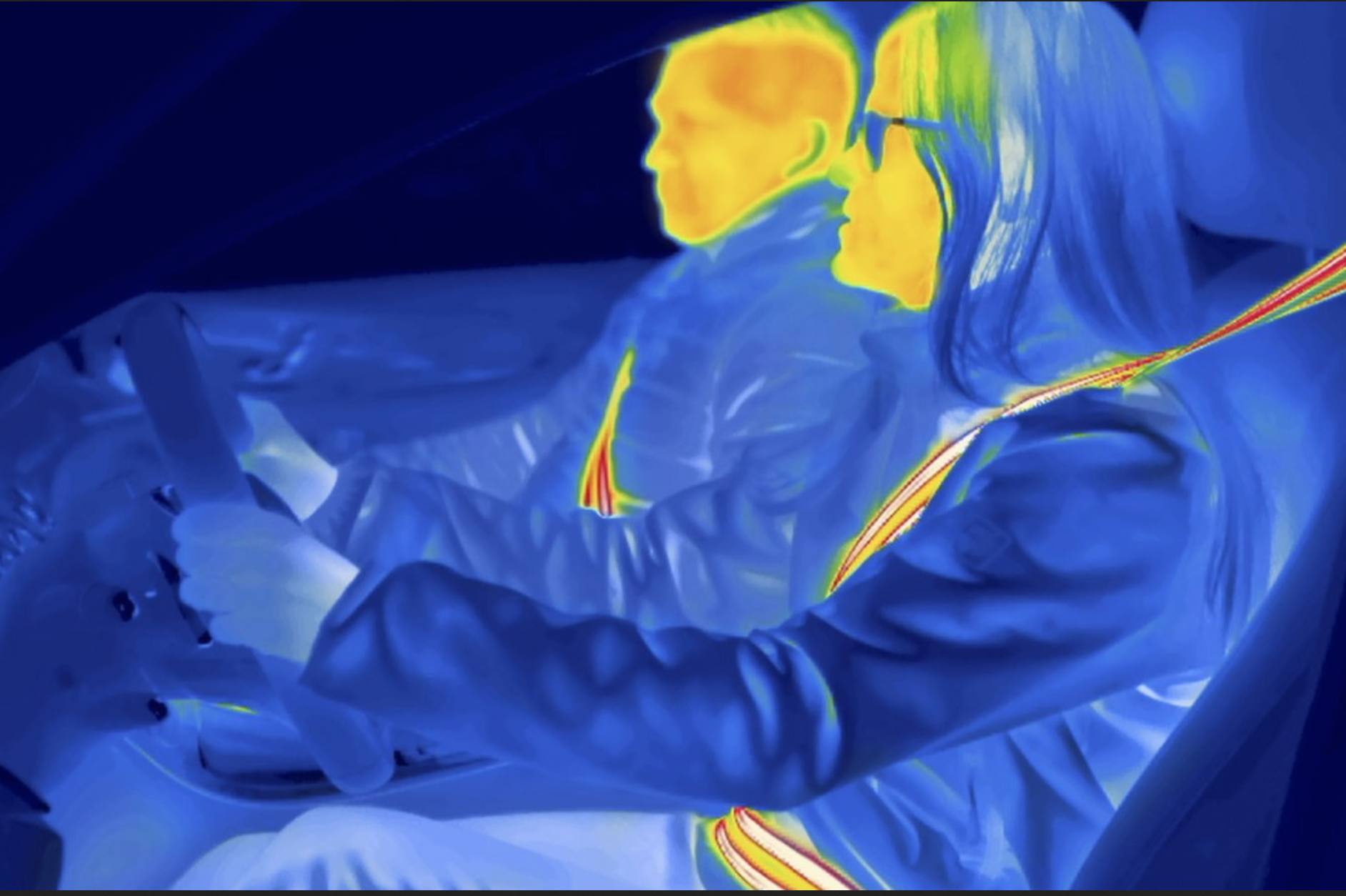 According to ZF, their heated seat belt can save up to 15% of electric energy after cold starts /ZF

The German automotive supplier ZF is looking to save range as much as possible for EVs. The latest attempt is a heated seat belt that claims somewhat surprising range improvements. At the same time, ZF is showing its next self-driving shuttle at the Consumer Electronics Show (CES) in Las Vegas.

The ZF ‘Heat Belt’ for electric vehicles allows drivers to reduce the energy used to heat the car, especially in combination with other contact heaters such as a seat heater, explains ZF.

The idea is to provide or direct heat close to the body, so drivers feel warm (enough) quickly rather than blasting the airco/heating system. This will come in handy, especially on short journeys when heating the interior air is very inefficient, as the air heated (requiring a lot of energy) is not used for long.

Up to 15% range increase

“The system may increase range by up to 15%,” the company claims, as it can provide “close-to-body warmth immediately after the driver starts driving, typically between 36 and 40 degrees Celsius.”

Most electric vehicles use pure battery power to warm the interior, as there is no usable waste heat to recover from a combustion engine. That’s where ZF wants to make the range gains of up to 15% by reducing the battery current used to heat the vehicle.

Integrated into the seat belt

ZF used a special textile processing method to weave the heating conductors into the seat belt structure. The contact elements for the electrical heating circuits are positioned so that they do not interfere with belt operation or retraction, the company assures. ZF also stresses that all relevant characteristics of the seat belt remain the same, so there are no added procedures or qualifications for the OEM, nor any disadvantages in passenger safety.

ZF has another tip for EV drivers to get warm quickly and efficiently: avoid wearing bulky items such as down jackets. It’s good advice in general since any seat belt fits closer to the body and can better restrain and protect the occupant in a crash when not wearing heavy clothing in between.

ZF also presents a Level 4 autonomous shuttle at the CES. The new model, for which ZF has already found a partner, will be launched alongside the company’s established shuttle because each vehicle serves a different purpose. The company says the newcomer has enough room for 22 passengers, with 15 seating. Customers can decide individually on the layout of the seating and standing areas and the interior.

There are also some choices for the electric drive, depending on the use case. With battery options ranging between 50 and 100 kWh, it can currently cover up to 130 kilometers at a maximum speed of 40 kph. Future generations will be able to speed along at 80 kph.

Since all four wheels are steerable and the vehicle can be lowered with the so-called kneeling function, the shuttle should be able to “dock precisely and provide barrier-free boarding and disembarking” by reducing the distance to the sidewalk as much as possible.

For autonomous driving, the new ZF Shuttle is equipped with lidar, radar, camera, and audio systems that provide precise environmental detection, the company says. The data are processed by ZF’s autonomous driving software, called ‘Virtual Driver’. The Virtual Driver uses artificial intelligence to derive safe driving strategies. The system is designed with redundancies to guarantee the full functionality and operability of the vehicles.

The new e-shuttle complements the already established autonomous shuttle. ZF can now draw on two types of vehicles, one primarily for use in segregated lanes, and the new one that will be used mainly in urban environments and mixed traffic. “Since driverless shuttles can ride continuously, public transport operators should be able to provide a mobility service on defined routes even when demand is low and expand routes,” ZF claims.

With the US mobility provider Beep, ZF already has a partner for its new shuttle generation: the agreement covers a planning volume of several thousand vehicles for use in some regions of the USA. Beep, based in Lake Nona, Florida, offers customers access to shared mobility services.

Beep has been testing autonomous shuttles for more than three years and has completed more than 100 000 hours of driving. The company operates the largest and longest-running private autonomous mobility network in the US in Lake Nona, Florida. Beep is also a partner of Holon, another autonomous shuttle manufacturer.