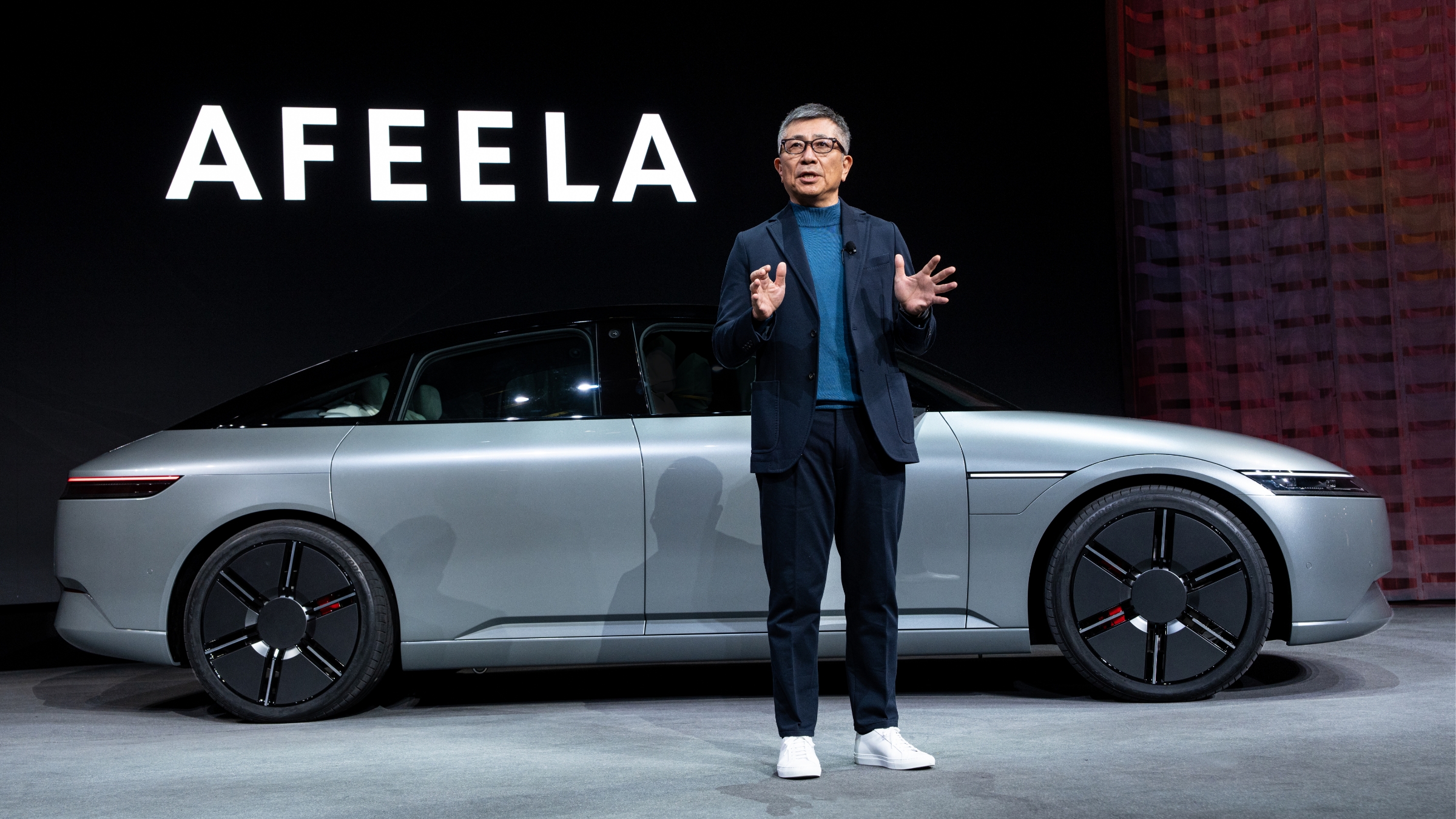 Sony Honda Mobility Inc. (SHM) is planning to launch as soon as possible two other models besides the sedan – an SUV and probably an MPV – under the new Afeela EV brand, announced at CES in Las Vegas last week. It would make no sense to limit the brand to one model for the first five years. “We need a lineup,” SHM CEO Yasuhide Mizuno told Autocar.

The sedan is planned as a ‘high value’ car to be positioned against a BMW i4 or Mercedes EQE, for instance. It will be built in an American Honda facility to be launched over there first, followed by Japan and Europe. Sales in Europe will start in late 2026 or the beginning of 2027 at the earliest.

The Afeela sedan is the first prototype car that will hit the road as a production car by 2026. The Japanese electronics giant and the carmaker say their prototype demonstrates “a new relationship between people and mobility”.

The latter is made visual already at the exterior of the car with a ‘Media Bar’ in the nose where the vehicle can show messages to its owner when he arrives, or pedestrians, for instance, crossing in front. Inside the car features as one can expect screens everywhere, spanning the whole width of the vehicle with an airplane-like steering wheel to maximize the view.

The press release states that the new brand name ‘AFEELA’  expresses an interactive relationship where people ‘FEEL’ mobility as an intelligent entity, and mobility ‘FEELs’ people and society using sensing and network IT technologies.

Little technical details are revealed of this Afeela, except its size (4 895  x 1 900 x 1 460 mm and a wheelbase of 3 000 m) and that it will be a four-wheel drive. The sleek spaceship-like streamline of the car suggests this EV is built to maximize energy efficiency and extended range. But there are no clues yet of what type of motor or battery to expect.

Sony-Honda promises a new human-machine interface (HMI), which looks promising with the simple, but futuristic-looking interior. “The interior is based on a gently rounded tone, wrapping the occupants in a soft cocoon, designed to be as simple as possible, minimizing distracting ornamentation and colors,” the developers claim.

The panoramic screen spans the entire front area, and the steering has been uniquely designed to minimize the distraction of the screen. Although Sony & Honda announce Level 3 autonomous driving capabilities (with the car capable of driving itself in particular conditions), backed by 45 cameras and sensors, you still will have to look through the windscreen to see what happens on the road. 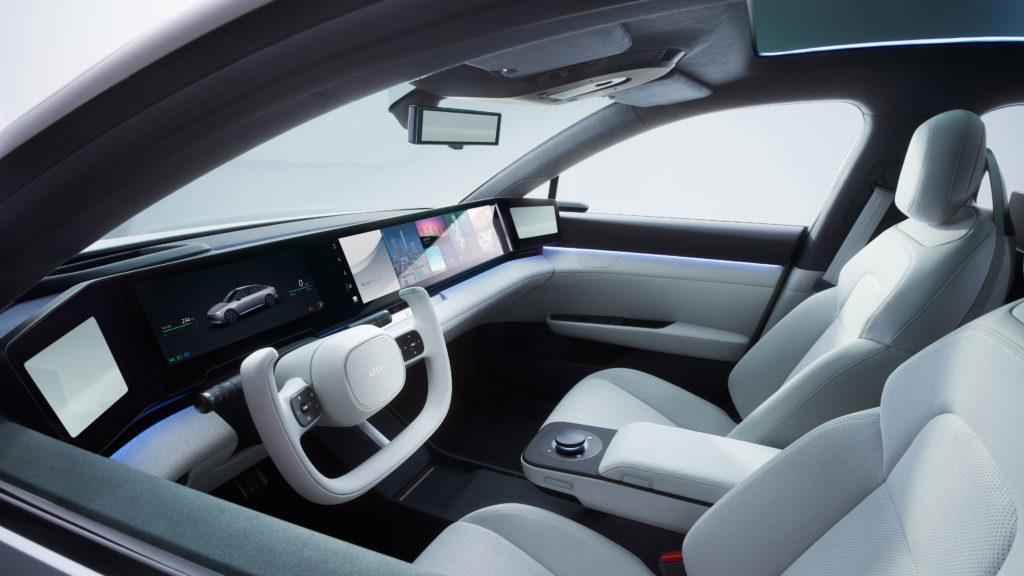 As you can expect from an entertainment expert like Sony, there will be a lot of interaction between the real and the virtual world, “exploring new entertainment possibilities through digital innovations such as the metaverse”.

In this, augmented reality is offered by projecting digital images over what you actually see outside. For this SHM partners with Epic Games to build new values and concepts for mobility, it claims.

Epic Games is a leading American interactive entertainment company and provider of 3D engine technology. It is most known for Fortnite, one of the world’s most popular online games with over 350 million accounts and 2,5 billion ‘friend connections’.

It looked back then that the chances of series production – to be built by Honda – were much better, but no actual dates were announced. Now the joint venture between the two Japanese companies spawned a new brand: Afeela, to make that happen.

And this time, it’s for real. As SHM announced at CES, it will develop the production model based on this prototype, plans to start taking pre-orders in the first half of 2025, and commence sales by the end of 2025. The first cars, aimed to begin delivering in the United States, would arrive in the spring of 2026.