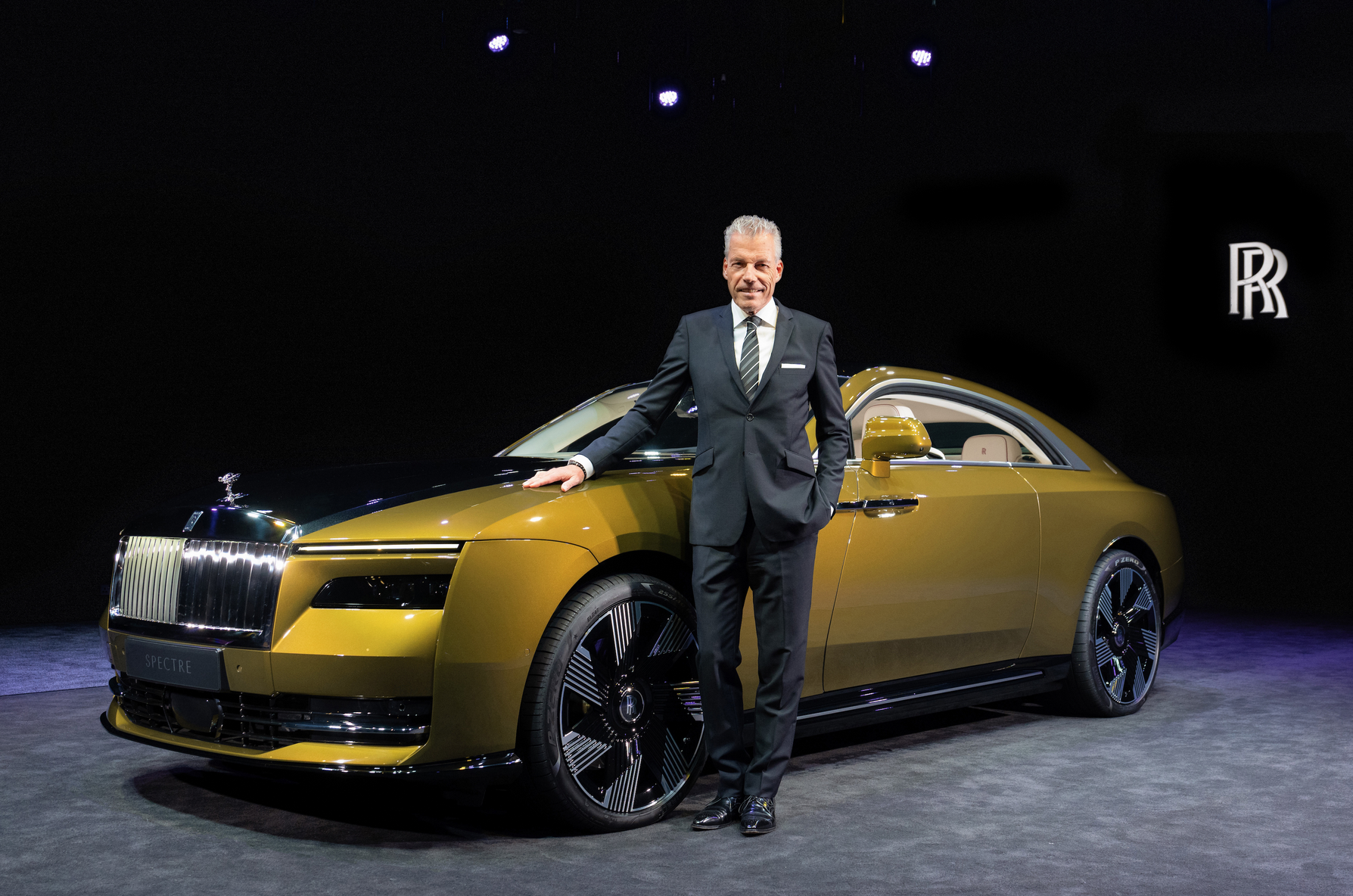 Rolls-Royce CEO Thorsten Müller-Ötvös standing in front of the first electric Rolls, the Sceptre, and very proud to announce his best sales year ever /Rolls-Royce

In 2022, the high-luxury daughter of BMW, Rolls-Royce, sold 6021 cars. Never before has the illustrious company sold so many cars: 8% more than the previous record year, and that was 2021.

Bentley sold more than 15 000 cars, also a record. So the Ukrainian war, the energy prices, etc., don’t affect the buying habits of the (super) rich, and the pandemic has pushed toward the automotive playground.

Not only did the company sell the most cars in one year, but their average price was also the highest. Half a million euros was the average, the region where this ‘Bespoke’ program – where you can optionally get almost everything you want if finish and equipment are concerned – flourishes the most is the Middle East.

So, it wasn’t a coincidence that Rolls-Royce opened its first ‘Private Office’ outside its home, Goodwood, in Dubai. More private offices will be introduced worldwide “to be closer to our clients and better aware of their wishes”.

“Being a real luxury brand, sales aren’t the only criterion for our success,” says Torsten Müller-Ötvös, long-time CEO of the prestigious brand. “Customization IS Rolls-Royce, our Bespoke program also reached record levels last year. As a result, the requests and demands of our clients get ever more creative and technically demanding. That’s a challenge, but we take it with enthusiasm.”

“We have reached this all-time record because we listen to our clients,” Müller-Ötvös continues. “Our products are a consequence of their wishes, and we try to make Rolls-Royce younger while at the same time staying exclusive and rare. Later this year, we will launch the world’s first ultra-luxurious electric coupé, the Spectre, and aim for total electric drive by 2030.”

Not so long ago, that same Thorsten Müller-Ötvös swore that Rolls-Royce would never produce an SUV. “Over my dead body” were his own words. Today, the CEO is still alive and kicking, but the Rolls-Royce Cullinan, the brand’s super luxurious SUV, is already the best-seller in the expanded portfolio for two years. The same goes for the Bentayga at Bentley.

Another scheme that worked is the ‘Black Badge program’, the possibility to have a Rolls-Royce that is a little bit more sporty, ‘naughty’ if you want, than the standard offer. It attracts younger customers, self-made men (not so many women), and successful sporters that have become millionaires in a couple of years.

The SUV hype that has conquered the car market over the last ten years has reached its highest levels. High-end brands like Rolls-Royce, Bentley, and Lamborghini have their SUV ready; the Ferrari specimen is coming soon. However, Porsche was the first to come with an SUV in these higher regions, the Cayenne. It saved the company at the time with its unexpectedly huge sales.

At Bentley also, the Bentayga SUV is the best-seller. In total, Bentley delivered 15 174 cars last year, 4% more than in 2021, and an all-time record. Bentley points at the new models, its hybrid cars, and also the personalized cars to explain the sales rise. “in a very unpredictable year, there were heavy crosswinds, but Bentley showed resilience to come to a third consecutive record year in a row,” said CEO Adrian Hallmark yesterday.

All over the world

The US is still the biggest market for Rolls-Royce, and sales have been increasing there, but Europe and China are also very important. China was the only region where sales were confronted with a decrease due to the pandemic and successive lockdowns, but the damage was confined to less than 10%.

But the rich and wealthy wander worldwide, so Rolls-Royce does business in over 50 countries. During the last three years, circumstances weren’t ideal to go on long world trips or very expensive pastimes, so the rich and famous (re)turned to the automotive for new toys. As a result, the luxury brands of this world have greatly sailed with it.