Volvo gears up BEV production in Belgium to 150.000 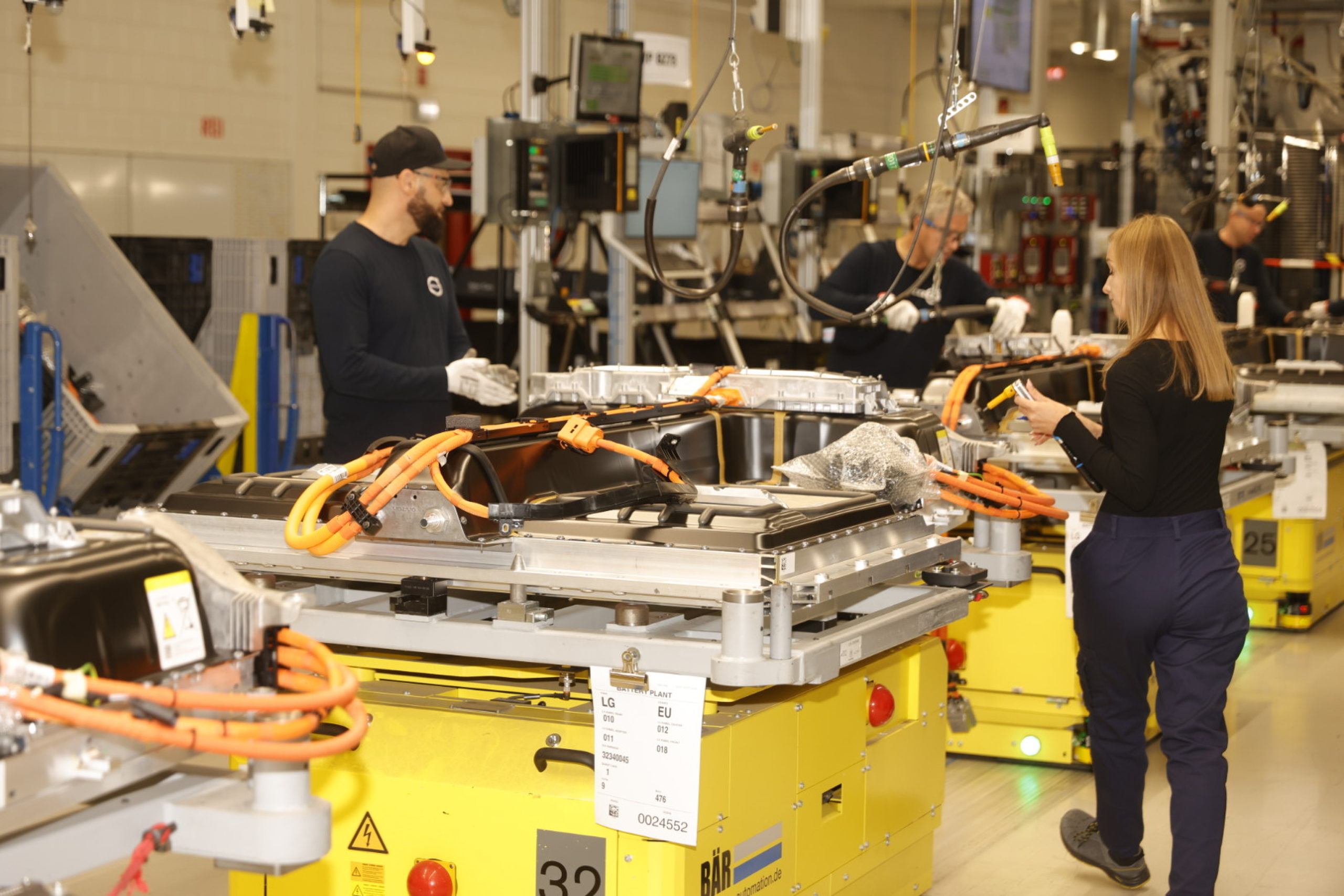 Volvo Car Gent, the Belgian production site pioneering the electric models of the XC40 and the C40 Recharge, is readying the factory to gear up production of fully electric cars (BEVs) to 150 000, compared to just over 70 000 last year. In 2040, this should be 200 000 in an utterly carbon-neutral plant.

Volvo Cars reported sales of 615 121 cars worldwide for 2022, down 12 percent compared with last year. The share of fully electric Volvos reached 10,9% during 2022, compared to 3,7% the year before. But the booming BEV trend is obvious, with global sales reaching 20,1% in December. In 2030, Volvo will sell only electric cars.

‘More orders than we can build’

“We have more orders than we can actually build,” says Stefan Fesser, CEO of Volvo Car Gent. Last year, the Belgian factory hired more than 1 000 extra staff and is now expanding its battery assembling plant with another 5 000 square meters to cope.

In Belgium, apparently, the range anxiety for a full-battery-electric car still rules, with PHEV sales peaking at 47%, compared to 28% of BEVs. The latter is 4% better than the targets set by Volvo Belgium, but as PHEVs still are 100% fiscally deductible until mid-2023, they keep on booming.

This is despite studies confirming they are actually the most costly solution when the Total Cost of Ownership (TCO) is compared. In Belgium, the bulk of electric Volvos sold is company cars, Elfi Janssens, MD of Volvo Car Belux, confirms.

Private buyers remain reluctant to consider a BEV as – like everywhere else – they merely focus on the higher purchase prices of electric cars that are ‘out of reach’. Janssens admits there is a responsibility lying with the marketeers at the car manufacturers to show people that, when considering TCO, electric cars today are on par or even cheaper than ICE cars.

The rest are classic ICE models (17,4%), like the XC40, V60, and V60 Cross Country, or mild hybrids (28,9%). All are built on the same assembly lines, with electric and ICE models alternating randomly according to production planning. This still is the most efficient way, says Stefan Fesser, allowing flexible adjustments whenever needed.

By extending the plant by 5 000 square meters, the battery assembly capacity should reach 300 000 by mid-2023. Eventually, Ghent was in the running for Volvo and Northvolt’s new jointly-owned battery cell factory. Still, in the end, both Swedish-rooted companies decided to embark on production in Göteborg in their homeland. The plant will be operational in 2025, reaching its full potential of 50 GWh per year in 2026.

Volvo Car Gent hired an extra 1 000 people last year to beef up its production goals. This is a challenge, as all industries have difficulties finding skilled people today. Volvo runs an extended program of recruiting personnel by going to the schools early on to inspire youngsters and by making integration easy for non-Dutch-speaking candidates.

Among the 7 000 people working in Ghent today, Volvo notes 53 different nationality backgrounds. Although a lot of them are second or third-generation migrants living in Belgium, not all speak Dutch.

And that’s a requirement for safety reasons on the work floor, CEO Stefan Fesser says. The company provides Dutch language training, and after six months, new recruits have to prove they have mastered a basic level of Dutch. That includes the big boss, who assures us (in English) that, at the factory, he also speaks Flanders’ native language.