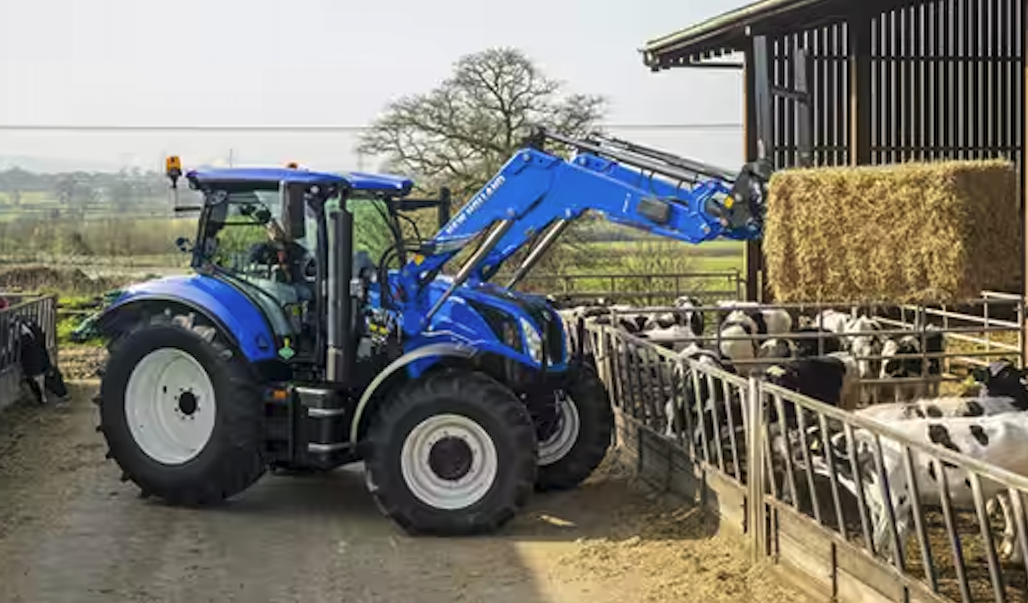 On Thursday, New Holland Agriculture, a global player in agricultural machinery, showed in Belgium its first tractor that runs on methane, a gas emitted from various anthropogenic (human-influenced) and natural sources, like cows, goats, and sheep.

The vehicle was presented at Agriflanders, an agricultural fair in Flanders Expo (in Ghent, Belgium). Earlier, two new prototypes of tractors (T7 Methane Power Liquid Natural Gas and T4 Electric Power) were presented at the CNH Industrial Tech Day event in Phoenix, Arizona, US, in December 2022.

The T7 Methane Power LNG prototype looks like an ordinary tractor but runs on biomethane. This (greenhouse) gas is captured from the manure produced on the farm, making the farmer energy-independent.

By capturing the gas, preventing it to release into the air, and then using it to burn it, biomethane is considered a carbon-neutral renewable gas. The way in which methane fuels burn in the engine is cleaner than fossil fuels. The biomethane tractor is 30% more expensive than a classic vehicle but, at the same time, 30% cheaper in consumption. It is built in the UK.

The prototype unveiled in Ghent was developed to meet the growing demand for high-horsepower machines that combine outstanding performance with reduced emissions and operating costs. The tractor can store four times more fuel than compressed gas by using liquefied methane, increasing the vehicle’s autonomy spectacularly.

The T7 Methane Power LNG can be powered by liquid biomethane from manure and liquid manure from livestock, making it even more sustainable. It can reduce the carbon footprint of an average dairy farm and the consumption of CO2-intensive chemical fertilizers, fossil fuel consumption in tractors, electricity generation, heat supply, and the need to fertilize.

New Holland’s project ‘Road to Carbon-Neutral Farming’ is intended to provide customers with machinery running on alternative fuels while working on a comprehensive approach to reducing the carbon footprint in agriculture.

Belgium has thousands of farms that could be interested in the technology. Farmers will benefit significantly from reducing their CO2 emissions by switching to biomethane for transport.

Apart from the biomethane tractors, New Holland also wants to market small electric tractors. In Ghent, just like in Arizona, the company displayed a prototype of the T4 Electric Power, the first fully electric tractor with several autonomous features for general use in agriculture. Its battery offers excellent runtime, up to one full day’s use, and can be charged in just one hour with a fast charging system.

According to New Holland’s press release, “this tractor is perfectly suited to lower power operations and marks a major milestone on New Holland’s journey toward electrification”.