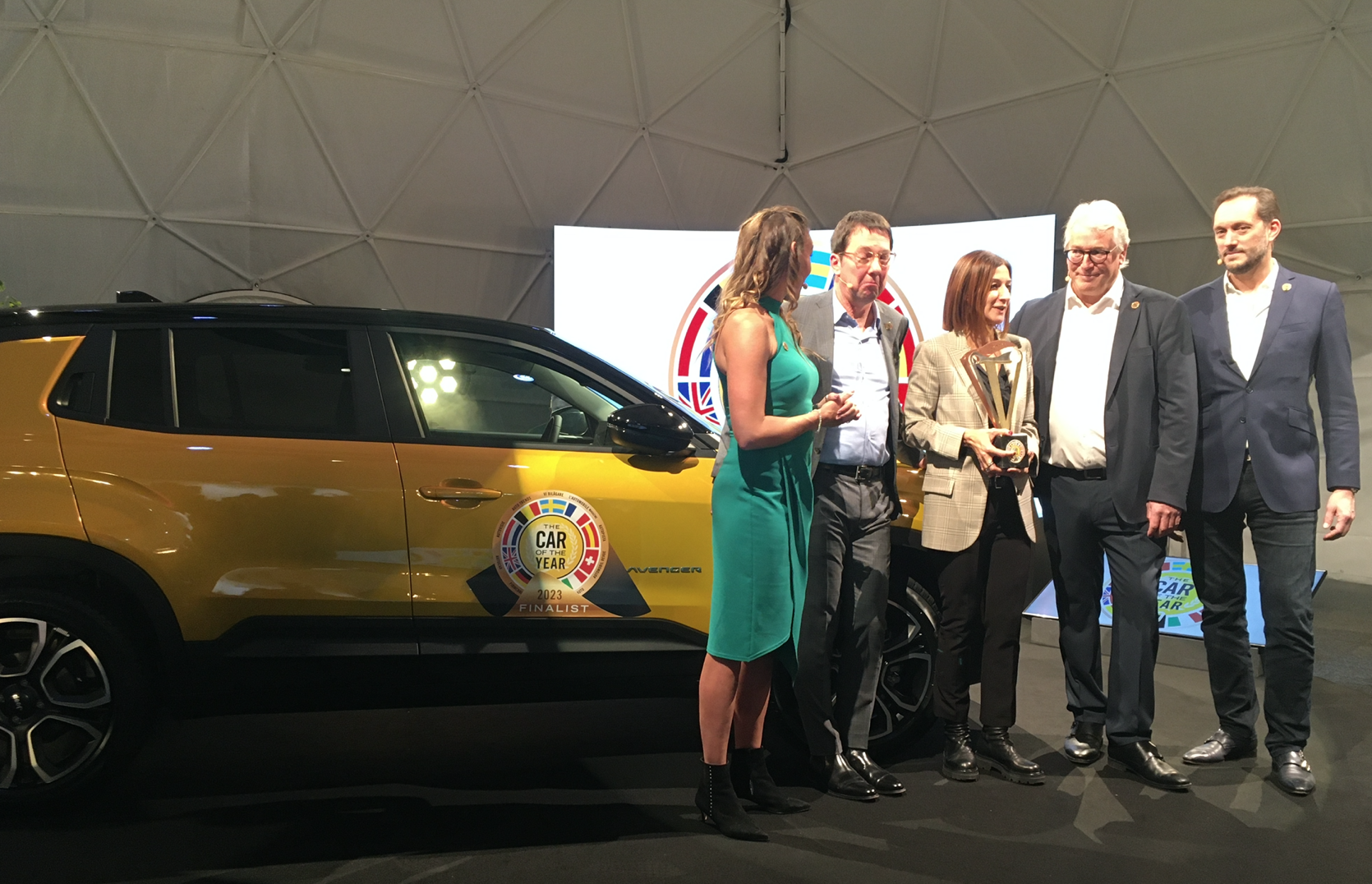 The award ceremony for the Car of the Year 2023 took place at the Brussels Motor Show. The winner is the Jeep Avenger EV /NMN

For the first time, the award-winning Car of the Year (COTY) ceremony was at the Brussels Motor Show. Fifty-seven car journalists from 23 countries have finally voted for the fully electric Jeep Avenger as COTY 2023.

Before the voting, there was no great rival this year, although the VW ID. Buzz was the most noticed contender. Nevertheless, the Jeep Avenger won by a large margin.

The Avenger assembled 328 points, 87 more than the ID. Buzz. The Nissan Ariya arrived in third place (211 points), and the Kia Niro was fourth (200 points). The two ICE cars came in fifth and sixth place; Renault Austral obtained 163 points, and the Peugeot 408 got 149 points. Finally, the pure electric twin brothers Subaru Solterra and Toyota bZ4X arrived as the finalists in seventh place with 133 points.

When one takes a closer look at the voting grid, one can still see significant differences between the regions in Europe. But, of course, a lot has changed since the Nissan Leaf was the first purely electric car that became COTY in 2011.

More and more BEVs have gained the ranks of the finalists, and this year they were five out of seven; the other two (both French) being ICE cars, also available as plug-in hybrids. Last year’s winner, the Kia EV6, was also a pure electric car.

But there are still significant differences between grosso modo, the votes of journalists coming from the northern and western parts of Europe, and the more southern and eastern parts. The first group tends to be more inclined to electric; the latter still has strong feelings for ICE cars, although this is also changing.

Although the jury committee has been making great efforts lately to diminish the influence of the five most important (car manufacturing) countries in Europe, they still represent 30 journalists (six for France, Germany, Italy, Spain, and the United Kingdom).

Some of them have distinguished themselves as more biased toward internal combustion; the French, for example, voted in a large majority for the Renault Austral, and the Spanish were the most inclined to vote for an ICE car (Renault and Peugeot).

The Germans and English, on the contrary, were clearly in favor of electric propulsion, the Italians situating themselves somewhere in between. The Jeep Avenger was not the most original or technically interesting BEV, being a clone of the Peugeot e-208 or Opel Mokka/Corsa electric. Still, it was one of the least expensive EVs, which also plays an important role.

Outsiders for a different reason

That the far from a cheap Volkswagen ID. Buzz still obtained second place, indicating VW’s youngest EV’s big potential and attractivity. Many things play a role here, including the reminiscence of an old icon, the T1 bus, or ‘bulli’ from the fifties. It has undoubtedly awakened things at some level, proven by the overwhelming demand for the car VW has experienced since its launch, despite the prices being at a seriously higher level.

The Kia Niro was more interesting than its fourth place suggests, but it had the disadvantage that last year, a Kia won the contest, which has proved to be an almost insurmountable handicap for the same brand the year after. 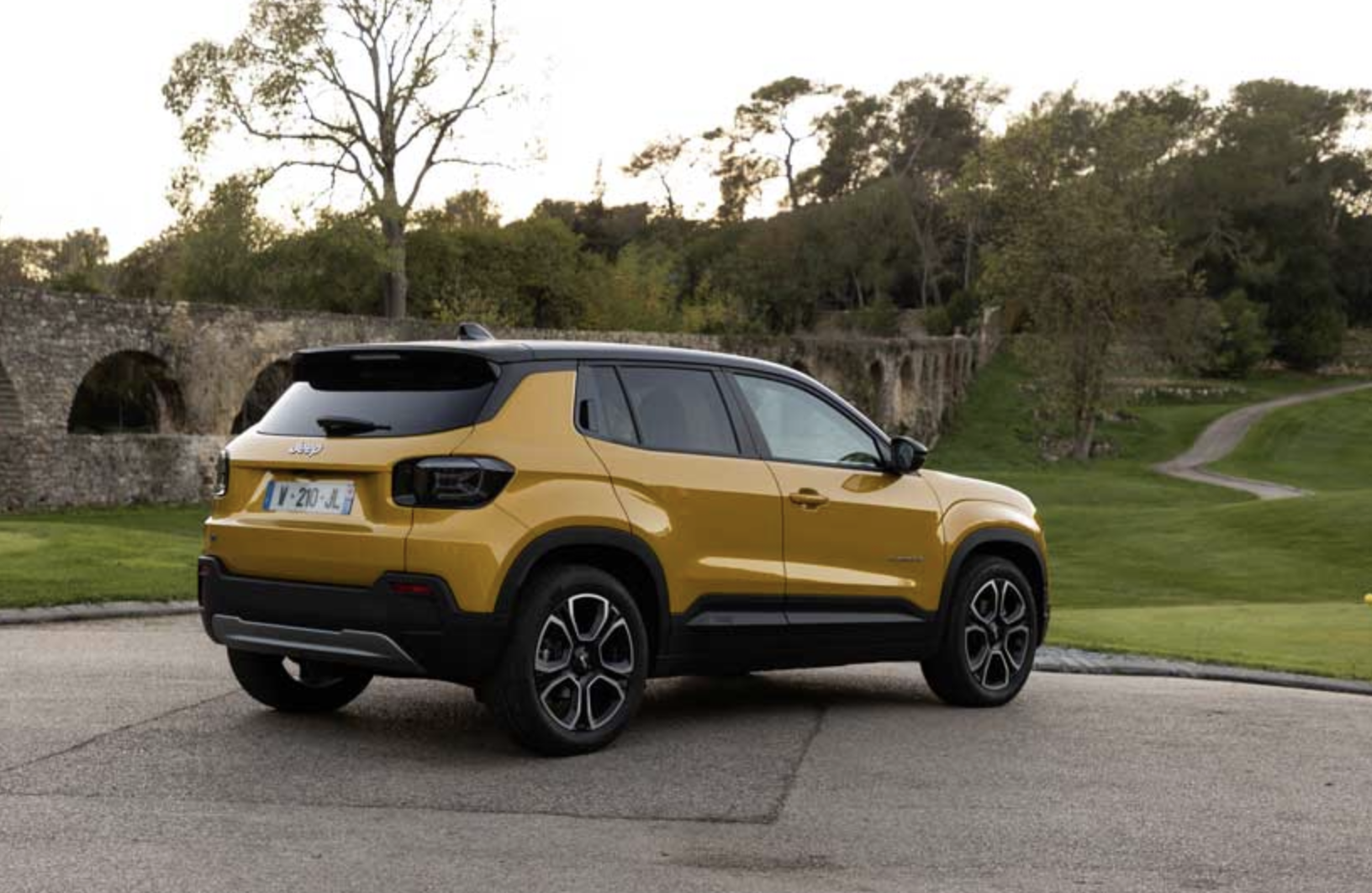