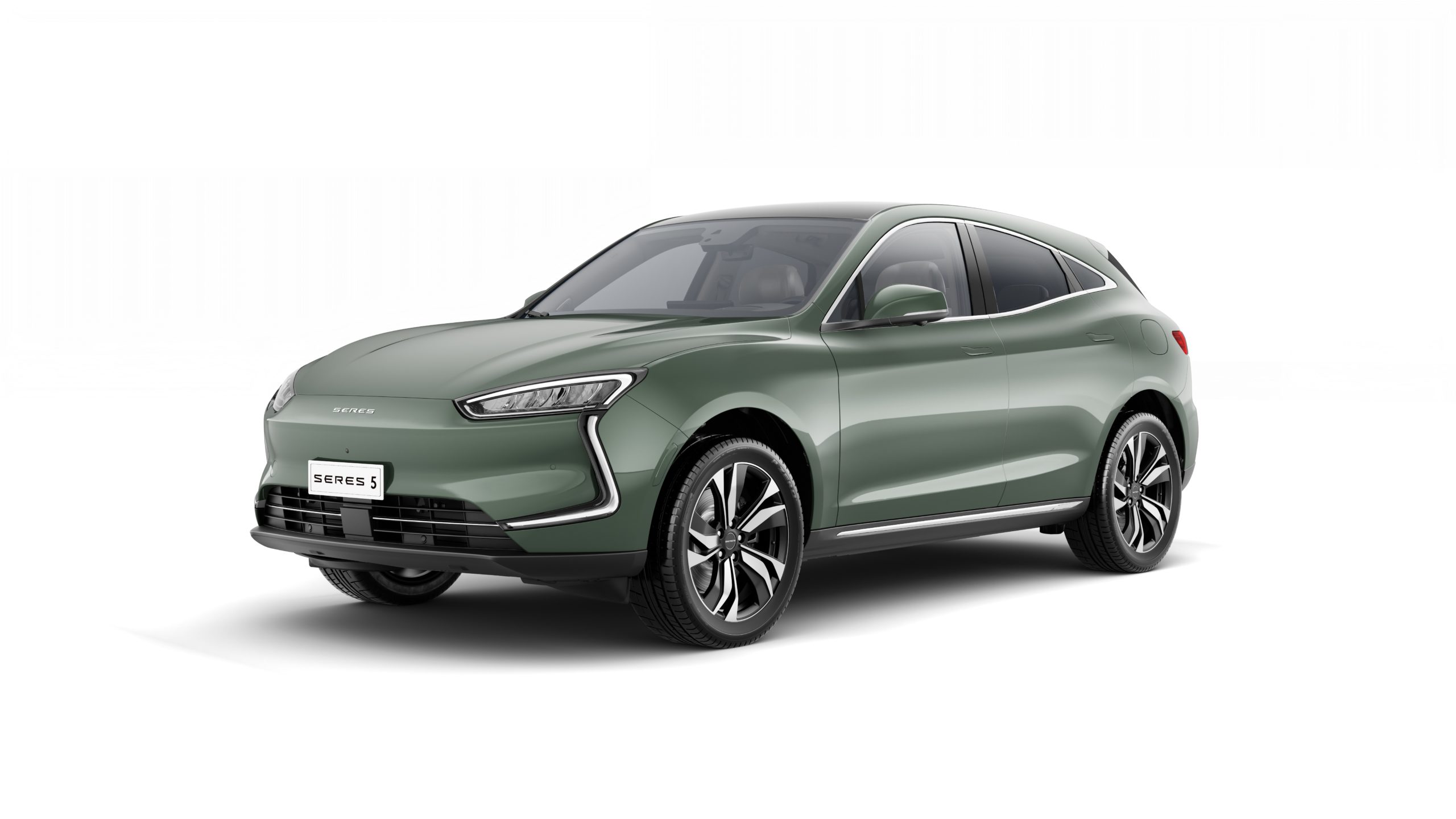 The American-Chinese manufacturer Seres, from the same group as DFSK, has launched its second model for Europe at the Brussels Motor Show. The Seres 5 is a midsize electric SUV with up to 585 hp and a driving range of around 500 km.

Seres was first introduced to Belgium and other European markets with the Seres 3, a compact electric SUV in the same class as the MG ZS EV. It has a 163 hp electric motor powered by a 54 kWh battery, offering a WLTP range of 329 km for a price of 32 690 euros.

This Seres 5 steps it up a notch, both in terms of size, driving range, and price. It’s 31 cm longer than the Seres 3, 4,7 meters in total, with a 2,88 m wheelbase, which places it in the ballpark of the Skoda Enyaq iV or the Tesla Model Y. Thanks to the smooth-shaped bodywork, Seres can boast a 0,28 Cd drag coefficient.

In terms of power, Seres offers two powertrain options: a rear-wheel drive variant with a single motor and a four-wheel drive variant with two electric motors and up to 585 hp. That should allow the Seres 5 to jump from 0 to 100 km/hour in 3,7 seconds. The RWD variant has an 80 kWh battery, and the 4WD gets 90 kWh, with driving ranges of 500 and 530 km respectively – although WLTP figures are yet to be confirmed.

To compare: a fully-loaded Tesla Model Y costs 76 620 euros with Full Self Driving, a useless option for now in Europe, while the Skoda Enyaq RS iV costs up to 76 015 euros – although that has quite a bit less power. Seres will have to impress to justify its prices.