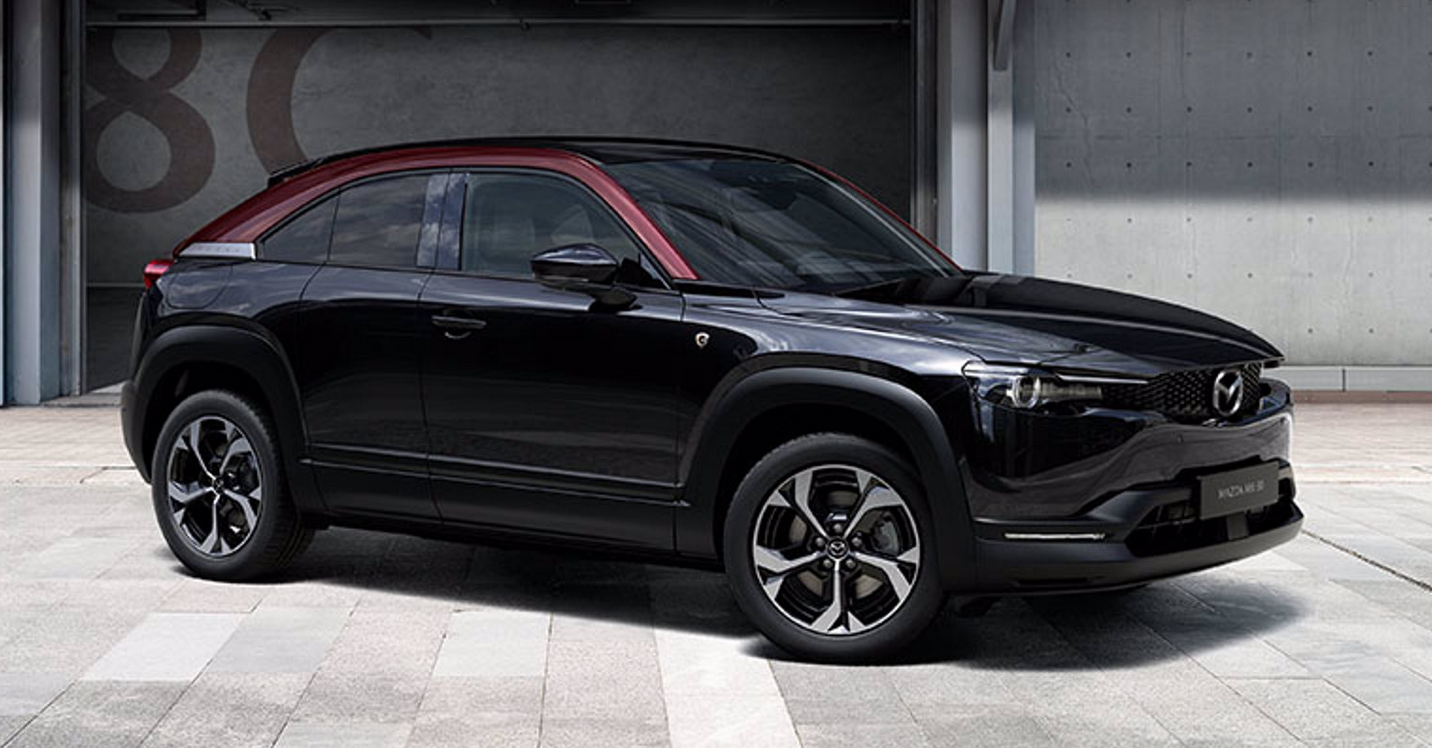 The new version of Mazda’s MX-30 is a plug-in hybrid with an additional rotary engine functioning as a generator. The range is 85 km pure electric and +600 km as a whole /Mazda

As we were already hinting at a few weeks ago, Mazda revealed a new car at the Brussels Motor Show. The independent Japanese manufacturer is adding a plug-in hybrid version to its battery-electric MX-30. The MX-30 e-Skyactiv R-EV is the announced new variant with a rotary engine acting as a range extender. It’s sold at the same price as the BEV version.

The wheels of the newly arriving version are also driven solely by the electric motor, the newly developed rotary engine provides additional range functioning as an electric generator. Mazda gives the purely electric WLTP range of the new 122 kW PHEV version as 85 kilometers. That’s less than half compared to the BEV version (200 km) because the battery for the PHEV has been shrunk by half to 17,8 kWh capacity.

Sprinting to 100 kph takes 9.1 seconds, and Mazda specifies a top speed of 140 kph The price of the new MX-30 e-Skyactiv R-EV in Belgium starts at € 37 070, exactly the same as the all-electric variant. The car can be ordered as of now . In the summer of 2021, there was still a little hesitation and  a Mazda spokesperson was quoted in media reports as saying that the market launch for this variant was uncertain. In the autumn of the same year, however, the project was given the green light.

Mazda has given some details of the serial plug-in system. Under the hood is not only an electromotor but also a newly developed single-disc rotary engine (code name 8C) with a chamber volume of 830 cc. It has a maximum output of 55 kW and operates with direct petrol injection and a compression ratio of 11,9:1.

The unit is combined with a 122 kW AC synchronous motor at the front, which drives the wheels. The rotary engine, coupled to a generator, only produces electricity for the electric motor and the battery. Thanks to a 50-liter fuel tank (petrol) in front of the rear axle, the total range of this car is more than 600 km, according to Mazda engineers.

Like the battery-electric Mazda MX-30, the plug-in hybrid is equipped as standard with a three-phase AC charger for a charging power of up to 11 kW. DC charging is also possible: At a DC fast-charging station, the battery is charged from 20 to 80 percent in about 25 minutes, promises Mazda, indicating that DC charging never exceeds 50 kW.

There is a possibility to tap electric power from the car (max. 1500 W), and the driver can choose between three driver modes: normal, EV, and charge. At the show, Mazda presented its newling in Edition R version, a special launch model in exclusive outer colors and an almost totally black interior. The presence of a rotary engine is symbolized by a rotary emblem on the foot mats and the headrests.

We remember once having driven a prototype Mazda RX-8 sports car (the last one before this MX-30 with a rotary engine), combusting hydrogen instead of petrol. Technically speaking, Mazda could fairly easily reconvert its new rotary engine to burning hydrogen instead of petrol, replacing the fuel tank with a hydrogen pressurized tank. The car would then turn into a zero-emission vehicle.

When asked, the Mazda engineers seemed slightly reticent to answer that suggestion. They reply it’s still not simple to do, that there’s the problem of refueling stations for hydrogen, etc. To become even greener with this ‘range extender’ solution, they’re thinking more of e-fuels in the near future. That’s one of the reasons that Mazda is still participating in the e-fuel alliance several manufacturers and oil companies have created. 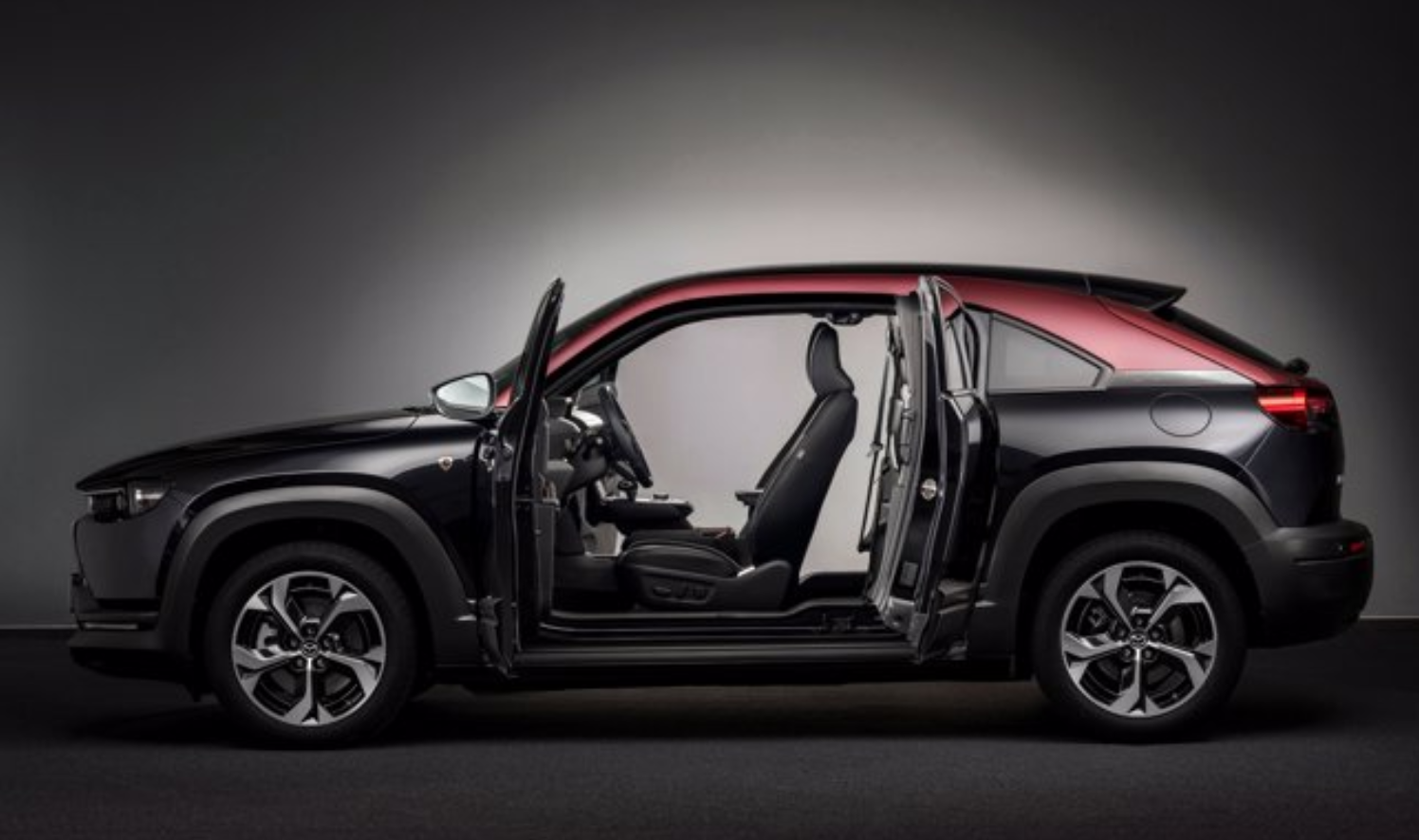 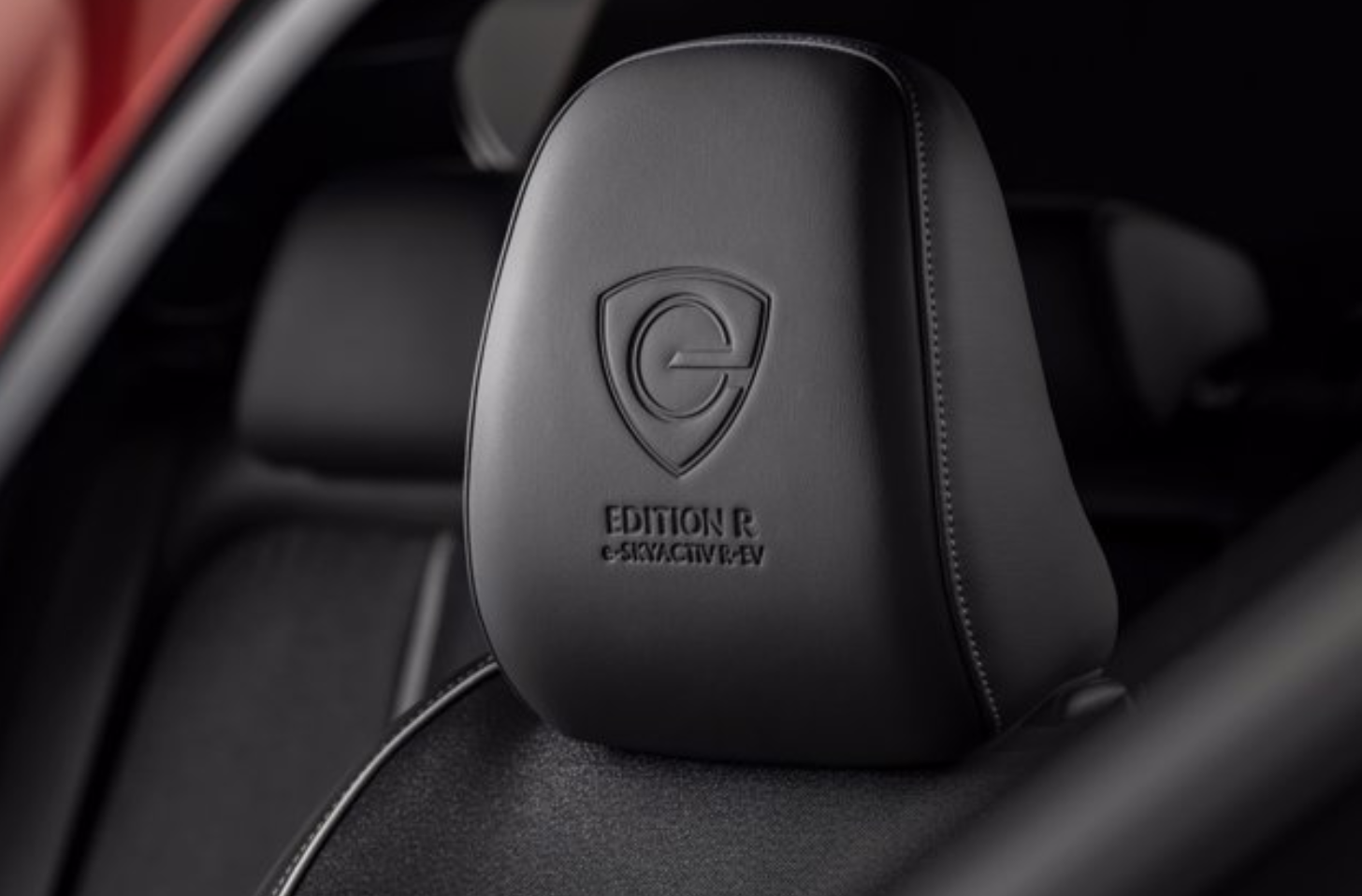