EU car market at its lowest level since 1993 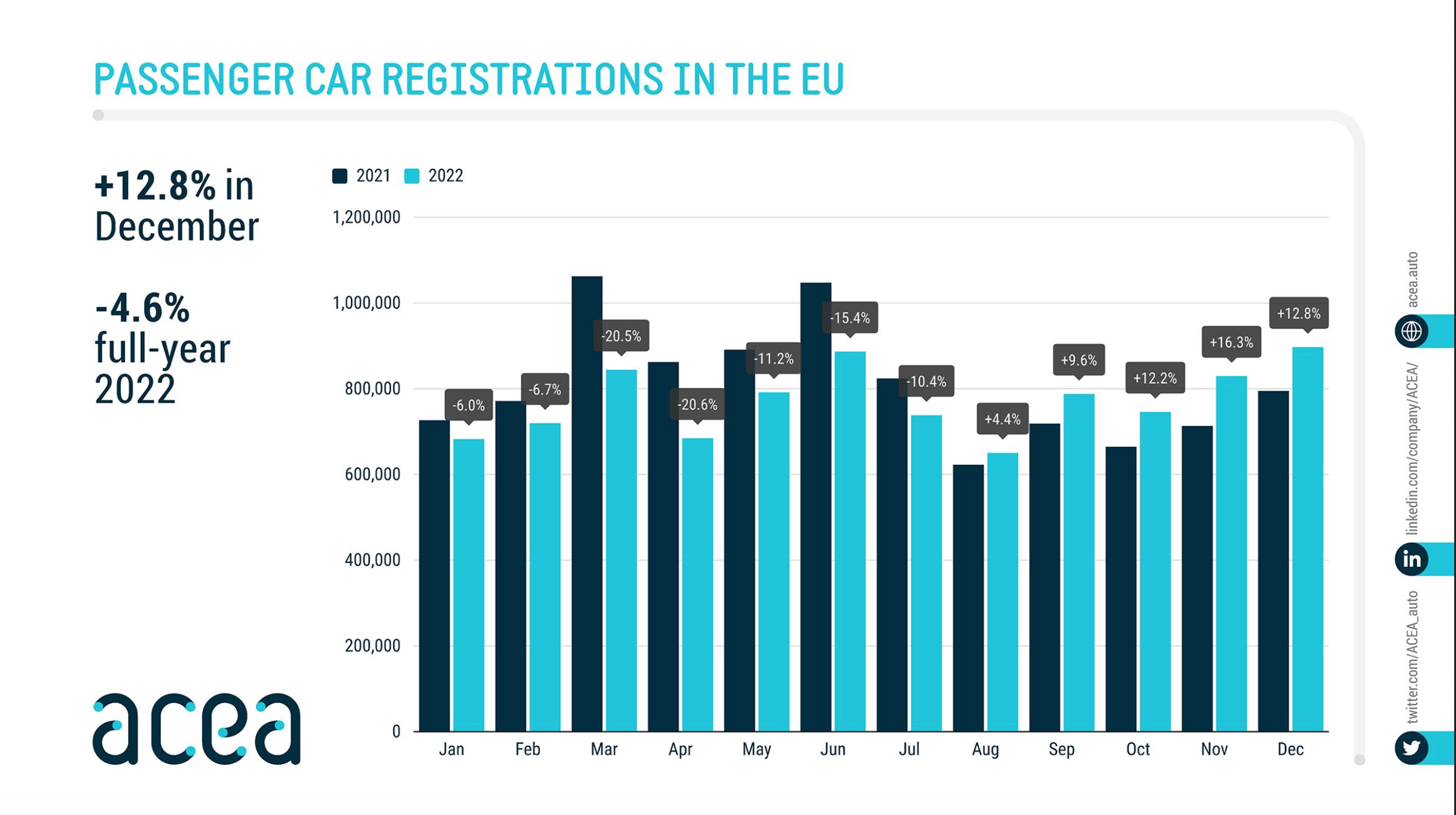 From August onward, the EU market is slightly recovering, but nobody knows yet what 2023 will bring /ACEA

In December 2022, new car registrations in the EU expanded by 12,8%, marking the fifth consecutive month of growth this year. However, in 2022, the European Union passenger car market contracted by 4,6%, mainly due to component shortages in the first half of the year.

Although the market improved from August to December 2022, cumulative volumes stand at 9,3 million units, the region’s lowest level since 1993, when 9,2 million units were registered.

Is the market slowly catching up?

In December 2022, new car registrations in the EU expanded by 12,8%, marking the fifth consecutive month of growth this year. However, despite this positive result, only two of the region’s four major markets recorded growth.

The German and Italian car markets had an extremely strong end to 2022, posting double-digit increases of 38,1% and 21,0%, respectively. Conversely, Spain suffered a substantial decline (-14,1%), whereas France remained stable (-0,1%).

The excellent results in Germany and Italy are undoubtedly due to imminent changes in tax and incentive regulations, so one should wait a little longer to see what will happen this year. However, the European car industry remains under pressure because of the shortages of specific components.

At the Brussels Motor Show, it was clear that the Chinese car industry was also ready to come to Europe. Seven Chinese brands were trying to attract the visitor’s attention. This a tendency we also saw in Paris (the Mondial) last October, where the new Chinese brands were the ones that partly saved the show.

They’re also far better prepared now than with earlier attempts. Where electric cars are concerned, they seem to have an advantage (sometimes technically, nearly always with pricing). Hence the recurrent warnings of people like Stellantis CEO Carlos Tavares that Europe is letting its car industry down.

Last year, the Stellantis Group canceled its membership in the European car manufacturers association (ACEA) because, in Tavares’ view, the association wasn’t clear and strong enough to defend the European car industry. Today, Tavares declared that the group would stop all lobbying initiatives toward the EU authorities because of their apparent refusal to react appropriately to the awaiting threats.