Educam’s hydrogen ‘ecosystem’ has been developed for interventions on H2 vehicles. The concept of the two facilities could easily be reproduced by entrepreneurs in the automotive sector /Educam

In addition, the organization has invested in hydrogen-ready infrastructure in both parts of the country, which is unique in Europe. Therefore, these two model workshops are suitable for teaching interventions to hydrogen vehicles in all safety, and they also represent an infrastructural blueprint for the automotive company.

At the end of October 2022, the European Union decided on a total ban on the sale of new ICE vehicles as of 2035. Moreover, the phasing out of gasoline, diesel, and hybrid engines now paves the way for zero-emission solutions. As a consequence, the entire automotive sector has to adapt. Hence the introduction of Educam’s new training program.

Critical elements in Educam’s action plan are the two training workshops in the training centers in Lokeren and Liège, designed and built in close consultation with hydrogen experts. In addition, the infrastructure for the training and certification of employees is equipped with didactic stands to learn how to work with this alternative type of drive.

The different modes allow focusing separately on specific elements of the engines, batteries, or fuel cells. In addition, there are two hydrogen vehicles available to teach the global operation of hydrogen systems.

The initiative is a European first: never before has such an extensive ‘ecosystem’ been developed for interventions on hydrogen vehicles. Moreover, the concept of the two facilities could easily be reproduced by entrepreneurs in the automotive sector who maintain hydrogen vehicles.

Similar workshops could be integrated into new or existing buildings but with a much stricter approach than for electric vehicles because hydrogen is volatile and flammable.

The area intended for this purpose must be equipped with specific safety systems, such as detectors, a visual alarm, a special ventilation and extraction system, and automatic doors or gates in the event of an alarm.

Anyone working on hydrogen vehicles needs to have specific technical skills and know-how everything works and which tools to use. In addition, Educam organizes strategic workshops for business leaders about the impact of new powertrains, such as hydrogen, on the organization of their automotive company. 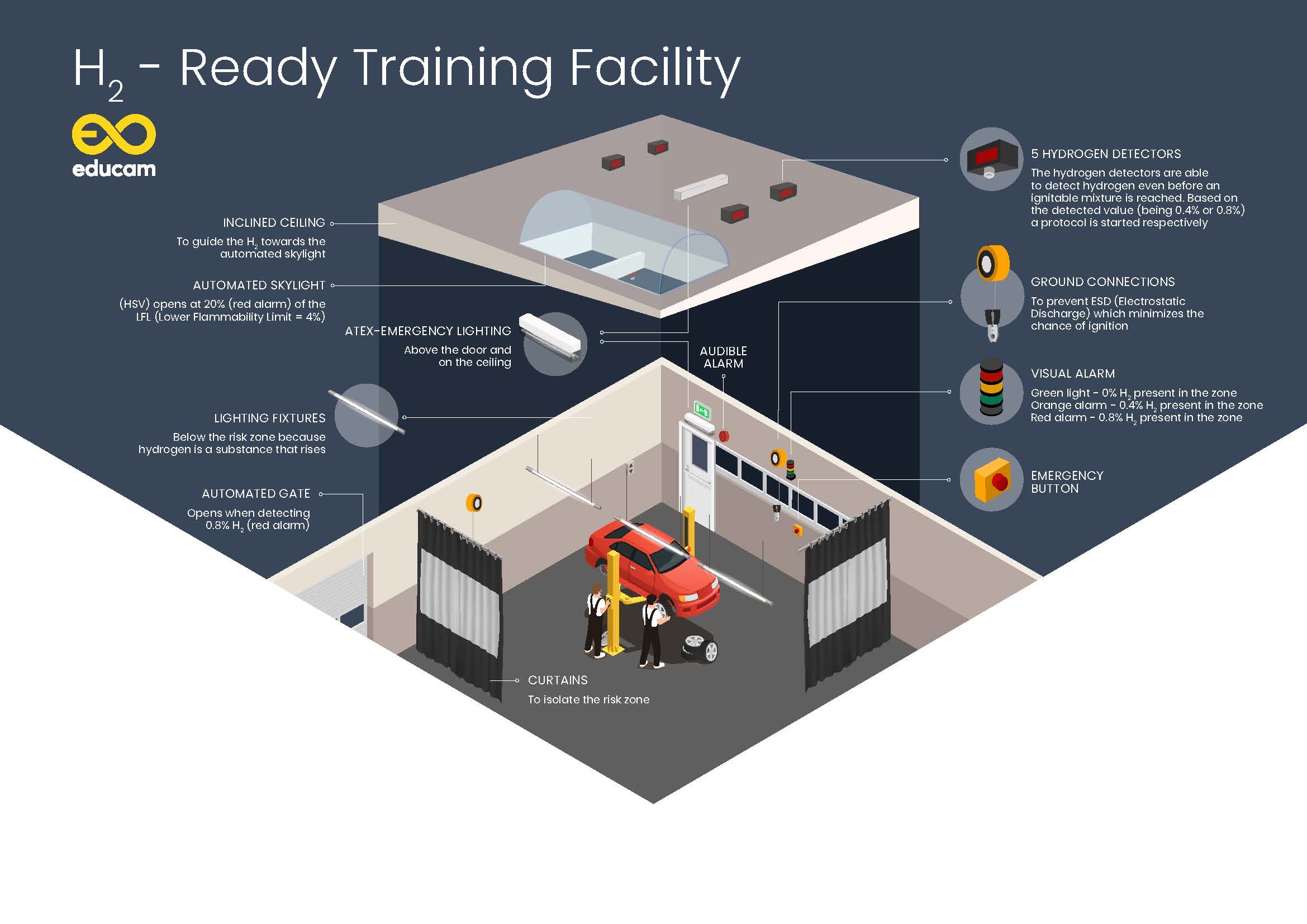