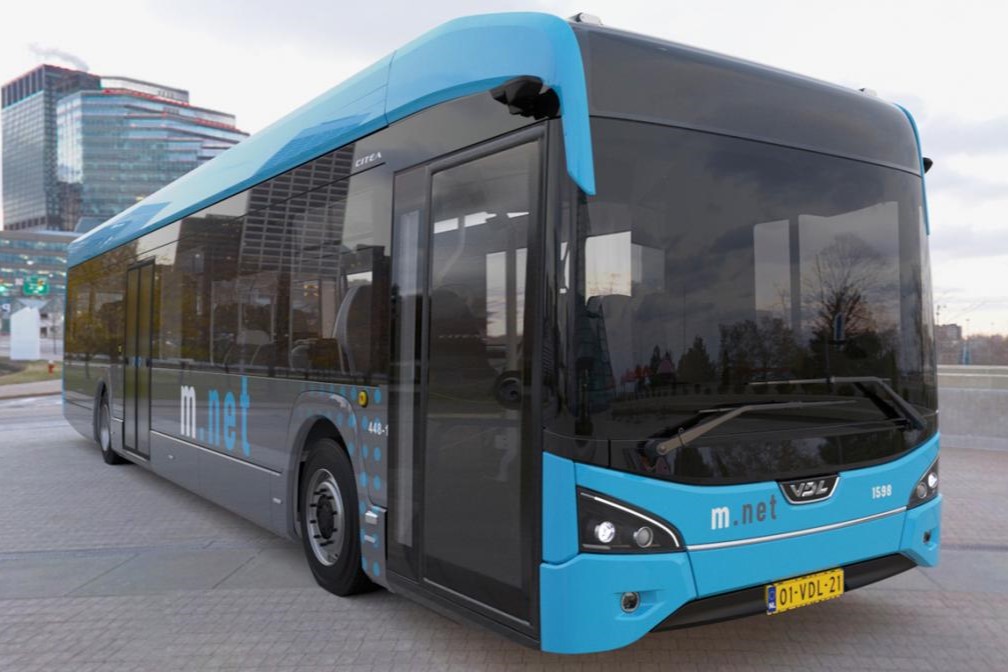 The new-gen VDL Citea was launched in 2021, and is only available with electric power /VDL

VDL Bus & Coach has received an order of 193 electric buses from Dutch public transport company EBS, which will use these new-gen Citea buses in the region Zaanstreek-Waterland (the Netherlands). These buses will be built in Valkenswaard and in the new Belgian e-bus factory in Roeselare, which is opening soon.

EBS was founded in 2011 and had been conducting public transport lines close to the Dutch cities of Amsterdam, Rotterdam, and The Hague. From December 2023, a new concession in the Zaanstreek-Waterland area, just north of Amsterdam, will be carried out by EBS, for which the company has ordered 193 e-buses from VDL.

Made in Belgium (and the Netherlands)

EBS has ordered two types of new-gen VDL Citea buses, which are only available with electric powertrains: the 12,2-meter LE-122 and the 13,5-meter LE-135, running on battery packs of 490 kWh and 552 kWh, respectively. This should give the e-buses a range of around 500 to 600 km per charge, eliminating the need to charge during the day.

The buses will be delivered to EBS starting in September 2023. The production will be divided between de Dutch factory in Valkenswaard and the new VDL factory in Roeselare, which began construction in 2022 and is scheduled to open in early 2023 with a yearly capacity of 800 e-buses. The new factory is energy-neutral thanks to solar power and heat pump climate control.