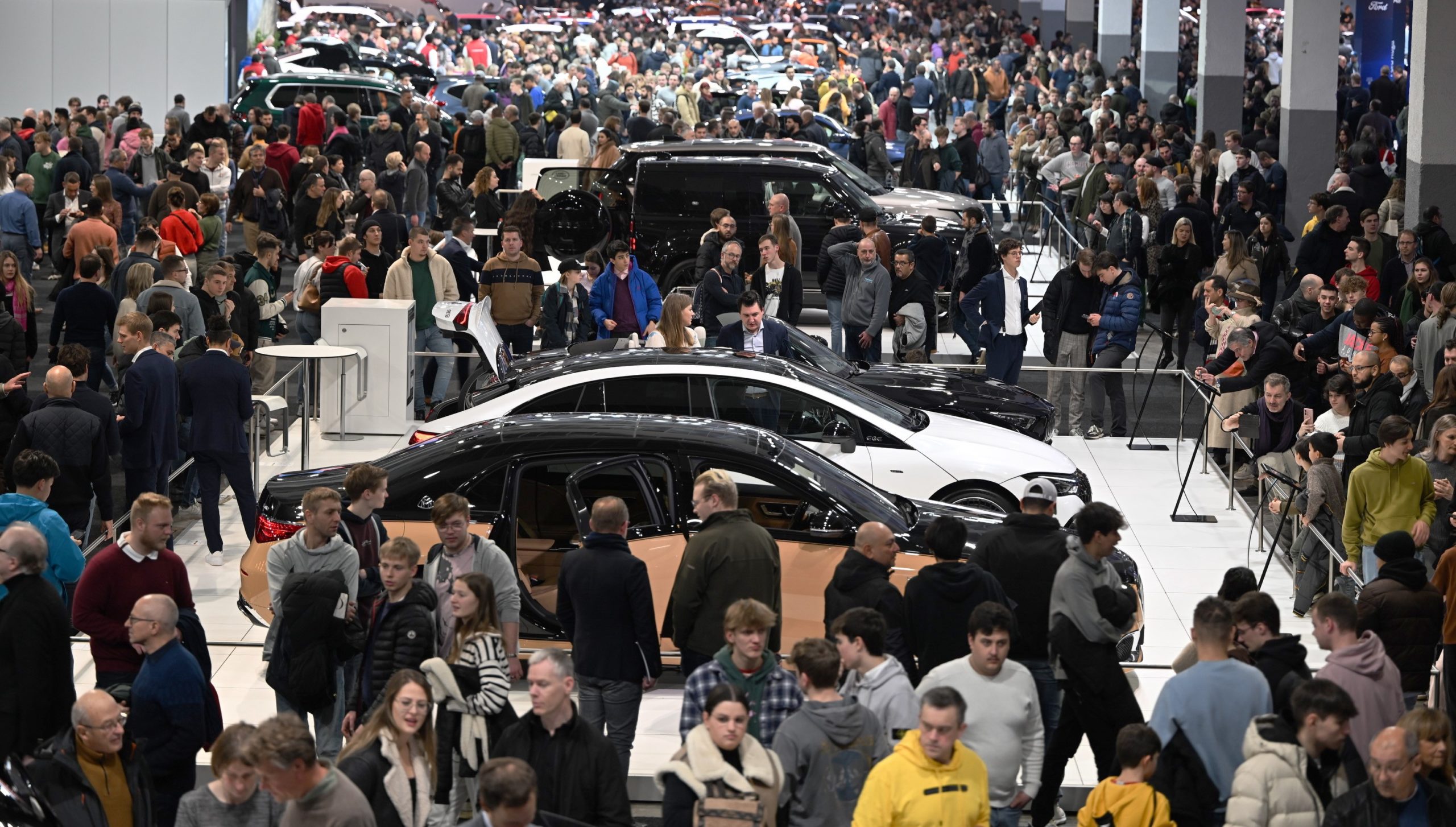 With the unexpectedly large attendance of 270 000 visitors, the Brussels Motor Show secured its own survival for the next edition in 2024 /Febiac

The 100th-anniversary edition of the Brussels Motor Show (BMS) welcomed some 270 000 public visitors in nine days. That’s considerably less than in the heydays before the pandemic, but it still makes it the most popular indoor event in Belgium.

The organizers hoped that 300-350 000 people would have found their way to the halls of the Brussels Expo. Still, as the show occupied only half of the space compared to earlier editions, it meant that on some days (the second weekend especially), the maximum occupation rate of ± 35 000 people was almost reached.

“For the comeback of a physical show after a few years, we deliberately chose a pragmatic approach focusing on our core business, the automobile,” commented Gabriel Goffoy, show director. “As there was far less space available, the stand holders chose quality above everything. It resulted in very positive feedback from the international media and a sign that the BMS is a proven landmark in the contemporary context of motor shows.”

“The car sector has evolved tremendously in the last three years,” Goffoy continued. “It was important for us and for the manufacturers present to show this evolution, certainly where electrification is concerned.”

“But there was more: the organizers had special attention to minor events and animation, which were well appreciated by a younger part of the public.

As said, the organizers hoped to have 300 000 plus visitors, but they are not unhappy with the results. They consider this comeback a success and have already announced that the 101st edition of the Brussels Motor Show will take place from 12 to 21 January 2024. And, if we’ve understood Philippe Dehennin, the president of organizer Febiac, well, the aim is to have at least seven expo halls at their disposal again, and not the five that were available this year.

As the BMS is one of the last motor shows remaining in Europe (certainly this year), there were more international events present than ever before. For example, some world or European premieres, but also the award ceremony of the Car of the Year election (normally in Geneva in March). This has led to a positive response in the press and also in the international media.

The fact that the exhibition space was limited forced the exhibitors to make choices on what to show. It was clear that they wanted to stress the energy transition and the electrification process the car industry is going through.

The problem is that the BMS still attracts many people (potential individual car buyers) who come to the show to compare cars that could interest them with a shortlist in their hands.

Many of these were somewhat disappointed. We also had the expression that the exhibited cars almost everywhere reflected too much the company car world and neglected the smaller, cheaper cars.

It’s not a surprise then that a stand like Dacia was literally overrun with potential customers desperately looking for an affordable family car. A lesson to learn for the next edition. The general public will not be ready to come to the show anymore when the cars they consider aren’t present. No event will change that.