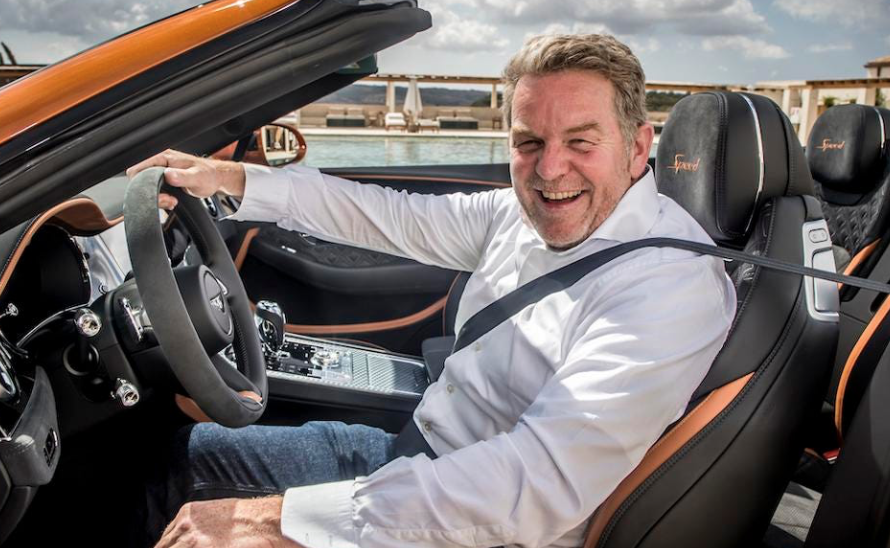 Andreas Mindt will succeed Jozef Kaban as VW head of design. Mindt was working at Bentley and Audi before /Bentley

There’s a small musical chair going on for the overall design heads inside the Volkswagen Group. As of the first of February, VW  design chief Jozef Kaban will be replaced by Andreas Mindt, coming from Bentley. His post there will be taken by Tobias Sühlmann. A few weeks ago, brand designer Klaus Zycriora was replaced at the Group level by good old Michael Maurer.

As the German publication Automobilwoche has learned from insiders, the decision to replace Kaban with Mindt will be officially announced in the coming days. The reason for the change in management is that Kaban did not meet the expectations for important vehicle models, particularly the ones with which the company wanted to make the switch to a fully electric vehicle brand.

Many onlookers and analysts see most of the current VW portfolio as too bland and boring in design. Especially the ID. models lack appeal on the outside and (more so) on the inside. A notable exception seems to be the recent ID. Buzz, which seems to be a new icon in the making.

Even the VW managing top seems to agree with it. The concept design for the ID. Life had already been criticized by both Herbert Diess and Ralf Brandstätter when it was presented. The new leadership duo under Thomas Schäfer (Volkswagen brand) and Oliver Blume (Volkswagen Group and Porsche) has not changed their opinion on the matter either.

The design for the small electric car ID.2 was rejected and will have to be redesigned; now, the electric flagship model design for the Trinity has also been rejected by the new bosses. The entry-market EV from VW, the ID.2, will be the first car to really wear the Schäfer touch, and the boss wants to be sure it attracts people also by its design. That won’t be the production version of the ID. Life, that’s for sure.

Kaban will not leave the company entirely, however, but will be reassigned within the company, so it is not unlikely that he will be assigned to another VW brand. Which one is not known yet. For sure, he will not be changing posts with his successor, as Mindt’s replacement will follow from within Bentley with the current head of exterior design, Tobias Sühlmann.

This was not the only reassignment lately. Brand designer Klaus Zyciora was replaced as head of VW Group design by Porsche design head Michael Maurer on the first of January. Zyciora is leaving the company. For Mauer, the task is a familiar one: he already held the Group role alongside his role at Porsche between 2015 and 2020.

“Excellent quality and iconic design have always been USPs of the Volkswagen Group and its brands,” CEO Oliver Blume commented earlier. “Managing these key functions via the brands will allow us to intensify our customer focus.”