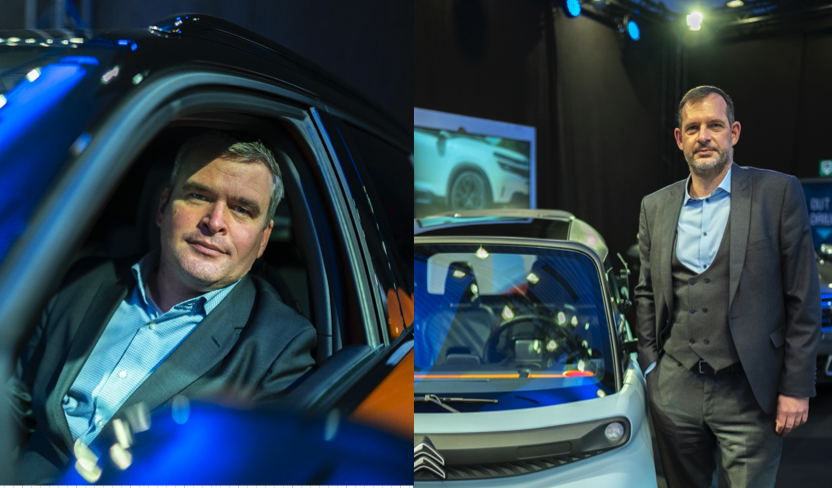 For both men, it’s quite a challenge to take the helm in full corona restrictions. In a market that still loves cars, but that is divided within a regionalized country with complex differences in culture and taxation. Not to mention the loss – due to COVID-19 – of the high mass of car sales, the Brussels Motor Show. That ‘sales’ show normally makes up the car manufacturers’ major revenue of the year.

For Bas Viveen, it’s a reunion with Flanders after working in Hoogstraten for a few years at the very beginning of his career. Talking about the differences in culture, one of the things that struck him most at his return to Belgium was how the virus spread during the second peak in autumn.

“Looking at the Belgian news channels, you saw the map of the corona infections color deeply blue first in Wallonia and the ‘island’ of Brussels in Flanders, while Flanders itself followed weeks later,” Viveen says. “I was surprised to see how limited the interaction between the different regions actually was.”

Even for a ‘foreigner’, it’s clear Belgians rather live in a LAT relation, living apart together. Flemish people tend to look with interest at the Dutch. The opposite isn’t always the case, Viveen notes, which he estimates undeserved. French-speaking Belgians have their eyes fixed on France. Looking at the Belgian media, it’s apparent there is limited interest in each other’s regions.

An old hand at Peugeot-PSA

Although he started his automotive career as a product manager for Renault Netherlands (1998) and except for a three-year intermezzo at Nissan Europe as Section Manager Sales & Support (2002-2005), Bas Viveen is an old hand at Peugeot / PSA and a specialist in aftersales and customer care.

His trajectory includes being a Director Aftersales at Peugeot Netherlands, Director Pieces & Services at Peugeot/PSA Switzerland, and later at PSA Germany in Cologne, with a final stopover of two years at Frankfurt, as Director Customer Care & Aftersales at Opel/Vauxhall Europe.

Asked whether PSA Belux already noticed reactions with the general public to the ‘virtual motor shows’ car manufacturers have prepared as a substitute for the Brussels Motor Show, he has to amid ‘close to none’ yet.

“This is a crisis and a lockdown no one has ever seen before,” Viveen says. “Everybody in the sector is looking at each other to see how this normally ‘Brussels party’ can be organized online and at the dealerships.”

Asked if it turns out after a few months of ‘virtual motor show’ online that sales match nearly a ‘normal’ year with the motor show, the latter will turn out to be irrelevant in the future, he hesitates. It’s clear no one has a crystal ball to look into the future, but he remains firmly convinced direct contact with the customer remains imperative.

“Contact is essential, and the dealer network remains crucial, but it will need to show flexibility,” he adds. “Belgians are very loyal to their dealers. Maybe second after the Swiss as I learned with my aftersales past.”

He believes Belgians will still want to buy a car to own themselves for a longer time, rather than convert to lease and rental formulas or subscriptions. However, he sees a growing role for PSA’s ‘Free2Move’ platform that provides all kinds of these formulas, including car sharing.

Asked how he sees PSA’s commitment to making the transition to electric, he assures the goal is to electrify the model line-up completely over time. “But for now, we need to be modest about it,” he adds. “We saw our LEV mix (PHEV and BEV e.n.) in our car sales grow from 3,2% grow to 8,3%, but we should go to 15%. But we can’t rest on one’s laurels.”

“We will still have to do some missionary work in the training of our salespeople to make them aware of the need to make the transition. But I’m convinced it is the only way to go.”

From Euro 5 to zero-emission

For Citroën Belux CEO Damien Martin-Cocher, coming from a country (Ukraine) where Euro5 is still the highest standard and electrification is the least of concern to the people today, it will be leapfrogging coming back to Western Europe.

Just coming out of quarantine, traveling from his latest post in Ukraine where he was CEO Peugeot-Citroën, he had very little time to familiarize himself with the new job at the Belgian PSA offices as Belgian CEO for Citroën. And with most of the staff working from home as required by the government, that’s no easy task neither.

One of the first things he noticed, to his surprise, was all people wearing face masks in Belgium, something that obviously isn’t the case in Ukraine (yet). But in the automotive sector, it’s clear Ukraine is living 15 years or more in the past, as the Euro V standard will still apply there until 2025…

“For every new car sold there,” he tells, “there are six second-hand cars sold in that market. These are often cars coming from America or Asia, damaged and written-off in these countries, but to be patched up by local dealers.” And there is no such thing as a Periodical Technical Inspection (PTI) like in Europe.

Before his five-year term in Kiev, he already served three years in Russia as an International Business Developer and Internal Controle Manager at the PSA Eurasia‘s team. But his career at PSA goes back to 2002 when he started in Project Planning Management.

Being only a few days in his ‘new country’, you can’t blame him for needing some time to get familiarized with the complex Belgian situation, in fully corona lockdown and having to cope without the Brussels Motor Show.

He is a strong believer though in the potential for Citroën to electrify its complete line-up and expects a lot, also in Belgium, for the e-C4 as a typical C-segment car for a brand that embraces comfort as a principle…

Like everyone, he’s curious how the market will react on the launch of Citroën’s daring ‘electric mobility concept’ AMI, a two-seater EV that is already available for sale since July in 39 shops of the French electronics and book retailer Fnac Darty.

The Belgian launch would be somewhere in March-April and will be hopefully appealing to young people of 16 and older as an alternative for the electric scooter, the Belgian CEO believes. The suggestion that AMI might appeal for sharing services like Cambio, which partners with Citroën already for quite some time in Belgium, he apparently liked to look further into. 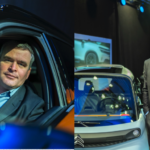