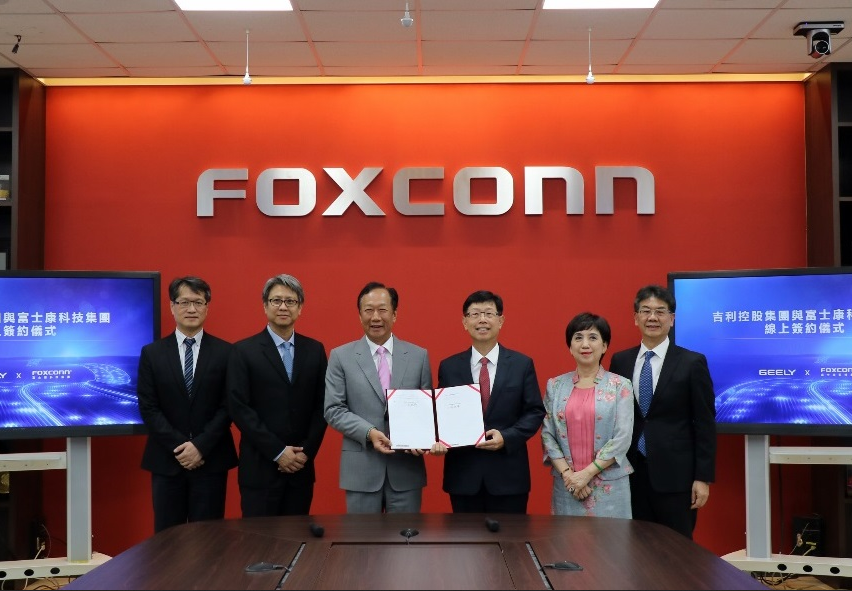 Terry Gou, Founder of Foxconn, attended the digitally held signing ceremony with Geely, with Young-way Liu, Chairman of Foxconn signing for the latter. The deal is a significant step of the automotive and ICT industry joining forces /Foxconn

Chinese carmaker Geely and Taiwanese electronics giant Foxconn are setting up a joint venture to become contract manufacturers for other companies wanting to build electric cars. Like Apple, for instance?

Geely surely has some spare capacity to build more cars at the moment. It looks this Chinese octopus is spreading its tentacles everywhere. And it surely is a significant sign the automotive industry finding big ICT tech more and more in common interests.

iPhone manufacturer Foxconn and Volvo’s motherhouse Geely have developed platforms for electric cars that they declared earlier wanting to share with third parties. Geely just announced a partnership with the ‘Chinese Google’, Baidu for robot taxis. Foxconn signed a deal with Chinese electric car start-up Byton to back up the production of its first M-Byte model.

“This alliance between Geely Holding and Foxconn represents a milestone in the cooperation between the automotive industry and ICT industry,” Young-way Liu, Chairman of Foxconn Technology Group, says.

According to anonymous sources news agency Reuters cites, Geely has the manufacturing capacity to build 2 million cars a year but sold only some 1,3 million of them in 2020.

Besides its own branded cars, the Chinese carmaker owns Volvo and Polestar and the joint venture with Volvo, Lynk & Co, the Belgian Alain Visser’s brainchild. It also has a majority stake in British Lotus and nearly 50% of Malaysian Proton. And it owns the London EV Company, producing London’s black cabs to make them electric-powered vehicles in the future.

In February 2018, Geely bought 9,7% of Daimler AG’s shares and became the prestigious German manufacturer’s largest single shareholder. The man behind this move was Li Shufu, also known as ‘the Chinese Henry Ford’.

In March, Daimler announced it would move the production of Smart from Hambach (France) to China to build it together in an all-electric version only with Geely from 2022 on. In October 2018, Geely and Daimler created a joint venture to offer premium ride-hailing services in China.

More recently, in November 2020, Daimler end Geely said to join forces to develop and build together a new generation of gasoline engines for hybrids for all the brands of both partners, including Mercedes-Benz and Volvo.

On the other hand, Foxconn is already the world’s largest contract manufacturer of consumer electronics, including Apple’s iPhones and iPads. Other known electronic devices like BlackBerry, Kindle, Nintendo 3DS, Nokia devices, Xiaomi devices, Sony’s PlayStation 3, PlayStation 4, and Microsoft’s Wii U, Xbox 360, Xbox One.

Car industry analysts mentioned it as a possible candidate to build an Apple e-car the American giant is prepping for a launch in 2024. Foxconn developed itself an EV platform called MIH, with solid-state batteries that can accommodate different carmakers’ needs and specs. The first car based on the platform could be launched in two years, the solid-state batteries in 2024.

The Taiwanese tech giant, which employs more than 800 000 people, already announced in January a 50/50 joint venture with Fiat Chrysler Automobiles (FCA) – yet to be incorporated with PSA into ‘Stellantis’ – to develop and make electric cars for the Chinese market and maybe export them later. 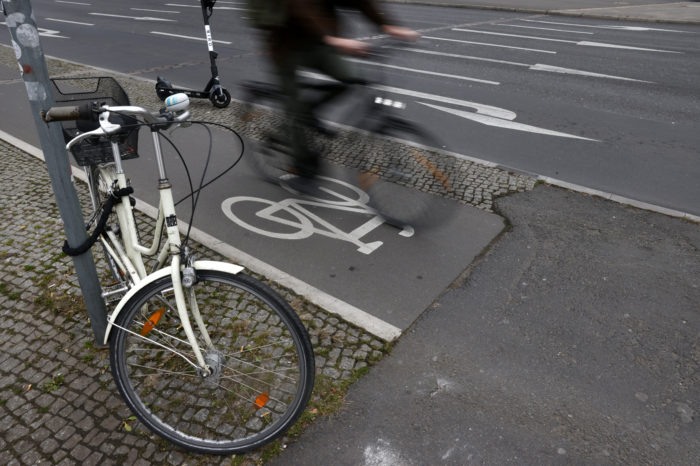 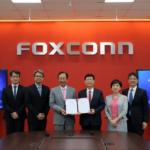