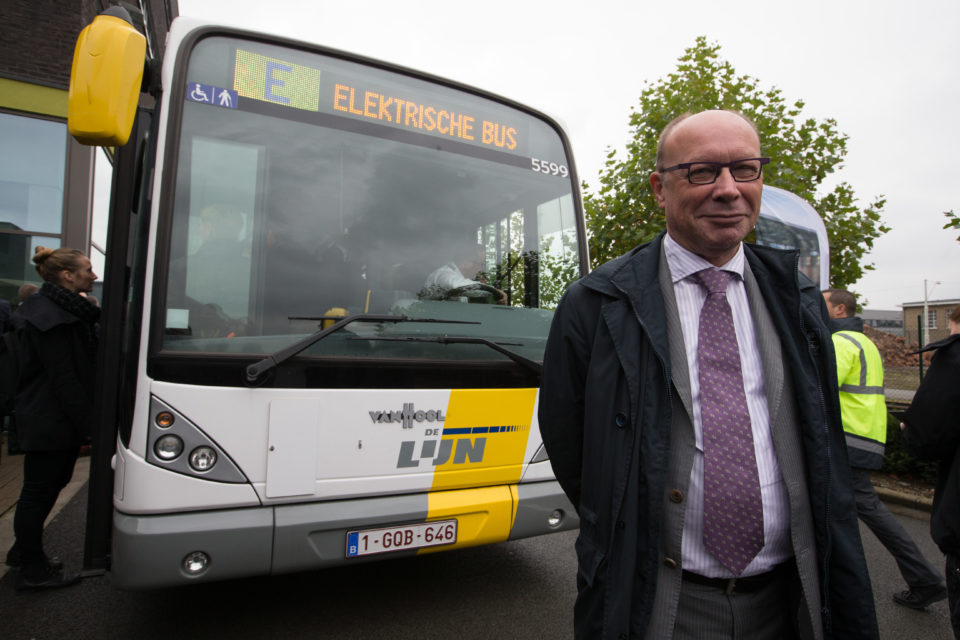 This week Flemish Mobility Minister Lydia Peeters (Open Vld) urged public bus company De Lijn to redo its homework for the tender for 200 (of 970) electric city buses. The ‘small print’ of the preliminary tender conditions demanding proof for delivering 150 e-buses in the past would exclude Belgian bus builder Van Hool – the biggest local supplier – to compete.

On Wednesday, De Lijn announced it adapted the conditions to allow Van Hool to tender. But at the same time, the board says to regret this, as it would also allow others who are maybe less experienced than Van Hool to compete, delaying the process and even jeopardizing overall quality. The European tender is to be published in Q2, the assignment by the end of September.

Last week, Minister Lydia Peeters was asked in the parliament by PVDA opposition MP Jos D’Haese why De Lijn tightened the tender conditions after suspending the original tender for 970 e-busses in September 2020. Apparently, a clause demanding proof for delivering 150 e-buses in the past would force a drop-out for Van Hool.

According to the transport company, when the procedure was drawn up and opened, it became clear that a ‘change of set-up’ was necessary for technical, operational, financial, and strategic reasons. De Lijn prepared the re-tendering and still wants to put the e-buses into service step by step as of 2023, launching a new invitation to tender in December.

According to the guideline, De Lijn is looking for “about 200 e-buses of about 12 meters with a low floor and two or three doors”. Among the candidates who will submit an offer, De Lijn will choose two that will each be allowed to supply 30 e-buses. After a ‘mini-competition’, one of them will also be allowed to supply the remaining e-buses.

The first e-buses should be delivered in 2023. The goal remains to operate the Flemish city centers emission-free by 2025, as requested in the Flemish coalition agreement, and the whole of Flanders by 2035.

VDL just got an order for 102 electric Citea buses for the city of Oslo, Norway’s capital. It’s VDL’s largest order of e-buses ever. The buses will be manufactured in Roeselare and should be operational in Oslo as of January 2022.

Van Hool, employing some 3 200 people at its main factory in Koningshooikt (Lier, Belgium), is an all-time supplier of buses and tram buses for De Lijn. It already ran one small pilot for the Flemish bus operator with three electric buses in Bruges in 2015.

In December 2020, it just shipped the first fully electric coaches to the US. The CX45E electric coach with a maximum range of up to 310 miles (500 km) is specially developed for the American market. It will be distributed by Van Hool’s long-time partner ABC Bus Companies.

With the Exqui.City 18 and 24 buses, Van Hool, has an offer in electric buses for public transport too. Van Hool calls it a ‘Multi Propulsion Platform’, designed to accommodate the latest and greenest alternative propulsion technologies.

And that includes diesel-hybrid, CNG-hybrid, trolley, and fuel cell. Battery-only is not a solution Van Hools seems to push most. The buses are 18,6 to 24,8 meter long articulated buses and probably too expensive to compete in this tender.

Van Hool just signed a contract for the delivery of 21 battery-electric only Exqui.City 24 buses for a Scandinavian client, says Snauwaert. It would only require minimal reengineering and development for a smaller, non-articulated 12-meter e-bus.

“We technically have all the capacity needed – R&D and manufacturing – at our main factory in Lier,” says Snauwaert. “But, so far, De Lijn didn’t publish the official specifications yet. We’re still waiting.”

And there was the clause that the company tendering has to prove it already has delivered more than 150 electric city buses elsewhere in the world. With that clause, it looked like giants like Chinese BYD, the world’s largest builder of electric buses, or other big names like Polish Polaris, now owned by the Spanish group of railway and tram material CAF, have better credentials.

For instance, Polaris already got an order from Brussels in 2017 to deliver the first seven full electric buses for the Brussels’ public transport company STIB/MIVB. BYD (Build Your Dreams) will deliver 246 electric buses for three regions in the north of the Netherlands: Overijssel, Flevoland, and Gelderland. 130 of these 12-meter long e-buses will already be operational next year.

VDL Roeselare, part of the Dutch VDL Group, might have good papers to tender, too, as its Belgian factory focuses on hybrid and electric buses for some time already. With 700 people working at it, the Roeselare factory is the group’s main competence center for these technologies.

Today, Van Hool is manufacturing some 1 400 buses and coaches and 3 000 industrial trailers of all kinds a year, employing 4 300 people in Europe. It has a history of 25 years in developing buses with alternative drivetrains, starting in 1995 with the first hybrids and bimodal trolleybuses. “We informed De Lijn we have shipped over 1 000 electrified buses since,” adds Dirk Snauwaert.

In trouble by pandemic

For Van Hool, founded as a family business in 1947, a new mega-order from De Lijn would be very welcome. Already in July, it became clear the corona crisis is causing serious problems. Orders are down, and turnover is plummeting.

While the transport sector kept driving during the lockdowns to supply supermarkets and shops, with vehicle sales only down by 20%, sales to the bus and coach sector nearly came to a standstill.

300 people have been laid off at the Van Hool factory in Macedonia, and 70 temporary contracts were not extended in Belgium. Today two-thirds of the staff are ‘technically unemployed’ at home.

The construction of the factory in the US has been put on hold. Van Hool will invest 47 million dollars (40 million euros) in this new bus factory in Morristown, Tennessee, manufacturing city buses especially suited for the American market. But not before the effects of the pandemic have been conquered. 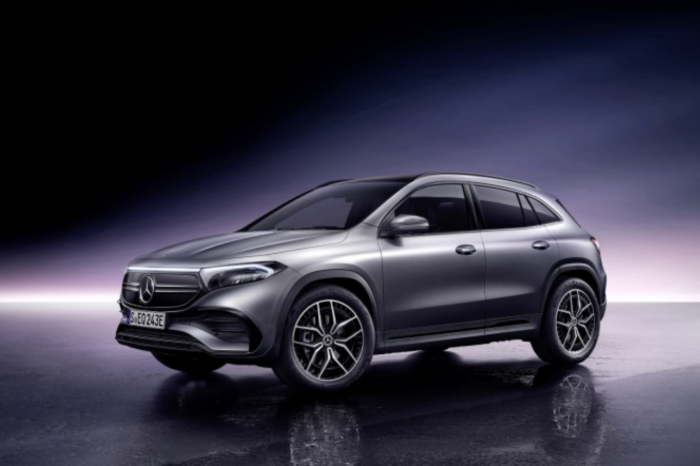 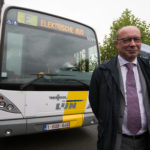