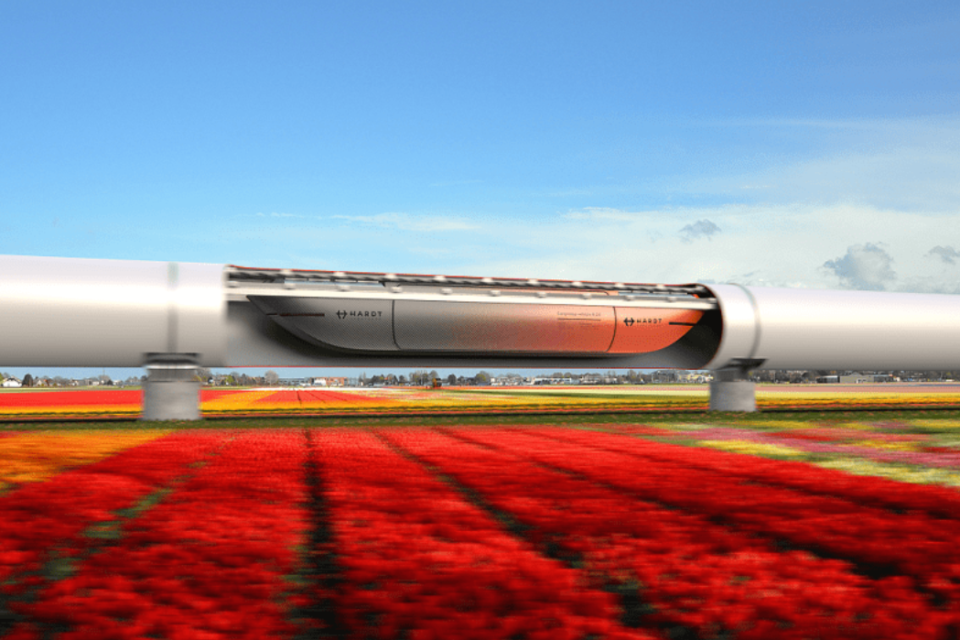 A hyperloop transport system like Hardt is envisioning, could move fresh produce cargo like flowers at speeds above 1 200 km/h to replace trucks on the roads /Hardt Hyperloop

A coalition of Dutch governments and companies is setting up a study to create a pilot route for a superfast hyperloop connection on the Netherlands ‘ busiest cargo corridor between Rotterdam and Amsterdam. A hyperloop would move pods with passengers or freight at speeds above 1 200 km/h through vacuum tubes.

This pilot route could be the first step in creating a pan-European emission-free hyperloop network. Such a connection for cargo would help to get a lot of trucks from the roads in these heavily populated areas, reducing traffic congestion and CO2 emissions and improving the air quality.

Experts predict this hyperloop could become a ’gamechanger’ for transport, like the container in the 60s of the last century. “The competitiveness of regions is going to change. The Netherlands, as the logistics main port of Europe, must capitalize on it now,” says Walther Ploos van Amstel, economist and Lector City Logistics at the University of Applied Science of Amsterdam.

The study is to be made under the umbrella of the Hyperloop Development Program (HDP), a public-private partnership for developing the hyperloop announced in late 2020. The latter wants to focus on developing both passenger and cargo traffic by hyperloop as a new sustainable mode of transport.

Several partners will study product requirements, integration, socio-economic costs and benefits, operational aspects and maintenance, and the decision-making process. The study should be completed by mid-2022.

Cargo transport needs less infrastructure than passenger transport, so it is the logical first step, HDP says. A cargo-hyperloop would provide the advantage of speed in sectors like the fresh produce industry, representing a significant part of the Dutch export today. But it’s a viable solution too for other sectors like e-commerce or pharma, among others.

Because much of the hyperloop system works autonomously and automated, pods with smaller shipments can move at high speeds in high frequencies and at lower costs to compete with road trucks that move larger loads at once.

The system will be tested at the European Hyperloop Center of Dutch hyperloop start-up Hardt in the province of Groningen. That center should be up and running by 2022 with a research lab and a three-kilometer test track, a vacuum tube with a diameter of 1,4 m.

In July of 2019, Hardt showed Europe’s first fully operational hyperloop system in a 30-meters ‘low speed’ test tunnel in Delft (The Netherlands). For the former TU Delft students, this was a new milestone, six years after winning Tesla and SpaceX CEO Elon Musk’s contest to materialize his idea for a new transport system in vacuum tubes.

‘Fully operational’ in this case means that the system – vacuum steel tube and guiding tracks, passenger pod, magnetic levitation and propulsion system, and switching between tracks – can work in a real-size environment. The next step will be a 3-kilometer-long near-vacuum test tunnel, in which the actual high speeds can be obtained.

Hardt completed the world’s first ‘hyperloop switching system’, allowing the passenger pod to join the ‘main track’ or switch lanes in similar ways cars are entering or leaving the highway today. This Hyperloop Lane Switch (HLS) technology has no moving components. It ‘pulls’ the high-speed pod to one side of the guiding rails that keep the pod centered in the nearly-vacuum tube.

According to Mars Geuze, co-founder of Hardt, building a hyperloop network should be cheaper than one for high-speed trains today. He estimates the costs to be some 30 million euros per kilometer. On the other hand, maintenance on the closed steel tubes will be far cheaper than maintaining train tracks exposed to all weather conditions.

The European network Hardt is dreaming of should extend over 10 000 kilometers connecting the major cities on the continent. So far, Hardt is supported by several private partners. Among these big names like Tata Steel, Dutch Royal BAM Group, Goudsmit Magnetics, German corporations Bosch, Continental, the Italian Prysmian Group, and ABB’s Swiss technology company. 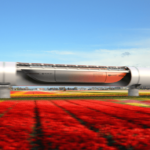