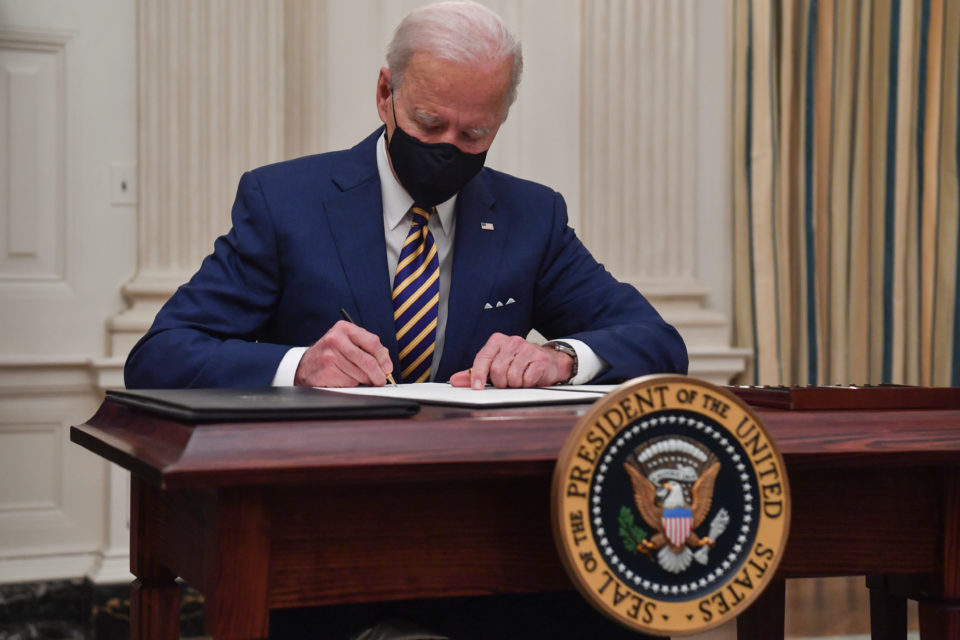 It looks like America’s 46th President, Joe Biden, started from day one to work on a new ‘electric’ era for the auto industry. During his campaign, he promised plans to cut back emissions, push EVs in the US with scrap and/or purchase premiums, and work on road infrastructure, among which adding 550 000 charging stations coast to coast.

Biden gave the initial impetus by ordering the US agencies to ‘revisit’ the Corporate Average Fuel Economy standards the Trump administration just lowered in March 2020 by requiring a 1,5% yearly efficiency increase until 2026. Under Obama, fuel efficiency standards – and thus CO2 emissions – had to strengthen by 5% each year. What the new targets are, is yet to be defined.

The Trump administration calculated this rollback would mean 2 billion additional barrels of oil being consumed and 867 million metric tons of carbon dioxide emissions during the lifespan of these vehicles. That Biden rather doesn’t want to see happening.

Carmakers already called upon the new administration to use the Californian voluntary agreement of 3,7% increments as a framework throughout the US as a middle course. Most of them favor a common standard in as many markets as possible, so cars haven’t to be adapted from one state to another. But on the historic right of California to set its own standards, the automotive sector is divided.

Volkswagen, Ford, Honda, and BMW, among others, chose California’s side and promised to reduce the emissions of their vehicles voluntarily. Looking at what happened to VW in California in 2015 (the start of dieselgate), this was quite a turn-around for the German car manufacturer, and it apparently pays off.

GM’s CEO Mary Barra supported the Trump administration in October 2019 to deny the Californian State the right to have its own environmental rules. At the time, GM was joined in its support by FCA and (more amazingly) Toyota.

Barra, who has withdrawn her support in November 2020, seemed from that time on to be leading the movement of many industry bosses in the US who are turning toward the new president, Joe Biden.

The relationship between Trump and Barra has never been friendly, to say the least. Trump has always seen Barra as a hindrance to his promise to get industrial jobs returning to the US. Barra was (very) occupied restructuring her company, and reopening plants weren’t part of this.

Now, GM turns resolutely to Biden, which has everything to do with the new ‘electric’ policy of GM Barra announced last November. “We are convinced that the Biden administration, California, and the American car industry can join forces to find the way to an electric future,” Barra declared.

Joe Biden grew up being a ‘car man’ himself, hence in the combustion engine’s palmy days, helping his father who sold second-hand cars. The President still owns the ’67 Corvette he got from his dad as a wedding present.

It looks like he’s resolutely heading to electrification now, as National Geographic recalls. “I believe we can own the 21st-century market again by moving to electric vehicles,” Biden said from the seat of his shiny green Corvette during a campaign in August.

Biden has ventilated ideas like a $300-billion investment into R&D spanning “electric vehicle technology to lightweight materials, to 5G, and artificial intelligence to unleash high-quality job creation in high-value manufacturing and technology,” according to his website. $5 billion in this proposed investment over five years is meant for battery and energy storage.

He was also talking about extending national tax credits for EVs and installing scrapping premiums for gas-guzzling cars. He also spoke about a 10% advanceable tax credit for companies that create jobs for US workers. Like car manufacturers ‘retooling’ their factories to build electric cars, for instance.

Biden also wants to invest in the US infrastructure, which may amount to $2 trillion, with $50 billion already in the first year to be pumped into repairing roads and highways.

He also called for an extension of the national network of the charging infrastructure, from 78 300 in 2019 to 550 000. It should be at least feasible for someone owning an electric car to drive coast to coast by 2030. Yet it is still to be seen whether the President will be able to get all these measures funded, as he needs the approval of Congress. 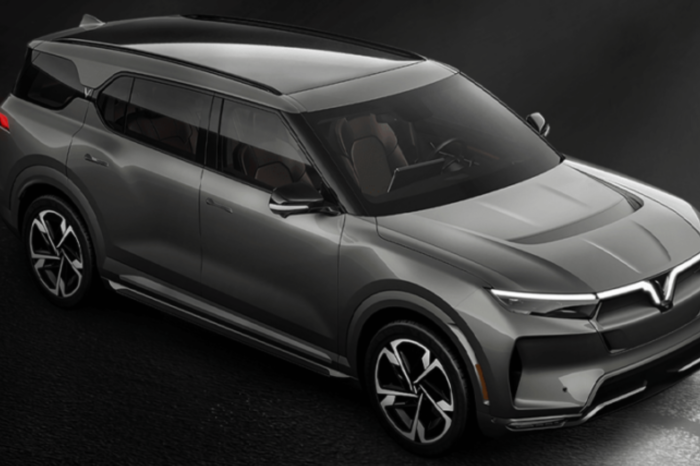 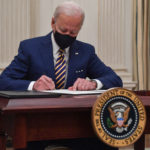