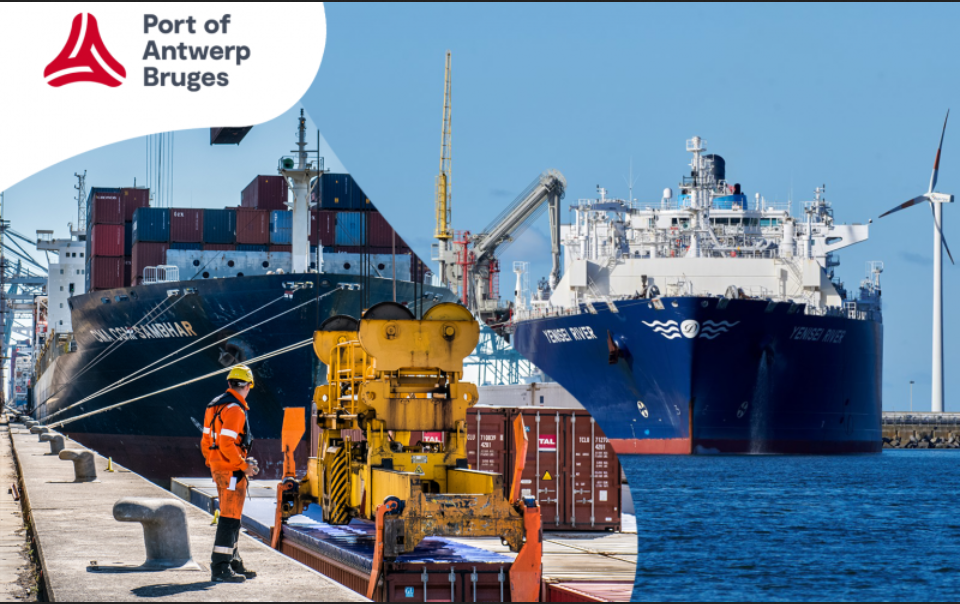 After the wedding is consumed, the new Port of Antwerp-Bruges will still be outsized by Rotterdam in total volume, but will be leading in Europe in sectors like car import and export /Port Antwerp-Bruges

After years of a love-hate relationship, the marriage of convenience between Antwerp and Zeebrugge’s harbors will create Europe’s largest auto-transfer hub in Belgium with nearly 3 million vehicles a year. But when the wedding is finalized this year, it will accomodate the EU’s largest container traffic (157 million tons/year) and be the most important chemical hub.

And the Port Antwerp-Bruges has the ambition to become Europe’s major harbor for importing renewable energy. Green hydrogen, imported by tankers or made by using surplus energy of the North Sea windmill parks, has to become big business next to the LNG terminal. This terminal today accounts already for 15% of the EU’s LNG import.

Talks about a way to collaborate between both harbors, which used to compete with each other fiercely, have been ongoing since 2018 but finally resulted in the only ‘feasible way’: a fusion. A marriage of convenience between the Port of Antwerp at the river Scheldt and the five times smaller Port of Zeebrugge at the seaside.

The intention to marry finally was signed on Friday by Annick De Ridder (N-VA), Port Alderman in Antwerp and Chair of the Board of Directors of the Antwerp Port Authority, and Dirk De fauw (CD&V), Mayor of Bruges and Chair of Zeebrugge Port Authority. Both will function as chair and vice-chair in the new Port Antwerp-Brugges entity.

The City of Antwerp will hold 80,2% of the new joint Port Authority’s shares, the City of Bruges 19,2%. Jacques Vandermeiren, the current CEO of Port of Antwerp, takes the helm, with Tom Hautekiet, boss of Port of Zeebrugge, as his first officer. The board of Surveillance will count six Antwerp members, three of Bruges, and four independent members.

Port Antwerp-Bruges, with a total transit capacity of 278 million tons per year, still has to ‘surrender’ to Rotterdam in the Netherlands, which remains with 469,4 million tons (2019) Europe’s biggest harbor. But in several fields, it takes the lead. In total, 82 635 people are directly employed by more than 1 300 companies in both ports.

In the field of importing and exporting vehicles, for instance. Zeebrugge was already leading ‘car harbor’ in Europe with 2 191 299 new cars a year, Antwerp adds another 768 625. Not to count second-hand cars for export mainly.

The merged port will become the EU’s most important container port, with 13,8 million TEU moving yearly (157 million tons/year). Antwerp was already Europe’s most important chemical hub. Breakbulk accounts for 8 million tons a year. And it will be the ‘largest port for cruise ships in the Benelux’ with 1 059 cruise ships mooring yearly, suitable for 862 514 passenger movements.

“As part of a joint plan, the two ports have defined three strategic priorities – sustainable growth, resilience, and leadership in the energy and digital transition,” the joint press release states. The latter translates into closer working together to become a leading ‘sustainable energy hub’ by improving the inter-connectivity between both.

Zeebrugge already accounts for 15% of the EU’s import of liquified natural gas (LNG) but wants to take the lead in fuels of the future like hydrogen. The existing terminals and pipelines connecting with Antwerp’s chemical cluster and the rest of Europe can be used with minor adaptation for hydrogen transport.

With its location at the North Sea, Zeebrugge is close to offshore wind parks that can deliver surplus energy to produce ‘green hydrogen’ locally. And both ports vow to look deeper into the possibilities of CCUS (Carbon Capture, Utilisation & Storage) too, which could be used to create ‘blue hydrogen’ out of natural gas.

Or you could choose to import wind and solar energy directly from other regions in the world. A recent study by the Hydrogen Import Coalition (HIC) shows that shipping wind and solar power from other sunny and windy parts of the world to Belgian ports is ‘feasible and cost-effective’.

The idea is to use hydrogen carriers that are fairly easy to transport, like ammonia, methanol, and synthetic methane. There is not enough renewable energy available in Belgium to achieve the climate goal of an 80% CO2 reduction by 2050, the partners say.

But with public-private funding, hydrogen could be a viable solution to get of the oil drip. And the Belgian harbors are well equipped to function as a hub for importing a green alternative.

The basic idea is quite simple. The same solar panel, for instance, produces up to three times more in the Middle East or Southern Europe than in North-Western Europe. Therefore, solar energy can be produced in the south with less effort, translating into ‘cheaper’.

Belgium, the Netherlands, and Western Germany are highly industrialized and consume much more energy than can be produced locally. So, finding a way to import it from regions where wind and solar are abundant is key. The study shows that possible source regions with good infrastructure are Morocco, Oman, Chile, and Australia. 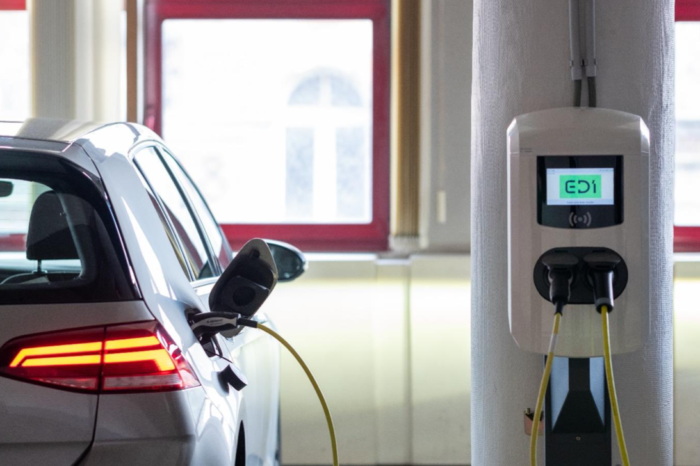 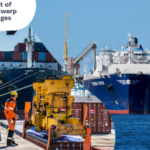