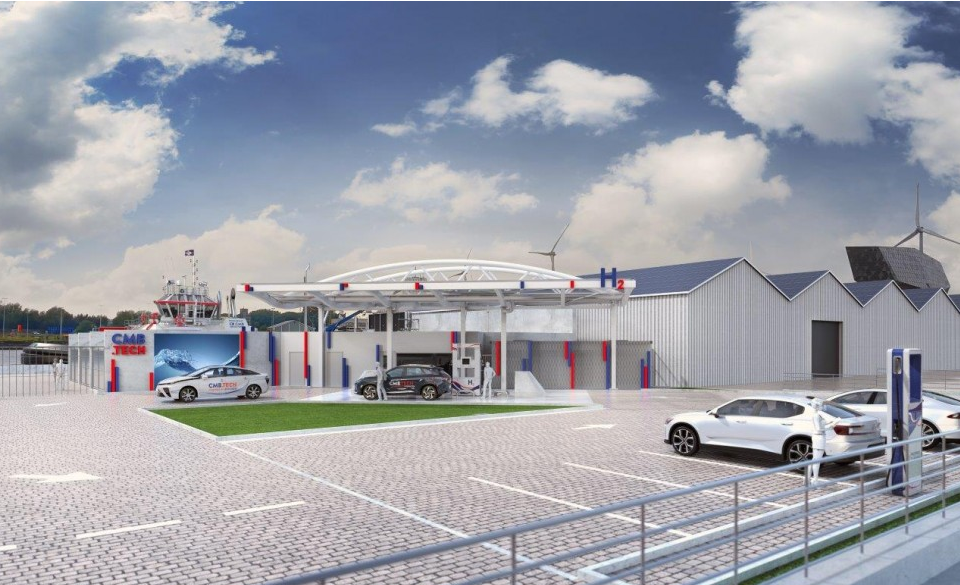 CMB-TECH started in October 2020 the works for building a public hydrogen filling station at the Port House near the Antwerp harbor. It will provide both road vehicles and ships with hydrogen /CMB-TECH

Last year, a ‘record number’ of 107 new hydrogen filling stations was opened throughout the world, bringing the total to 560 according to the 13th Annual assessment of H2stations.org, an information service by the German system technic bureau LBST. The latter keeps an online map and database of the growing hydrogen infrastructure.

France follows on a distance with 34 stations operational and 38 new ones planned. The Netherlands has four operational: Helmond, Rotterdam, The Hague, and Hoofddorp. The latest to open in October 2020 was the Shell station at the Den Ruygenhoek near Hoofddorp, being part of the European H2Benelux subsidy program.

Today, only two public hydrogen filling stations are operational in Belgium: Air Liquide in Zaventem near Brussels and one owned by the Colruyt Group at its headquarters in Halle (Brussel).

The latter is to set up new hydrogen stations through its DATS24 fuel station network in Wilrijk (Antwerpen), Haasrode (Louvain), Herve (Liège), and Erpe-Mere between Brussels and Ghent. ‘Limburg Hydrogen Society,’ a consortium of companies and institutions active in the Belgian province, has the ambition to produce green hydrogen locally and have a filling station operational in Genk by 2023.

In Antwerp, CMB-TECH, a branch of the Company Maritime Belge (CMB) shipping company, is actually building a public hydrogen filling station at the Port House near the harbor. It will provide both road vehicles and ships with hydrogen at the same time.

A third Walloon hydrogen station is planned at the Liège airport, an important goods hub for air transport to make its ground transport zero-emission. The station will be accessible for the public to and the airport joins forces for this with the John Cockerill Group, a hydrogen specialist via its Energy division. 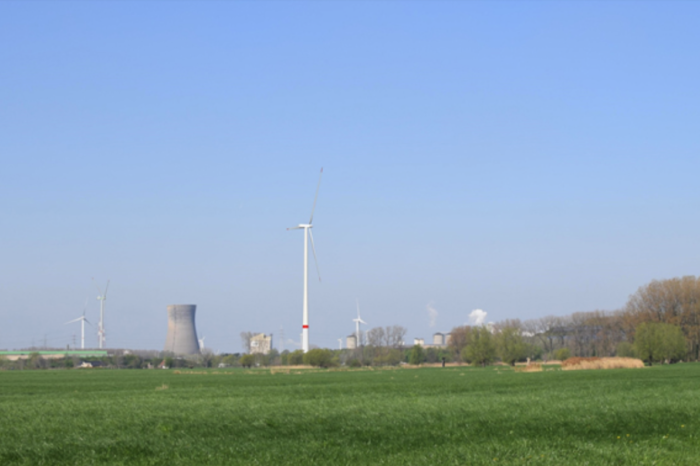 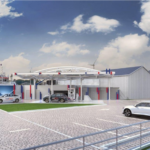