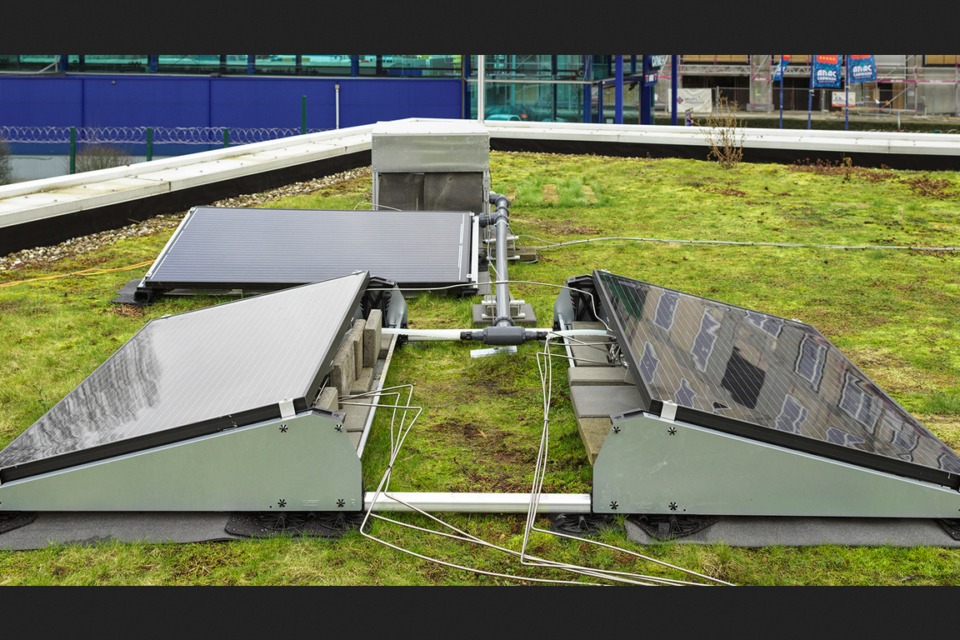 Belgian gas grid manager Fluxys is backing up the promising KU Leuven research in hydrogen panels producing the ‘green gas’ directly from the air using the energy of the sun. On the roof of its labs in Anderlecht, a center of expertise in measuring gas volumes, Fluxys has installed several prototype panels to do extensive testing.

The technology, which was worked on for more than ten years, has grown out of the lab environment into the last week newly baptized ‘Solhyd Project‘, the actual development phase of a standardized hydrogen panel to be produced sustainably.

With the backup of the knowledge and testing facilities of Fluxys, the project is one step closer to the ultimate goal of professor Johan Martens’ research team, an affordable hydrogen panel that can produce ‘green hydrogen’ out of vapor in the air like a solar panel does to make electricity. The latter would open incredible new possibilities for hydrogen as clean energy.

But before such a panel could become available to put on your roof at home for heating or feeding your fuel cell car, a lot of development is still needed. Elon Musk – who is rather a battery adept – always said that creating the ultimate battery in a lab environment is easy. Developing the industrial process to mass-produce it is the hard part and often takes far longer.

All year round testing

By putting the prototype panels on its roof at the Anderlecht center, Fluxys can test the panels all year round in all weather conditions, at all times of the day. Panels are set up in different directions to measure the impact of orientation.

The data can be used by the developers to further finetune the design of the production panel. “Developing a good product takes time,” says Jan Rongé, who is working on the technology from the beginning and now as a postdoctoral researcher at KU Leuven, in the press release. “But we are not standing still. There are now 10 of us working on this project, and we would like to share our progress with the whole world.”

The project got support from the Flemish Government through the Moonshot program. A program set up in 2019 by the then government to invest €20 million yearly from 2020 to 2040 on promising projects to make Flanders CO2-neutral by 2050. It gives the hydrogen panel project resources for upscaling, Rongé says.

Eventually, the goal was to set up pilot-production with a capacity of 5 000 panels per year in the final phase of the initial research project by the end of 2022.

The most commonly used method to get so-called ‘green’ hydrogen without CO2 emissions in the production process is electrolysis, splitting (very clean) water into hydrogen (H2) and oxygen. But that requires electricity from renewable sources like solar panels or windmills. And quite a lot of it, as 30% of the energy is lost during the process.

The ‘hydrogen solar panel’ from the Solhyd Project uses a unique combination of physics and chemistry’ with solar energy and membranes to draw pure hydrogen directly from the air’s moisture. And it doesn’t need to rain for that. It can be relatively dry, plain air.

With the production of 20 of these panels, an average family can live one year self-sufficient in its energy production (electricity and heating). “Add another 20, and you’ll have enough hydrogen to drive your car equipped with a fuel cell,” researcher Jan Rongé says.

Fluxys is not interested in producing energy as such. Its expertise is in the transport of gases, as it is managing Belgium’s natural gas grid today and the LNG terminal in the Port of Zeebrugge.

“We want to advance the energy transition and gradually transport more carbon-neutral gases in our infrastructure,” says Raphaël De Winter, Head of Innovation at Fluxys in the release.

“When it comes to hydrogen, we have started the commercial process of converting part of the existing natural gas network into a complementary hydrogen network in line with the market from 2025 onwards. Our partnership with KU Leuven is an opportunity for us to share our knowledge while helping shape the future.” 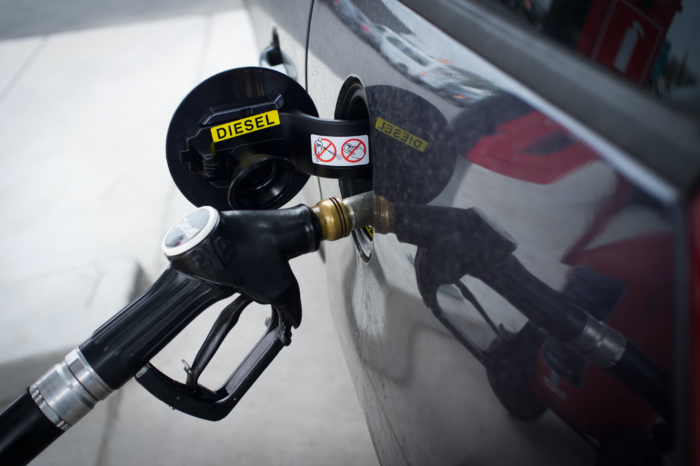 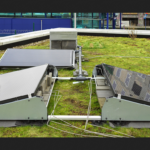