Electric cars are no novelty to Hyundai, but the Ioniq 5, unveiled as a world premiere today, marks a bold step for the Korean car manufacturer. Ioniq represents a new subbrand, and it is solely dedicated to the development and sales of all-electric cars.

The 5 is their first fledgling. It’s built around an all-new, dedicated architecture called Electric-Global Modular Platform (E-GMP). In that respect, the compact car is very similar to the Volkswagen ID.3, not only by its size but also by its technical and thinking-wise approach.

Actually, it slots in somewhere between the ID.3 and ID.4 because Hyundai calls the Ioniq 5 a ‘crossover’. The design, however, is a wink to the Pony Coupe, the very first own car from Hyundai presented in 1974. As such, also the 5 is a renaissance model.

The room inside is where it’s at, according to Hyundai’s Global Marketing Manager Thomas Schemera: “Ioniq 5 is a space where you can spend quality time. Much like the living room of a house. It’s spacious and welcoming, and it uses environmentally friendly materials such as eco-processed leather, recycled yarn, and bio-paint.”

Because the E-GMP-platform puts all four wheels as far apart as possible, the interior space reminds of a bigger car. The wheelbase is large for its size, the cockpit is slimmer than usual, and it has a movable console called Universal Island and a completely flat floor. Pretty much like the Volkswagen ID.3, indeed.

But the Ioniq has a trick up its sleeve. The battery pack can charge at both 400 and 800 volts. The latter was up till now only achieved by the Porsche Taycan. It makes it possible to regain 80% of the autonomy in no less than 18 minutes. Five minutes is all you have? The 5 gives you a charge of 100 kilometers in that time. Impressive.

As an option, you can also choose a solar-panel roof, which charges an extra 5 to 7 kilometers. Per day, under the Mediterranean sun.

For a start, Ioniq 5 comes with two different battery packages. The top model gets 72,6 kWh and two electric motors, making it a four-wheel drive. It only needs 5,2 seconds to reach 100 km/hour and clears a range of 480 kilometers.

A more accessible version will be equipped with a battery of 58 kWh and a single electric motor at the back. Good for the autonomy of a little under 400 kilometers.

Cleverly enough, the Ioniq 5 can also be used as an external energy source. This is practical during outdoor activities, and it means you can use the battery to power home appliances.

The autonomous driving technology of Ioniq 5 incorporates automatic lane changes, deceleration in curves, and proactive accident prevention. No avant-garde in this field, but it’s more than modern enough. It is also the first Hyundai with mounted digital side-mirrors. These are smaller, more frugal, and eliminate blind spots.

Prices have yet to be announced. 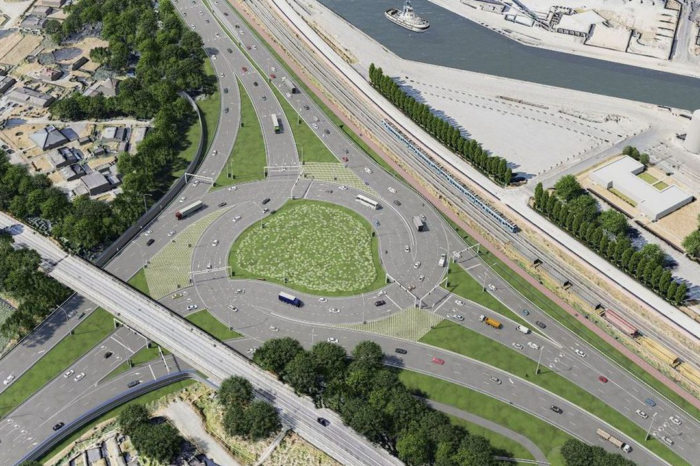 Ghent gets its first 'turbo roundabout' 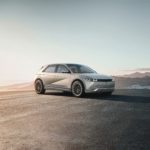