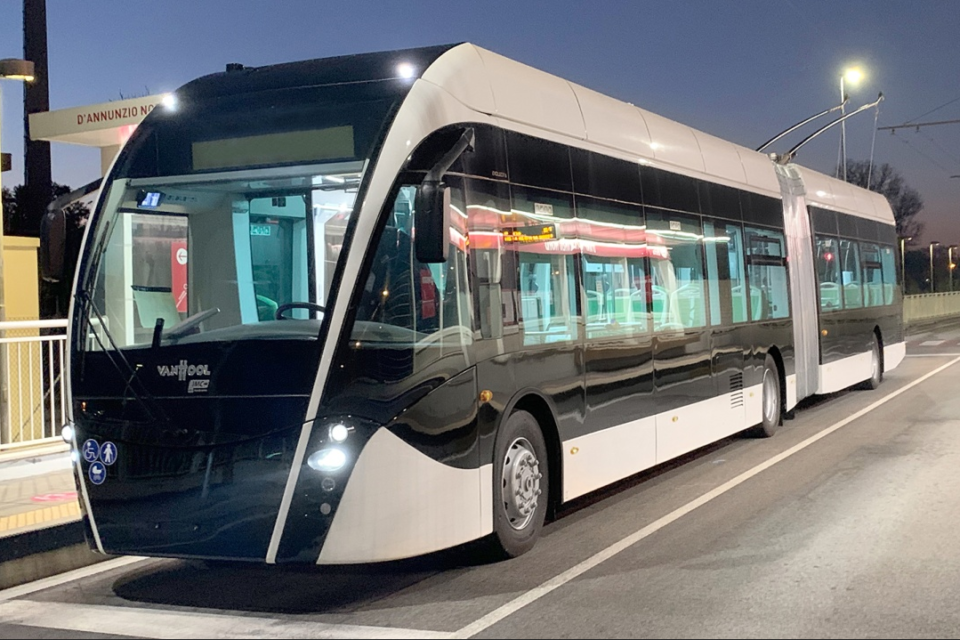 In the Italian city of Rimini, acceptance tests with the Van Hool Exqui.City18, equipped with IMC®technology from Kiepe Electric started in june 2020 /©PM Rimini

Belgian bus builder Van Hool and its German partner Kiepe Electric, a global supplier of electrical systems for rail equipment and bus manufacturers, will deliver by mid-2022 six battery-electric trolleybuses to the Italian city of Pescara.

The 18-meter Van Hool Exqui.City articulated buses can charge through the overhead electricity lines and bridge stretches without electric infrastructure on battery-power. The buses will be equipped with In Motion Charging (IMC®) technology from Kiepe Electric, a Knorr-Bremse AG subsidiary, mostly known for its braking systems.

According to the press release, Kiepe Electric is to supply the entire high-voltage system with traction equipment for the dual-axle drive, static converters, battery chargers, and the batteries, and IMC current collectors, complete with diagnostic systems.

The main advantage of these trolleybuses is their ‘off-line capability’, by disconnecting from the overhead lines and continue on battery-power only on non-electrified stretches or to avoid temporary obstructions. That’s a luxury a classic tram doesn’t have.

TUA (Trasporto Unico Abruzzese) will use the buses on a new line between the two Adriac coastal cities of Pescara and Montesilvano. That trajectory will be reserved exclusively for bus traffic and can be used as a Bus Rapid Transport line. If all turns well after acceptance tests for the six buses, three more of them are an option.

People traveling to Rimini on the Adriatic Coast might have seen the Exqui.City18-IMC trolleybuses in Italy, as the city started acceptance tests in June 2020 for nine articulated trolleybuses.

They will serve the 10 km long express line between Rimini and Riccione, which was initially opened on 23 November 2019 with second-hand diesel buses. Building the overhead electricity infrastructure was part of the project here too.

In Switzerland, which has a long history in trolleybuses, the Van Hool-Kiepe buses are common since December 2019, as 16 of these buses are running along Lake Geneva on a 12,7 km long stretch between Montreux and Villeneuve that was extended to Rennaz in 2019.

The new buses replace the 25-year old (Van Hool) trolleybuses that couldn’t get as far as Rennaz, as the last stretch has no overhead electric lines. 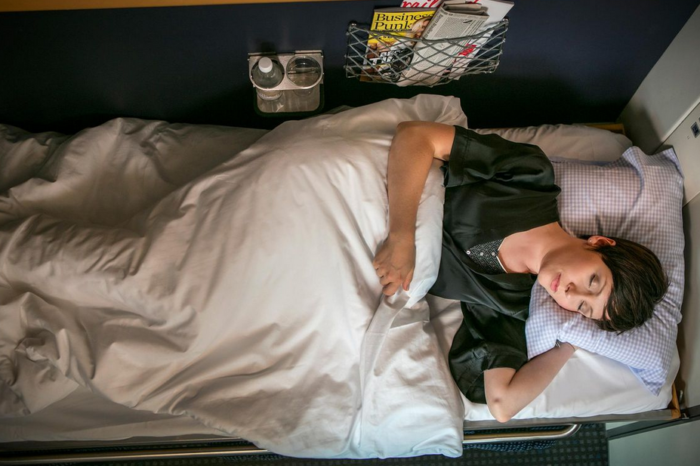 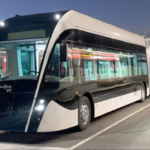