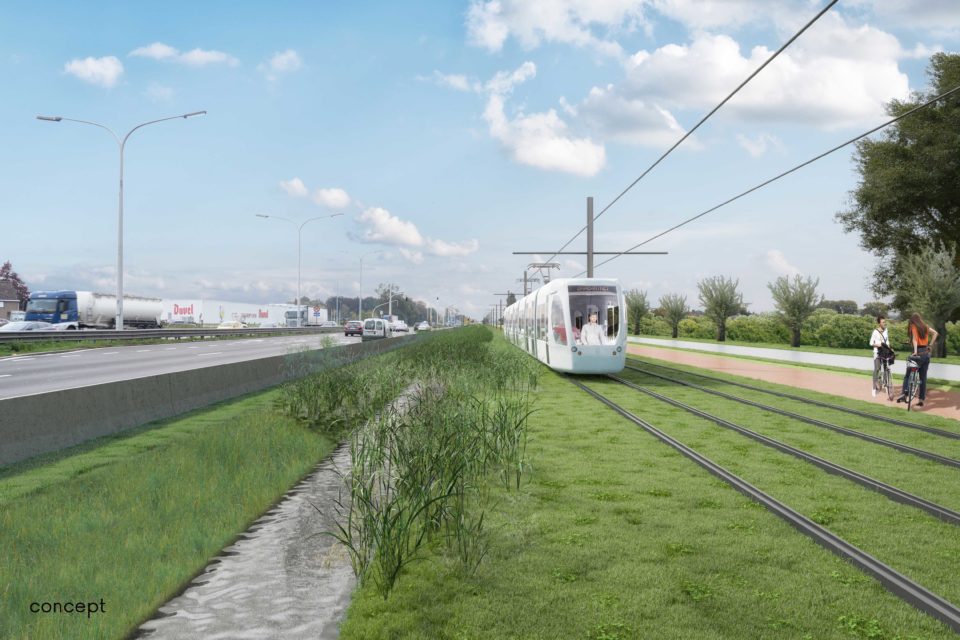 The legal proceedings before the Council of State against the Willebroek-Brussels express tram are off the table. Works for the tram could start in 2023 / site werkenaandering.be

The Belgian Council of State has rejected the appeal by some parties against the express tramline parallel with the A12 between Willebroek and Brussels-North. That means the way is cleared to move forward to approve the project note and get the permit by 2022 and find a contractor to start the job in 2023.

The Council of State overruled the objections made by two parties against the new Regional Spatial Implementation Plan (GRUP) that the Flemish government had drawn up in 2018. Flemish Minister of Mobility and Public Works, Lydia Peeters (Open Vld), announced this Wednesday.

The route of the express tram runs parallel to the A12. The tram starts at the Fort of Breendonk in Willebroek and has stops in Londerzeel, Wolvertem, Meise, and Strombeek, and finally runs to Brussels-North via the Heysel.

There the tram will then connect with the existing network in Brussels. The entire route would take a maximum of 40 minutes, a time gain of 35 minutes compared to public transport today.

The next step for the express tram is the project note’s approval, which is planned for this year’s autumn. The aim is to obtain the permit in 2022 so that a contractor’s search to start work can begin in 2023.

“Thanks to the express tram, we are investing in high-quality public transport along the A12, where there are currently few alternatives to the car,” says Minister Peeters.

Meanwhile, the Ring Tram-Bus already runs between UZ Brussel and Brussels Airport, and there are plans for an ‘airport tram’. “The express tram represents an investment of some 450 million euros,” Minister Peeters told the Belga news agency.

“This will be realized through Public-Private Partnerships (PPP). Together with the 75 million euros for the Ring Tram-Bus and the 150 million euros for the Airport Tram, this is an enormous investment in our modal shift objectives – and that is even more important in this congestion-sensitive region.” 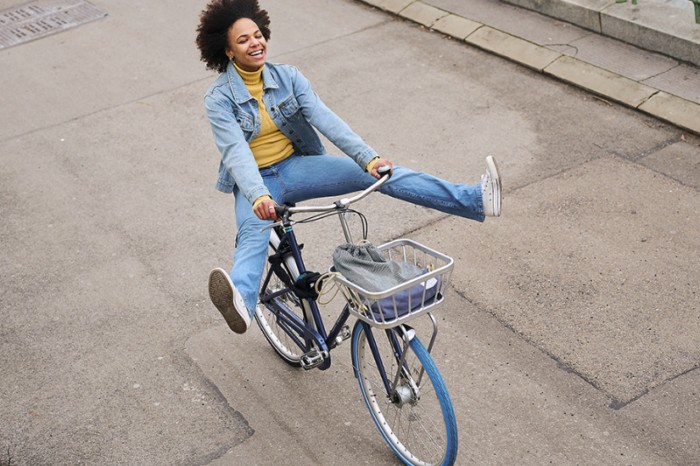 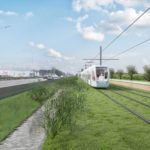