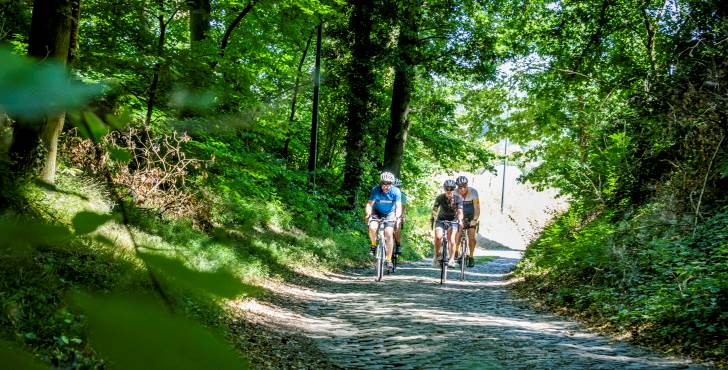 The new cycling map for the province of Flemish Brabant has been officially presented. That happened on Tuesday in Halle, where one of the two new cycle routes accessible to people with reduced mobility is situated.

The result on this new map “is a cycling network with 150 kilometers of additional paths, 80 kilometers improved, and 100 new crossing points,” explained Gunther Coppers, in charge of tourism for the province.

It is mainly the green belt (Groene Gordel) that is undergoing the most changes. Since October last year, 11 500 markers have been installed or replaced.

The thematic loops are taken over from the cycle network but have new signage to follow them from the crossing points.

Two routes accessible to people with reduced mobility also appear on the map. These are the Sportimonium road between Vilvoorde and Zemst, and another one between Halle and Sint-Pieters-Leeuw.

The province has acquired new adapted bicycles (including wheelchair transport) and now has six of them. They are located at various places in Leuven, Aarschot, Halle, Vilvoorde, and Zoutleeuw.

The cycling card costs 7 euros in bookshops, tourist offices, or on the Toerisme Vlaams-Brabant website. The network totals 2 150 km. It covers various types of landscape and in some places goes right into the center of towns.

The map shows the distances from junction to junction, gradients, places of interest, cycle cafes, and cycle lodgings. This cycling network also connects to the RAVel routes that criss-cross all of Wallonia and the cycling maps of Antwerp, East Flanders, Limburg, and Walloon Brabant.

The network also connects to the Green Walk, a walking and cycling route along Brussels’ most beautiful parks and natural areas. 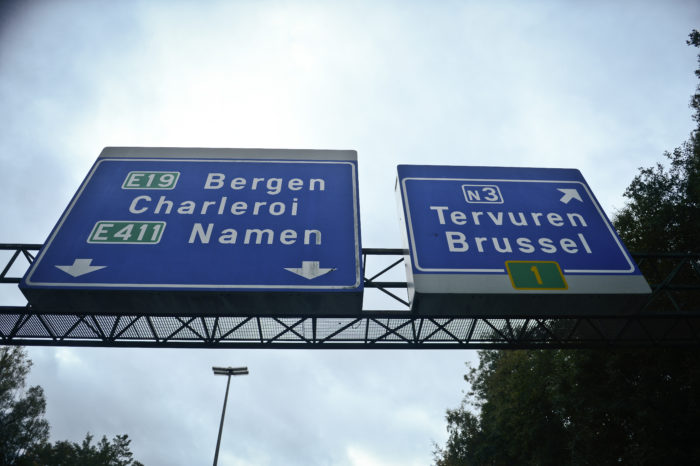 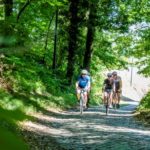