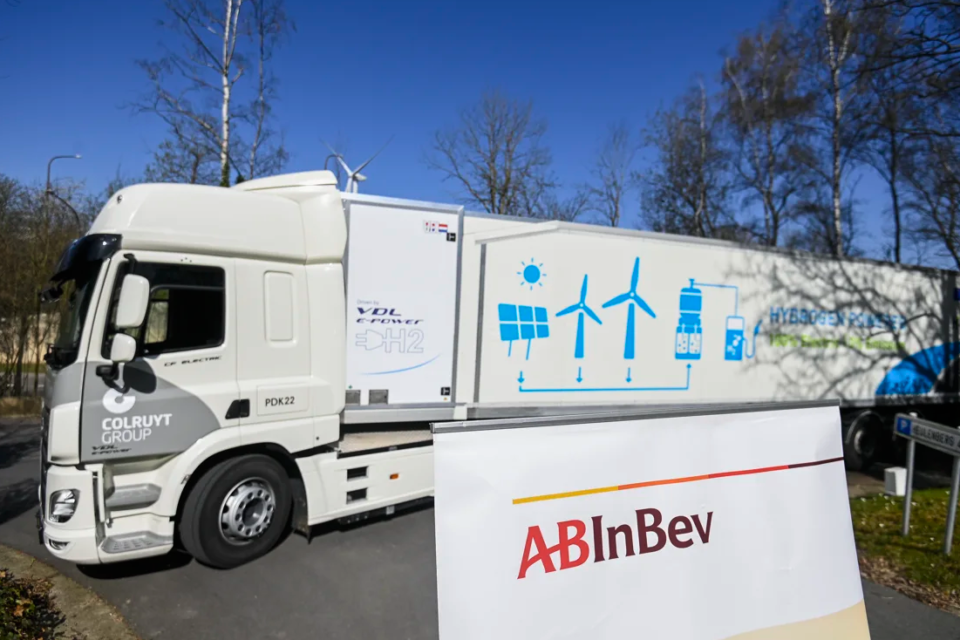 With the Belgian project, both partners want to set up a ‘dedicated hydrogen lane’ between their distribution hubs with a fleet of five trucks initially in 2022 to grow to twenty later and the roll-out of hydrogen filling stations for trucks in a second phase.

The latter is via Colruyt’s DATS24 daughter, which offers hydrogen for transport since 2018 at its Dassenveld headquarters in Halle and sets up four more filling stations in Haasrode Wilrijk, Erpe-Mere, and Herve. Eventually, the ‘green’ hydrogen has to come from Colruyt’s planned electrolyzer plant in Zeebrugge from 2023.

The Colruyt-ABInBev hydrogen alliance is meant in the first place as a pilot to study using hydrogen on a wider scale in logistics.  It should give truck manufacturers and logistic companies the push to accelerate the market for hydrogen in the transport sector. The pilot is part of the Hydrogen Region 2.0 project between Flanders and the Netherlands (under the umbrella of WaterstofNet), co-financed by the EU.

The truck that will start regular deliveries of AB InBev beers to Colruyt is a DAF CF Electric adapted by the Dutch VDL Group with a fuel cell to run on hydrogen and increase the truck’s range.

The ‘standard’ AF CF Electric is a battery-electric 44-ton truck with a 350 kWh battery, promising a range of +200 km. The one Colruyt is testing since December 2020 has a smaller battery that drives 40 km on pure battery power. With the fuel cell used as a range extender, the battery is charged continuously to increase the range by 300 km.

Colruyt and its CEO Jef Colruyt are strong believers in renewable energy and hydrogen as a clean alternative. Via its daughter Eoly, a renewable energy supplier, the family group invests in solar parks and offshore wind parks, and combined heat and power plants.

Since 2012, Eoly is working with the storage of surplus electricity in hydrogen. Colruyt supplies its own fleet of 75 hydrogen-powered forklift trucks and a fleet of 35 fuel cell company vehicles itself with hydrogen made locally with solar energy. Since 2018, Halle’s hydrogen filling station is one of Belgium’s two publicly accessible H2-stations so far.

Colruyt is one of the partners in the five-year EU-funded H2Haul project that aims to deploy 16 zero-emission fuel cell trucks at four sites in France, Belgium, Switzerland, and Germany.

Colruyt Group will operate four VDL trucks (three tractors and one rigid truck) driving a minimum of 40 000 km/year per truck in this project. A new hydrogen refueling station for heavy-duty vehicles will be built at the group’s logistics center in Ollignies (Lessines) and operated by DATS24.

Together with gas grid manager, Fluxys, the Belgian retailer group plans to build a 25 MW hydrogen electrolysis plant in the harbor of Zeebrugge. The new project called HyoffWind will use ‘green’ electricity from the offshore windmill parks to produce ‘green’ hydrogen. According to Jef Colruyt, it’s still waiting for final permits, but production is intended to start in 2023.

AB InBev has shown recently it’s willing to invest in sustainable delivery of its goods. It started in Belgium with so-called ‘eco combis’ to optimize transports and pioneered ‘beer boats’ and ‘beer trains’.

The company launched in April 2019 a ‘beer boat’ on the river Meuse, from the Jupille brewery (Wallonia, Belgium) to Antwerp’s port via the Albert Channel. Transport takes an average of 18 hours.

Two months later, AB InBev opened a new train connection in Antwerp’s port to transport its Stella Artois beer. The train runs from Katoen Natie’s warehouse on the river Scheldt’s right bank to the left bank’s DP World terminal. Each train contains 47 containers that would normally be transported over the saturated Antwerp roads. It replaces 5 000 trucks a year.

In the US, AB InBev was one of the first to ‘pre-order’ 40 Tesla battery-electric semi-trucks and 800 hydrogen fuel cell trucks from Nikola. But neither of them has started deliveries. And with Nikola caught up in a heavy storm, accused of fraud and misleading its investors, it’s not clear that the latter is ever going to happen soon. 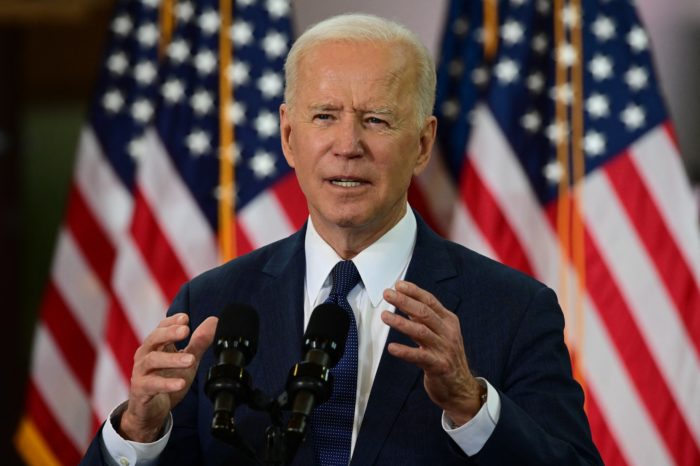 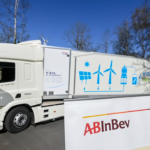