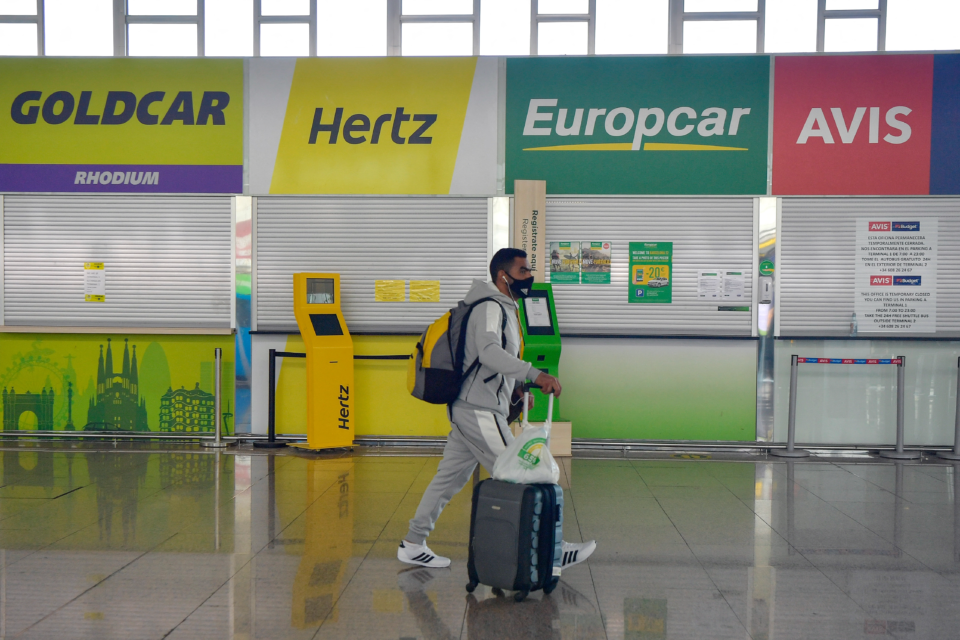 Closed car rental offices at the airport in Barcelona on November 19, 2020. Car rental companies face a hard road back from the Covid-19 downturn /Belga/AFP

Canceled bookings, the disappearance of international travelers, the proliferation of videoconferencing: car rental companies have been gritting their teeth and tightening their fleets since the effects of Covid-19 paralyzed their business. Most of them had to sell substantial parts of their fleets and hesitate to buy new cars as predicting the new season is extremely difficult.

Europcar, faced with unsustainable debt and the worst crisis ever, will change hands and cut back its fleet with 39%, 180 000 vehicles. The American competitor Hertz filed for bankruptcy in the spring of 2020. Avis has sold a record number of vehicles (250 000), reducing its fleet by 31%, while German rental giant Sixt has also reduced its fleet by 25%.

Europcar has just announced that its turnover was almost halved in 2020 (-45%), to 1,7 billion euros and a net loss of 645 million euros. The French and Spanish governments supported the group in the spring of 2020 by guaranteeing 321 million euros in loans. A savings plan, planned before the pandemic, was pushed to 1 billion euros over the year.

But in early 2021, faced with a debt that had become unsustainable, the group, going through its worst crisis since it was founded in 1949, changed hands: the fund Eurazeo, which had bought it from Volkswagen in 2006, withdrew in favor of the group’s creditors, five Anglo-Saxon funds, including New York-based Anchorage (owner of MGM Studios) and Marathon.

As a result of this restructuring, the group’s gross debt fell from over two billion euros to 905 million at the end of 2020. The new shareholders have also refinanced the fleet to the tune of 255 million euros.

American companies also in the red

Even at Hertz, which started with a fleet of a dozen Ford Model T’s a century ago and became one of the world’s largest car rental companies, nothing but disaster. The company has filed for bankruptcy in the spring of 2020. Three investment companies will take it over after having lost 1,7 billion dollars in 2020. It had already announced in April 2020 that it was cutting 10 000 jobs in North America.

One of the other American giants, Avis Budget, lost 684 million dollars over the year and made 2,5 million dollars in savings. Germany’s Sixt saw its turnover fall by 38,8% to 1,53 billion euros but narrowly escaped a loss last year, and the corona pandemic forced the company from car rental into car-sharing.

Like everyone worldwide, the car rental companies are now looking forward to the vaccination campaigns to get business back to normal. In the meantime, all the groups have put the brakes on new car purchases. Negotiations are evolving “day by day” with car manufacturers, several executives told the French newspaper La Tribune.

In Europe, “we can see that the recovery will not be as rapid as expected, with the summer season still unclear. Will it be -20% or -40% compared to 2019? It’s still too early to say,” says Eric Kang, of the Moody’s rating agency. However, in the United States, “the upturn in activity is starting to become increasingly visible”.

Other indirect effects of the pandemic could also transform the car rental market. The explosion of ‘home deliveries’ has led to a sharp rise in van hire demand, which both Sixt and Europcar rely on.

The leisure sector could recover “quickly”, but as far as business travelers are concerned, “a lot of travel, potentially between 10% and 30%, will be replaced by video conferencing” out of concern for the economy but also respect for the environment, emphasizes Eric Kang.

Nevertheless, the car rental companies are taking advantage of the crisis to implement changes. For example, Europcar has accelerated its transformation plan, aiming to electrify part of its fleet and, above all, to make it 100% “connected” to limit the number of visits to the counter.

The company, where Caroline Parot has left the board of directors’ chairmanship to the former CEO of Air France, Alexandre de Juniac, announced on Wednesday a first data sharing agreement with the Stellantis group. Europcar will connect directly to its Peugeot, Citroën, DS, or Opel vehicles to determine their location or fuel level. 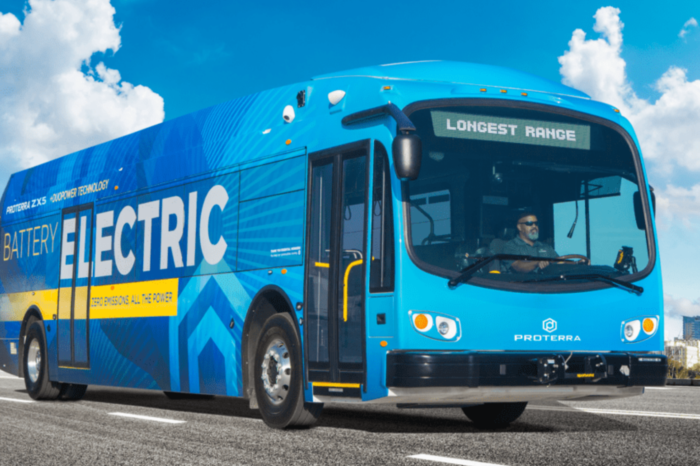 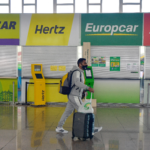