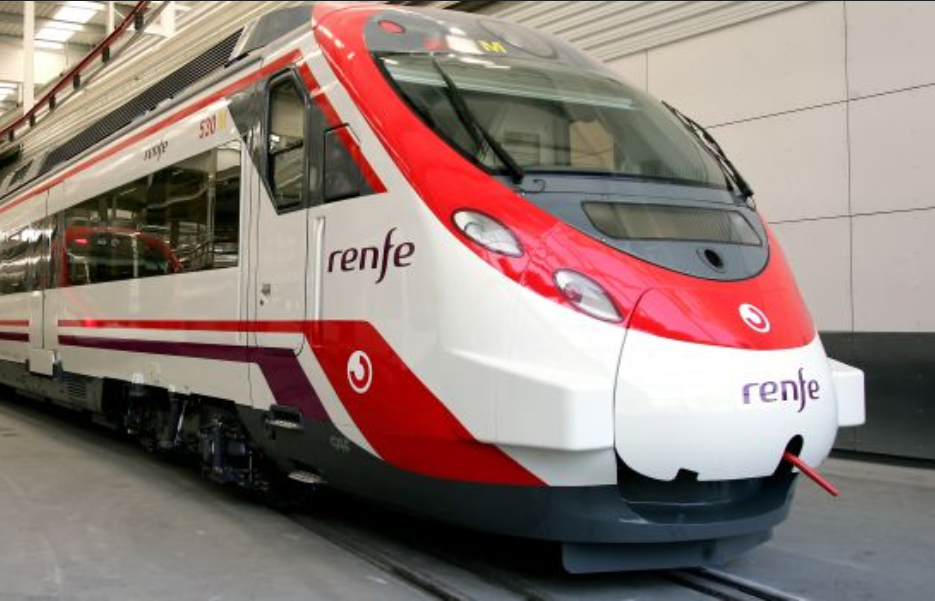 A consortium with partners from Belgium, Germany, Spain, and Portugal is testing a bi-modal train prototype, which uses its pantograph on regular electrified lines and a fuel cell and hydrogen to make its own electricity when not available. Brussels-based Toyota Motor Europe will supply the fuel cells.

The project, called FCH2RAIL (Fuel Cell Hybrid Power Pack for Rail Applications), was launched in January by defining the testing routes on Spanish and Portuguese tracks and the operating scenarios. It gets a €14 million budget with 10 million funded by the EU’s Fuel Cells and Hydrogen 2 Joint Undertaking (FCH2JU) program.

Under the technical guidance of the Institute of Vehicle Concepts of the German Aerospace Center (DLR), a regular electric CIVIA commuter train from Spanish train manufacturer CAF will be converted to use a combination of batteries and hydrogen-driven fuel cells on parts of the track where no overhead electricity lines are available.

One could imagine using only batteries to bridge the gaps on non-electrified lines. Still, this solution is too limited, with ranges of only 30 to 70 km, depending on the route and outside temperatures. Combined with modular fuel cell packs and hydrogen tanks, that range could match a regular diesel train range for longer distances.

“Our study on hydrogen and fuel cells in the railway environment showed that there is significant potential for FCH technologies in the rail environment and that hydrogen-powered trains will be an important part of building a sustainable European transport system,” states Bart Biebuyck, Executive Director of FCH2JU in a press release.

The CIVIA that is to be converted will be put at the project’s disposal by the Spanish state railway operator Renfe. Batteries and power converters will be provided by CAF (Construcciones y Auxiliar de Ferrocarriles). Toyota Motor Europe delivers its packaged fuel cell system modules.

Toyota Motor Corporation announced in February it created these modules with a compact fuel cell to be offered to third parties that develop fuel cell applications, starting in the spring of 2021 or later.

Toyota Motor Europe will deliver the modular compact fuel cell systems, derived from the second generation Mirai, for the CIVIA electric train to be converted into a bi-modal hydrogen train /Toyota

The packages are based on the second generation Toyota Mirai. In a single compact module, weighing some 240 to 250 kg, Toyota combines the fuel cell stack and components that handle air supply, hydrogen supply, cooling, and power control.

The new module is available in four model versions ― a vertical type and a horizontal type – with a rated output of 60 kW or 80 kW and applicable in a wide voltage range (400 to 750 V).

One of the project’s research goals is to use the waste heat from the fuel cell modules efficiently to heat and air-condition the train. For this, German air conditioning manufacturer Faiveley/Stemmann Technik (STT) is joining DLR.

As it is a Spanish train, homologated initially for the Spanish and Portuguese railways, both countries’ rail managing companies are also involved in the project. The Spanish hydrogen research center Centro National de Hidrogeno (CNH2) will construct a hydrogen filling station to fuel the prototype train.

While this FCH2RAIL project is yet in its infancy, French Alstom, which became the world’s second-biggest train equipment manufacturer after its fusion with Canadian Bombardier, is already selling hydrogen trains.

End of 2018, Alstom has presented a ‘French version’ of its Coradia hydrogen train it wanted to propose to the SNCF to replace the current fleet of 450 to 500 regional diesel trains in the next ten years.

Like the FCH2RAIL project, it’s a hybrid version with a dual propulsion option of the Alstom Regiolis or Coradia diesel-electric trains used on the French regional network currently, propelled by fuel cell on hydrogen or pure electric on electrified lines by using a catenary.

The world’s first commercial hydrogen train started its daily round in September 2019 in Germany’s Lower Saxony on the 100 km line from Cuxhaven to Bremerhaven, Bremervörde Buxtehude. But this one uses the fuel cell option only.

In November 2017, Alstom signed a contract with the Lower Saxony region in Germany’s northwest to deliver 14 Coradia iLint hydrogen passenger trains. They will offer a regular service from December 2021 on the Cuxhaven-Buxtehude line. Meanwhile, Alstom got confirmed orders for 41 trains from the German regions of Hamburg and Frankfurt. 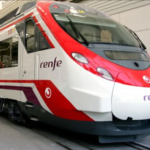