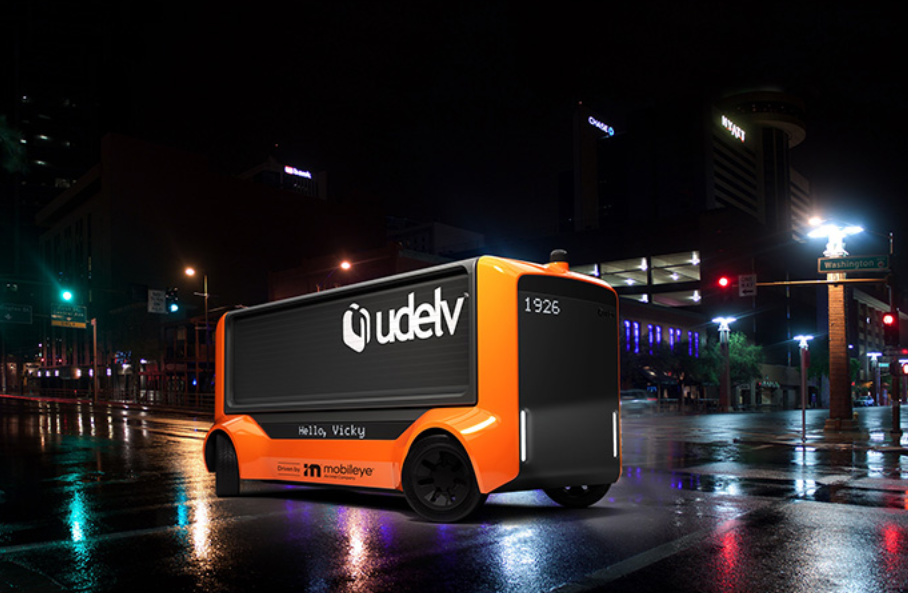 The Udelv Transporter of which 35 000 units are to be built, can find its way fully autonomously to the customer, who can open the designated cargo compartment with a smartphone app /Udelv

Israeli ADAS tech developer Mobileye, owned by chip giant Intel, is partnering with Udelv, a US startup specializing in driverless deliveries, to roll out a fleet of 35 000 ‘robot delivery vans’ between 2023 and 2028.

The ‘Transporter’ Udelv is developing will use Mobileye’s self-driving system, called Mobileye Drive™, to find its way autonomously to the customer who can pick up the goods at the destination, without any other human intervention. LED screens on the automated delivery vehicle (ADV) will ‘welcome’ the customer to pick up the goods in a designated compartment.

The Udelv Transporter will feature Level 4 autonomous driving, as defined by the Society of Automotive Engineers. This means a driver is no longer needed. As a matter of fact, the Transporter has no driver seat or cabin at all, no steering wheel or pedals.

The vehicle will drive fully autonomous from point to point in certain defined conditions, not all possible conditions. This would mean Level 5, the highest class. Mobileye Drive uses onboard computing based on a proprietary family of computer chips named EyeQon, camera, radar, and lidar technology. It has its own REM high-definition mapping system to have the vehicle find its way.

Udelv adds its own teleoperations system that will “allow for the maneuvering of the vehicles at the edges of the mission, in parking lots, loading zones, apartment complexes, and private roads.”

Today, Udelv utilizes converted delivery vans with a so-called uPod™ Smart Cargo box in the back that the client can open with a smartphone app.

Udelv, founded in 2017 in California, accomplished the first-ever autonomous delivery on public roads in 2018. The company has since completed over 20 000 deliveries for multiple merchants in California, Arizona, and Texas, it claims.

The new Transporter is to be purpose-built on an ‘electric skateboard’ on four steering wheels, reaching speeds of up to 65 mph (104 kph). Range, dimensions, and other specs are still to be released.

The deal with Mobileye implies the rollout of more than 35 000 of these Transporters by 2028, starting in 2023. Donlen, one of America’s largest commercial fleet management companies, is said to have placed the first pre-order of 1 000 ADVs, according to the Intel press release.

According to Intel, last-mile delivery is the most expensive distribution aspect, accounting for 53% of the overall cost of goods. “At the same time, consumers are buying more and more goods online, which is expected to raise the urban last-mile delivery volume by 75 to 80% by 2030 and require 36% more delivery vehicles.”

The shortage of drivers is making it difficult for companies to keep pace, Intel says. “It is a service model that is ripe for improvement.” Especially as the Covid-19 pandemic is boosting online commerce and has accelerated demand for autonomous goods delivery, according to Mobileye CEO Amnon Shashua.

Beyond ADAS, Mobileye is specialized in retrofitting existing vehicles with its L4 autonomous driving solution and has partnerships with BMW to develop Fully Autonomous Vehicles with the production launch in 2021, it states on its website. 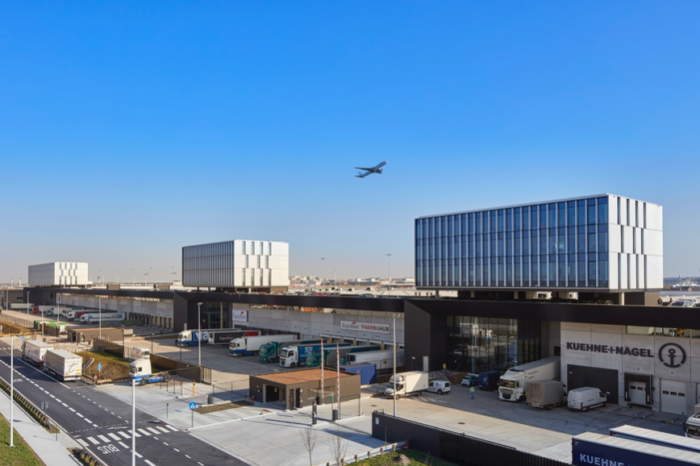 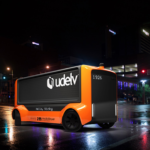