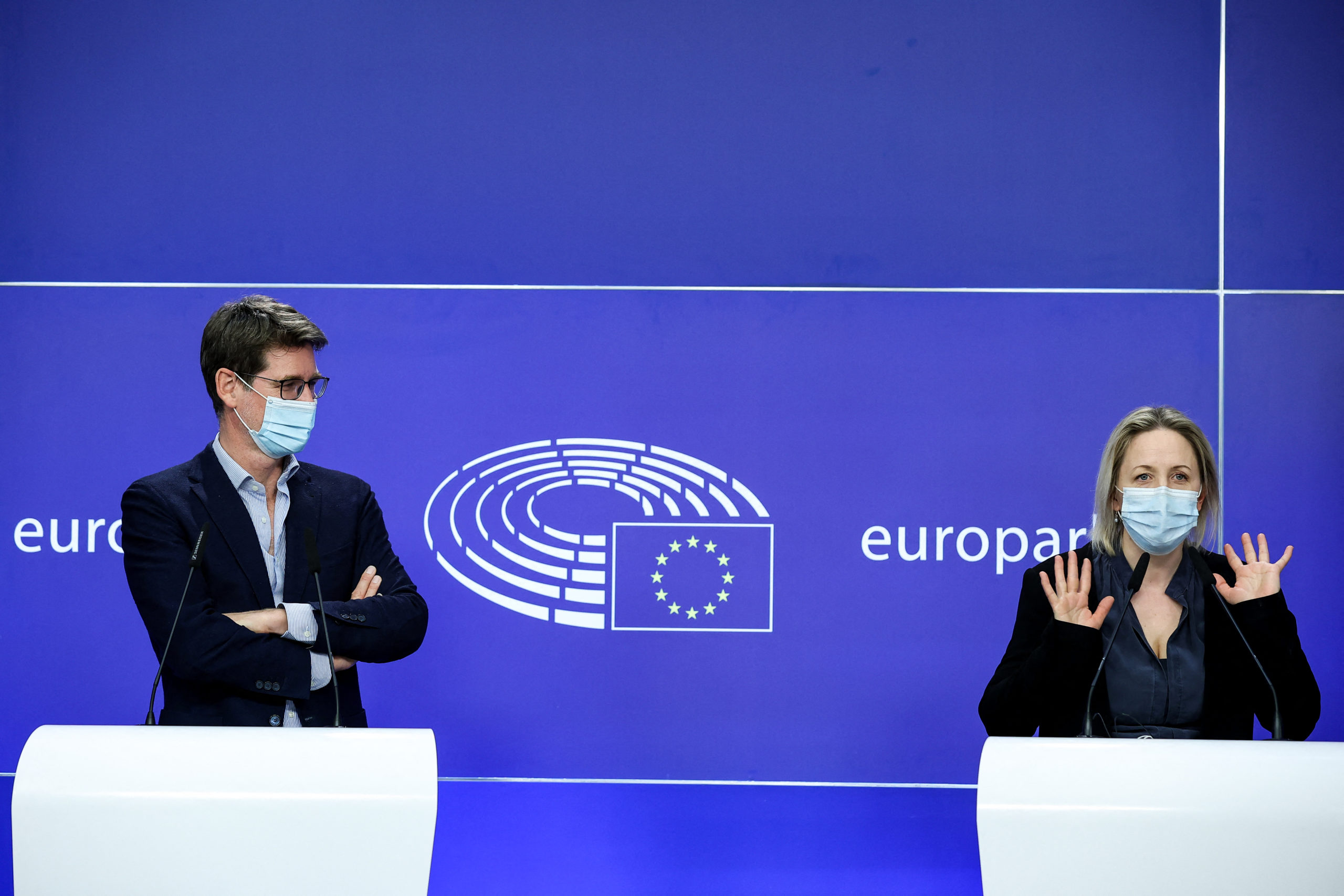 Despite having to back down on the 60%, chief negotiators Swedish eurodeputy Jytte Guteland (R) and French eurodeputy and Chair of the Environment Committee Pascal Canfin called it a historic deal for Europe /AFP

On Tuesday night, the European Parliament and the 27 member states reached at last an agreement on a binding CO2 reduction of 55% by 2030, compared to 1990 as a necessary milestone to reach climate neutrality by 2050. Initially, the Parliament wanted 60%, the member states 50%. But scientists say it should be 65% to
This content has been archived. Log in or Subscribe to a level that has access to archived content.