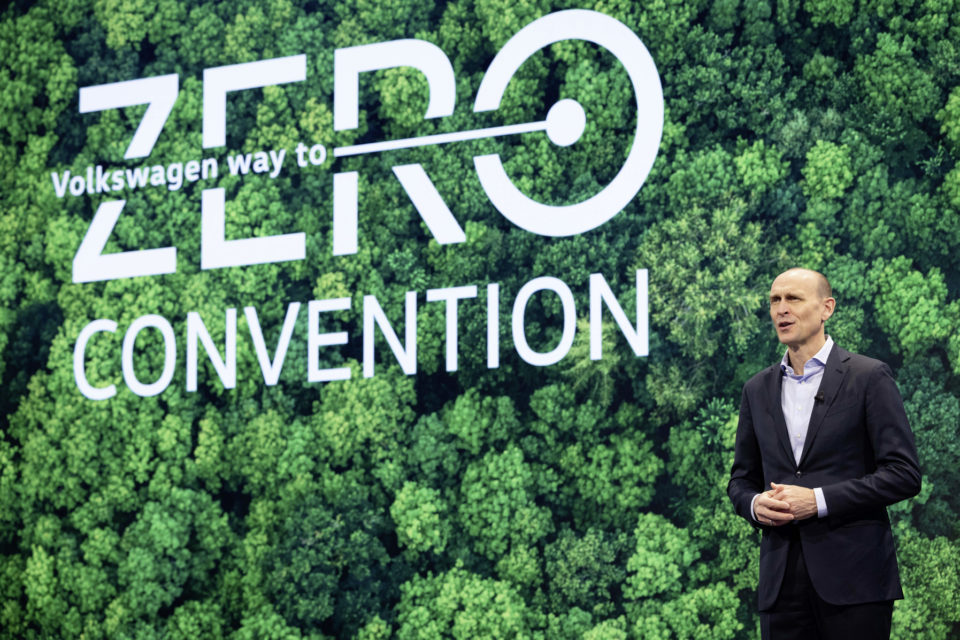 At the first Way to Zero convention, Volkswagen CEO Ralf Brandstätter introduced a new interim milestone, targeting a 40% reduction in CO2 emissions per vehicle in Europe by 2030 /Volkswagen

“We are well aware that our size means we have a particular responsibility,” said Volkswagen CEO Ralf Brandstätter during the first Way to Zero convention the car manufacturer held on Thursday.

For Volkswagen, this convention serves as a roadmap for effective climate protection. “So that is why we have set ourselves a new, ambitious intermediate goal (…): by 2030, we aim to reduce the CO2 emissions per vehicle in Europe by 40% compared to 2018.”

The statement raised particular interest because it means that the Volkswagen brand will be outperforming the Volkswagen Group, which has set a goal of reducing its carbon footprint by 30% for the same timeframe.

Brandstätter, who regards decarbonization as a competitive advantage, wants to shift to a higher gear. He added that the company would be net carbon neutral by 2050, at the latest.

Volkswagen wants to accomplish this through different routes. The first plan is called ACCELERATE. The brand will launch one new electric vehicle each year, translating into 70% of the sales by 2030.

But just the cars are far from enough. For example, every ID.3 currently manufactured emits twice as much CO2 as a comparable model with a combustion engine during production. It shows that striving for carbon neutrality means a shift toward a holistic approach.

Decarbonizing production and supply chain is, therefore, the second field of attention. “We are systematically identifying and reducing CO2 drivers in the supply chain,” commented Brandstätter.

“All our factories in Europe are currently running on renewable energy. Overall in production, by 2025 we intend to reduce CO2 per vehicle by 50 percent compared to 2015.”

Further down the line, Volkswagen intends to clean up the energy when its electric cars are being used, responsible for half of the carbon footprint. The company will be the first car manufacturer to invest in renewable energy on an industrial scale.

Through funding the construction of wind and solar farms, it plans to generate an extra seven terawatt of green electricity by 2025. That’s the equivalent of 300 wind turbines.

Not least important is the fourth area of attention: battery recycling. “The goal is to achieve a closed-loop with a recycling rate of more than 90 percent for valuable raw materials,” said Brandstätter.

Putting your foot down along the way to zero is an expensive journey. Over the coming four years, the decarbonization will cost Volkswagen €14 billion. In 2020, the carbon footprint for the entire Volkswagen Group was 369 million tons. 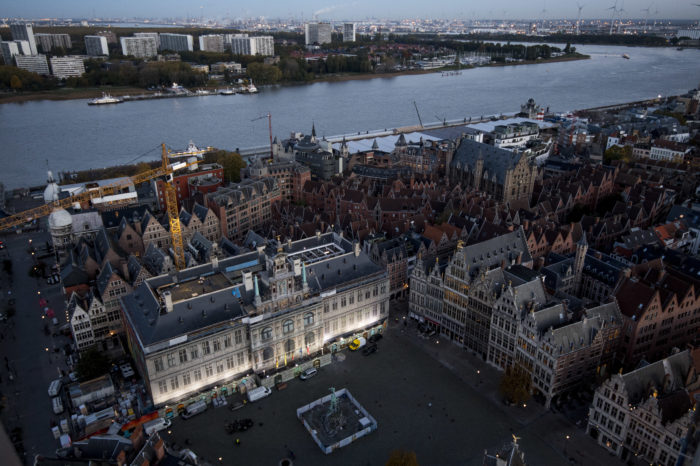 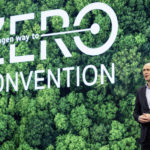