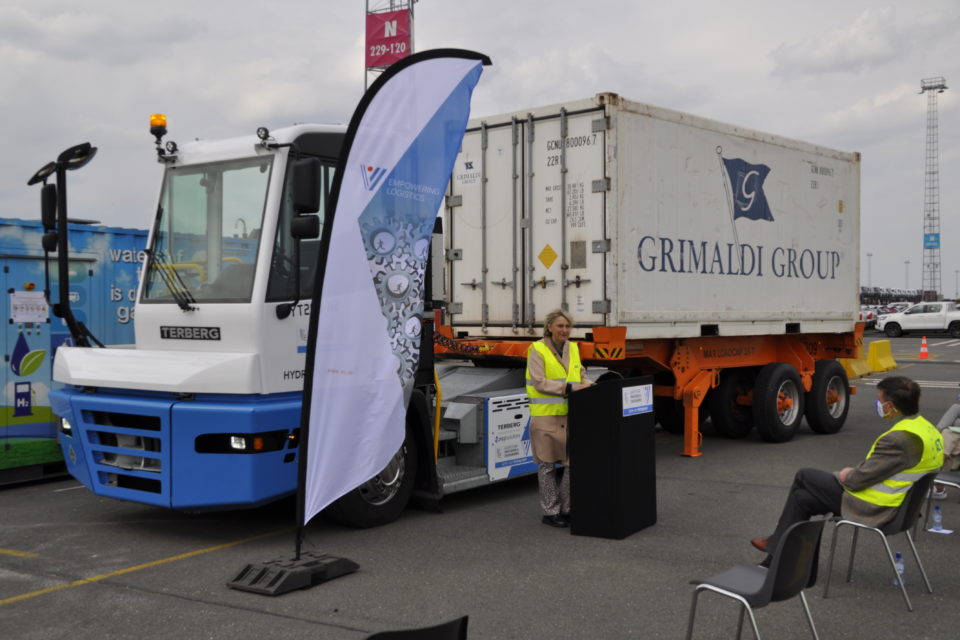 At the AET terminal in the Antwerp harbor (Beveren), Flemish Minister for Innovation Hilde Crevits could demonstrate her skills in filling up a fuel cell powered terminal tractor with hydrogen at a mobile filling station, housed in a container /Belga

In the project, a mobile hydrogen filling station is provided by WaterstofNet, a Flemish-Dutch non-profit organization that brings together companies, knowledge centers, and government authorities in specific hydrogen projects.

A mobile hydrogen filling station is seen as a way to avoid the high cost associated with a fixed infrastructure, which is often the main threshold for companies to invest in green technology.  Several companies could share a mobile station.

As part of the study, hydrogen-powered terminal tractors are tested at the logistic sites of Antwerp Euroterminal (AET) and later at PSA Antwerp. AET is Europe’s largest multipurpose terminal and home to the multinational logistics group Grimaldi specialized in roll-on/roll-off vessels, car carriers, and ferries.

PSA Antwerp, the merger of former port operators, Hessenatie and Noord Natie, is part of the Singapore-based PSA International group, one of the largest port groups in the world specialized in container handling.

AET tried out using a 12-ton battery-electric terminal tractor, but it takes too long to charge an electric tractor like this, especially when it is to be used round the clock in three shifts. A fuel-cell-powered tractor like the one in the test, capable of pulling 70 tons, can be filled up in minutes with hydrogen.

In Beveren, at the AET terminal, Hilde Crevits (CD&V), Flemish Minister for Work and Innovation, minister in charge of VIL, could demonstrate her skills in filling up a hydrogen terminal tractor at the mobile station.

In Belgium, retail group Colruyt is a ‘rare example of an early adopter of hydrogen used in logistics for its own fleet of forklift trucks at its main distribution center in Halle near Brussels. But Colruyt has its own electrolyzer installation to produce ‘green’ hydrogen with wind and solar power and runs one of the two Belgian public hydrogen filling stations operational at the moment.

Colruyt is to set up new hydrogen stations through its DATS24 fuel station network in Wilrijk (Antwerpen), Haasrode (Louvain), Herve (Liège), and Erpe-Mere between Brussels and Ghent. 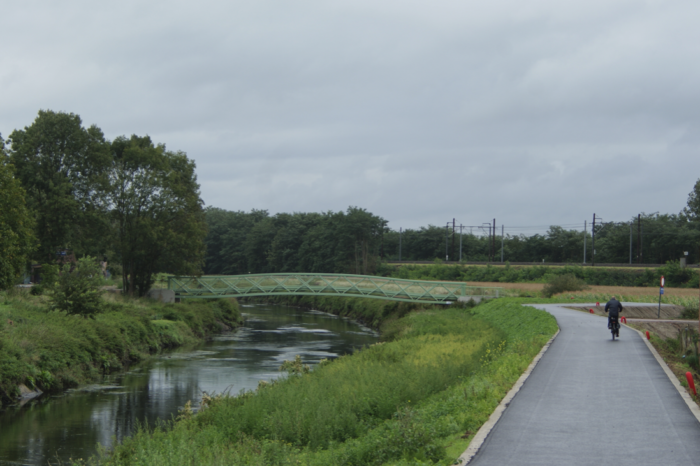 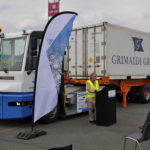