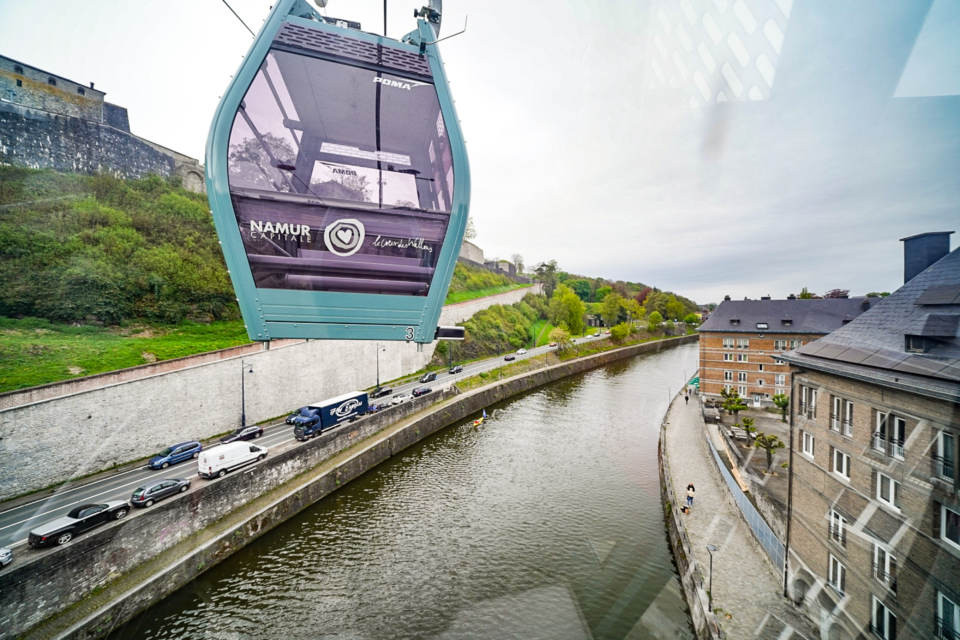 The city of Namur has started a new cable-car service. It’s not only meant for tourism but also has a soft mobility mission /Belga

A new cable car was inaugurated in Namur on Saturday. It connects the place, Maurice Servais, with the esplanade in front of the Citadel. It is a stretch of 650 meters and a height difference of 103 meters, covered in just over three minutes.

Namur already had a funicular between 1957 and 1997, along the Sambre. The new construction, an investment of 5,8 million euros, is of tourist interest and offers a solution for mobility in the city. From 120 000 users per year, the operator will reach a break-even point.

“The route on the Sambrian side has much less impact on the landscape and heritage,” says operator Jean-Yves Remy, CEO of Labellemotagne, which specializes in the management of ski areas and has a 47,5 stake in SA du Téléphérique, along with Poma (47,5), the leader in cable transport, and Franki (5%), which is in charge of civil engineering and buildings.

“Only one tower is visible; the other three merge into the Terra Nova woods,” explains Remy to La Libre Belgique. “Combining tradition and modernity, the two stations are an integral part of the local decor.”

“The bottom station is clad in brick to match the style of the historic district. To reduce noise pollution as much as possible, the driving station was installed upstream, with particular attention paid to acoustics.”

The cable car currently has two carriages with three cabins for six people. However, if the demand is high, the capacity can be expanded by two additional carriages. That way, 400 people could travel the route every hour.

Due to corona, there are currently restrictions on the number of passengers per cabin, two people, or a bubble of two to six people from the same family. A single-way ticket costs €4,50, a return ticket for an adult €6,50.

The top speed is six meters per second. Therefore, the journey can be completed in a little over two minutes but can be extended depending on the number of passengers to make the most of the view offered to them. The cable car is accessible every day from 10 a.m. to 5 p.m.

The objective of the operator is a turnover of one million euros. As the city pays 600 000 euros, Remy estimates a break-even point at 120 000 visitors per year. The city still wants to make the cable car a tool of soft mobility beyond its tourist interest. So the timetable could be extended from September. Discussions are still underway with the operator.

In Wallonia, cable car projects are also in the pipeline in Huy and Liège. 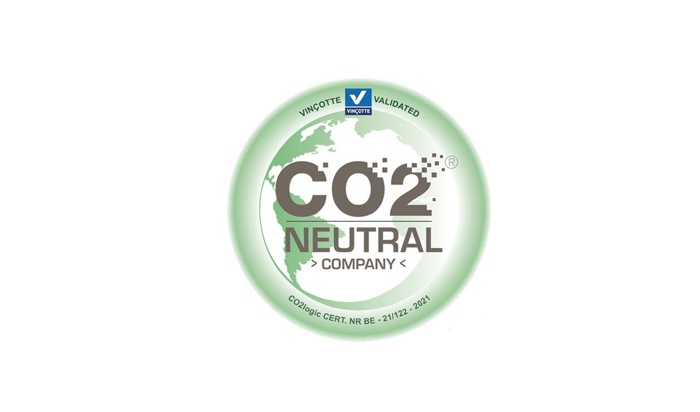 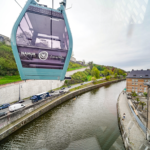