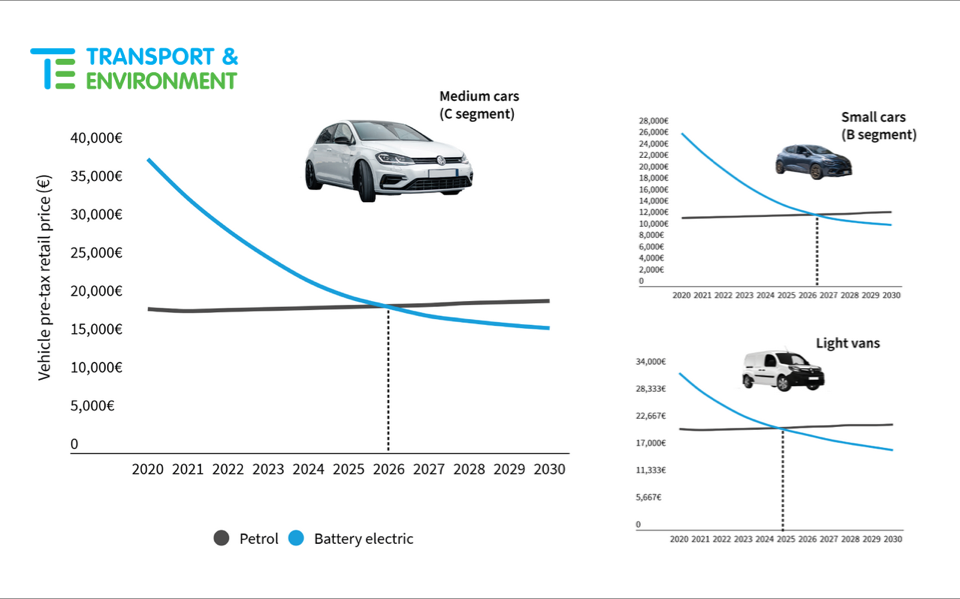 Battery-electric cars and vans should become cheaper to produce as soon as 2025-2027, over all segments, including the smallest city cars /T&E – Source BNEF

Falling battery prices and the development of optimized EV platforms will make full-electric sedans and SUVs from the C and D segments as cheap to produce as the versions with an internal combustion engine by 2025-2026. Small cars from the B-segment will follow no later than 2027. By then, Europe will be ‘hitting the EV inflection point’

“With the right support, the entire EU can go to 100% electric car and van sales by 2035 to decarbonize road transport by 2050,” Brussels-based NGO Transport & Environment (T&E) says.  It bases its conclusions on a new study by Bloomberg New Energy Finance (BNEF), T&E commissioned with the research firm.

Setting a date for phasing out sales of new ICE cars is a hot issue in Europe, as the Commission is preparing new CO2 emission standards for the transport sector. End of April, 27 companies asked the EU in an open call to the lawmakers to phase out sales of new cars with an internal combustion engine (ICE) – including plug-in hybrids – no later than 2035.

The cry for phasing out ICE cars is heard louder and louder, and the discussion seems to focus on two dates: 2030 or 2035 at last. According to NGO Transport & Environment, almost two-thirds of 10 000 urban residents surveyed in a study support the ban on diesel and gasoline cars in Europe after 2030.

In March, nine EU member states urged the Commission to set a date for the phasing out, but only the Netherlands actually proposed 2030 as the preferred timing. The others, with Belgium, Denmark, Austria, Greece, Ireland, Lituania, Luxembourg, and Malta, keep their options open.

T&E is now supplying extra ‘fuel’ to stir up the discussion with the new BNEF report. It asked the research agency to consider the following questions: “Can the entire EU go to 100% electric light-duty sales by 2035 to deliver on the European Green Deal? And can a small business as well as an average family, whether living in a city or a village, make the switch?”

And the answer is YES, T&E labors its point. Today, EVs are between 63% and 94% more expensive than their ICE siblings, depending on the segment, T&E states with the BNEF report at hand.

Dedicated EV platforms popping up everywhere in the car industry today will enable a 10 to 30% reduction in manufacturing costs. Fewer components to be used, more of them in higher volumes to be shared by different models, simpler assembly, and standardized battery packs are key to this evolution.

Light electric vans will be cheaper than diesel vans from 2025, the BNEF study shows, and heavy electric vans from 2026. In the C and D segment, medium and large BEV sedans and SUVs will reach that inflection point by 2026. Small cars from the B-segment, where margins are at their sharpest, should reach that point no later than 2027.

According to de Meo, the cost of an ICE engine in a small car will double in price if it has to meet the Euro 7 regulations scheduled for 2025. “The stuff you need to clean up a combustion engine is expensive, so it makes a difference if you have to put it in a car costing €15 000 or €120 000.

“The cost of batteries is now falling at a rate of some 10% every year,” de Meo adds. “In a small city car, your battery needn’t be so big. As the price of a small ICE car rises and that of a small EV lowers, the cost curves will cross, and the EV will become affordable and viable.”

Urging EU not to give in

The carmakers warning stricter Euro 7 regulations will price out small cars of the market is grist to the mill of T&E to urge the EU not to give in. “Under the current car CO2 regulation, carmakers have to cut the CO2 emissions of their new vehicle sales by 15% from 2025 and 37,5% from 2030 (compared to 2021),” the NGO warns.

“If the CO2 target remains unchanged until 2030, Europe will see little push to increase the supply of electric vehicles. The current targets are far from what is needed to reach the 2035 ICE phase-out.”

“This would lead to suboptimal BEV technology development and adoption as the EV market would likely be held back by carmakers looking to recoup investments from the aging gasoline and diesel technologies instead of investing in BEV technologies.”

Remains another important question if the European Union is to reach zero emissions in transport by 2050: will everybody in the EU be able to afford the switch? That’s something T&E asked BNEF to study too.

The ‘Nordic+ countries’, including the Netherlands being along with Norway ahead in EVs already today, will hit the 100% BEV target no later than 2030. If Norway keeps up today’s pace, that could be as early as 2023.

Eastern countries to catch up

With only 1,4% BEV sales in 2020, Eastern Europe will have to make the biggest jump but is likely to hold on the longest to ICE cars with a booming second-hand market fueled by the growing fleet of dumped fossil-fueled cars in the rest of Europe.

BNEF estimates BEVs will make out only 44% by 2030. But eventually, with lower BEV prices and more of them becoming available on the second-hand market as the rest of Europe proceeds in its transition, the Eastern countries are expected to catch up to 100% electric sales ultimately by 2035 too. 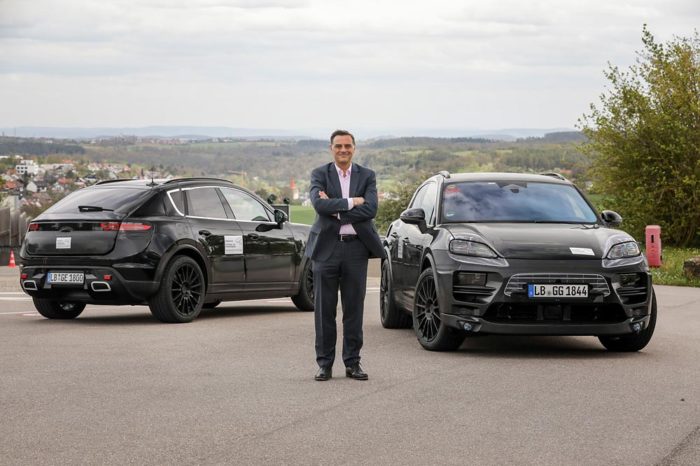 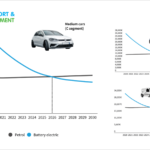