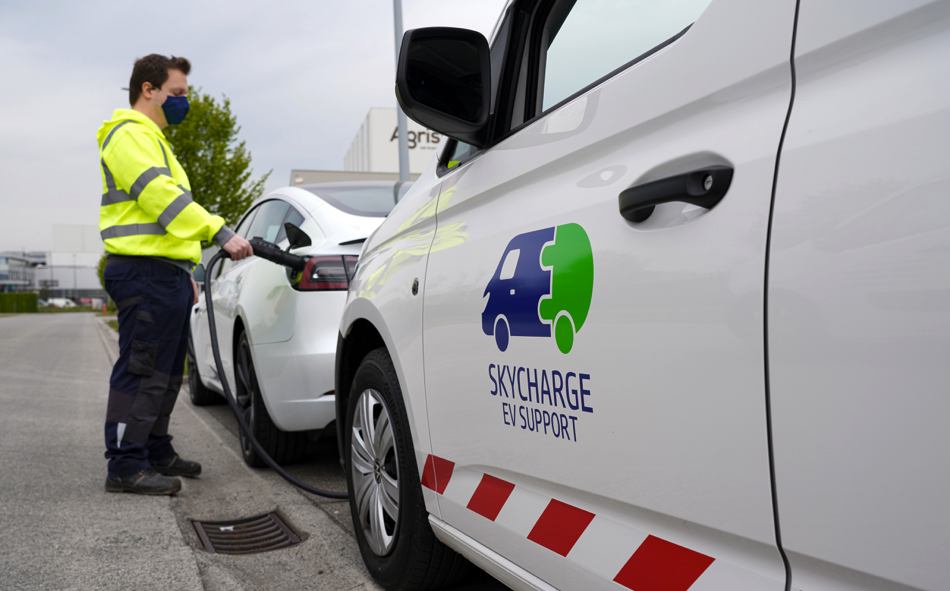 A SkyCharge van equipped with a mobile 9.6 kW AC charger can deliver a 1 km per minute range to a stranded electric car to get it back on its way to a nearby fast charger /SkyCharge

SkyTechnics, one of D’Ieteren’s major subcontractors for installing EDI charging stations based in Nazareth near Ghent, is launching a mobile EV-charging service under the brand name ‘SkyCharge’ to get stranded EV drivers with an empty battery back on the way.

A SkyCharge van equipped with a mobile 9.6 kW AC charger can deliver a 1 km per minute range to get the EV equipped with a type 1, type 2, or CCS Combo plug on its way to a fast charger nearby.

As a pilot project, SkyCharge will be offered for free for a two-month period, from May 17th to July 17th, in the Belgian province of East Flanders to start with. The goal is to roll out the service all over Belgium later.

In November, a more powerful mobile charger will be put into service, capable of 40 kW DC charging or giving an EV a 45 to 60 km range in 15 minutes. SkyCharge will offer the service as a subcontractor to car dealerships, leasing companies, and eventually, established breakdown services like Touring or VAB to extend their own mobile EV-charger fleet.

But the service will be open to private EV drivers directly too. Via a free, dedicated app, people can contact SkyCharge automatically, giving details about the location and the vehicle itself. SkyCharge claims to have the emergency charger at any location within the province in no more than 45 minutes. 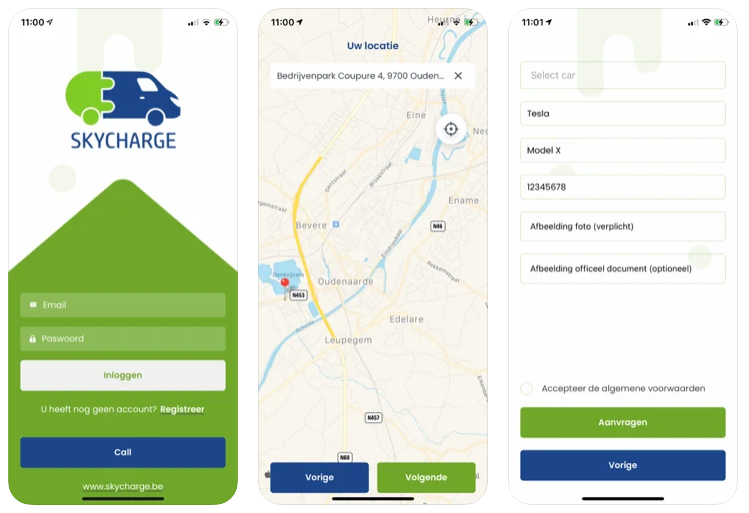 According to SkyTechnics founder and owner Mohammed Taslidere, EV drivers running short in range happens more frequently than one would assume. Just like people frequently run out of fuel, despite an abundance of classic fuel stations.

Cold weather, for instance, can shorten an EV range by 15%, surprising the driver. The idea is to get him back on the move with some ‘spare energy’ within short notice to be able to reach a fast charger or the wall box at home, without the need to hoist the vehicle.  Just like breakdown services can help you on the way with a few liters of gasoline or diesel in a classic ICE car.

What the exact price for an intervention like this will be, Taslidere wouldn’t specify for the time being. “The idea is to have the service launched first and offer it for free for a two-month period as a pilot, to get an idea of the response to plan a further roll-out,” he says on the phone. “After that, we’ll probably go for a subscription formula, which could be in the 5 to 8 euros per month range.”

SkyCharge won’t offer actual breakdown service like Touring or VAB in Belgium. If the vehicle has to be hoisted, the driver will have to fall back on its breakdown service provider. Taslidere has no intention to compete with these services but rather to act as a subcontractor for them. 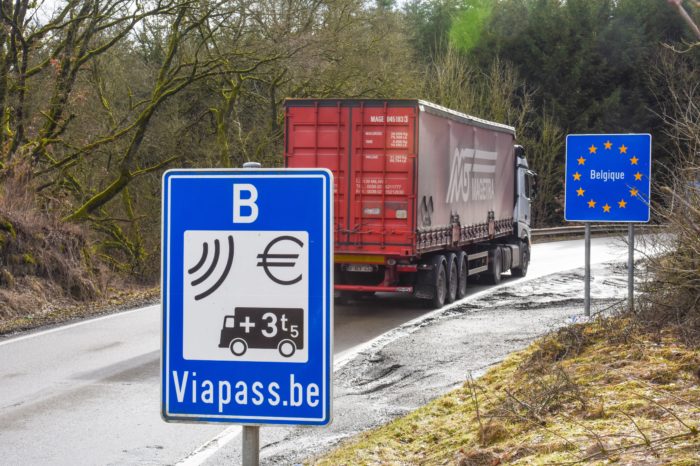 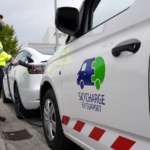