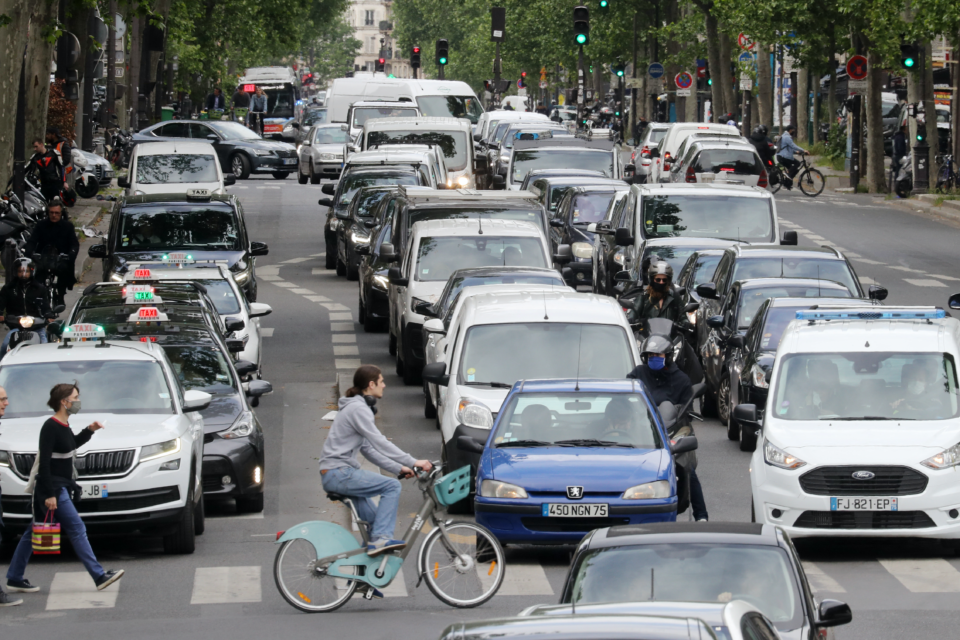 After Nantes and Grenoble, the Paris city center will probably become the third French city with a limited traffic zone /Belga/AFP

The City Council of Paris is planning to reduce car traffic in the city center sharply and turn it into a low-traffic zone. David Belliard from the green party EELV, who is responsible for mobility in the City Council and Deputy Mayor, said this in an interview with the newspaper Le Parisien.

The city wants to reduce the through traffic drastically. Of the approximately 180 000 vehicles that pass through the center of the capital today, 100 000 do so without stopping. The measure is scheduled to be introduced in 2022.

In the future, only residents, traders, suppliers, and people working in the capital will be able to use a car in the area. Buses and taxis will also be allowed in the center of the French capital. The measure should increase safety for pedestrians and cyclists and reduce pollution and noise in the city, David Belliard of the green part EELV said.

A consultation process has been launched to clarify further details. For example, it is not yet clear what rules will apply to coaches. The low-traffic zone will cover the most central districts of the capital. This concerns the first four districts and part of the fifth, sixth, and seventh districts.

Italy, in particular, stands out in this respect, writes La Tribune. According to figures from 2019, Europe counts 238 limited traffic zones in eight European countries. There are 228 ZTL’s in Italy alone because the measure was adopted there as early as the 1970s.

In Paris, transit traffic represents 40% and 60%, depending on the time of day, of all car traffic in the area, good for  180 000 cars that pass through the area every day, which is “ten times more than the number of cars of those who live there”.

In her program for her re-election campaign in 2020, Anne Hidalgo, a potential presidential candidate in 2022, had promised “the creation of pedestrian areas in all districts” and “the pedestrianization of the center of Paris”. She also wants to reduce the number of street parking spaces by half by the end of her term in office in 2026.

Her first term in office was marked by a long political and legal battle to close the traffic part of the banked lanes of the Seine, now reserved for pedestrians. Cars made before 1997 have also been banned from the city center on weekdays and the first Sunday of every month. The Champs-Élysées and the center of Paris are reserved for pedestrians. And shortly after Hidalgo’s election, the city government also passed the five-year Plan Vélo (Bike Plan) to carve out cycling-only lanes, separated from traffic.

A 2018 study found that Paris has the second-worst air quality among 13 European cities, behind Moscow. 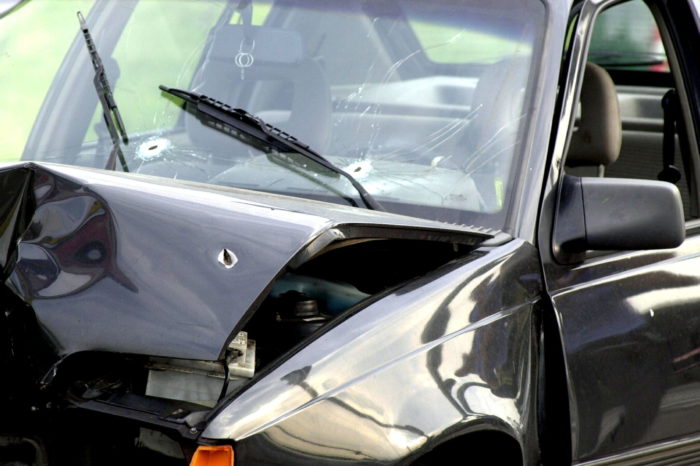 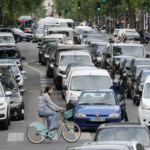