In Europe, already 15 000 people said to be interested in Lynk & Co’s mobility offer, exceeding this years target of 9 000 already after five months. But now the carmaker who wants to revolutionize mobility, has to deliver on its promises to have these people actually sign a contract /Lybnk & Co

Chinese Geely-daughter Lynk & Co struggles to keep its promises for delivering the 01 PHEV on a monthly rental formula in time. In Belgium, candidate ‘members’ who enlisted among the first are warned deliveries might be delayed until September at least three to five months later than intended.

According to the company, the brainchild of its Belgian CEO, Alain Visser, Lynk & Co, is hit by the worldwide automotive chips shortage like many other carmakers.

In the meantime, far more people enlisted for the Lynk & Co PHEV than expected. This year’s target of 9 000 members was surpassed by 6 000 after five months of opening reservation lists in Sweden, the Netherlands, Italy, Germany, and Belgium.

In Belgium, people who enlisted during the first weeks beginning this year got the personal message Lynk & Co wants to be ‘transparent and open’.

The first cars – which arrive through Zeebrugge in Belgium for the whole of Europe – are delivered starting in April to Belgian subscribers, and ‘more cars are delivered every week’. But even the ones who enlisted at the beginning of introducing the brand in Europe are warned it could take until September to deliver instead of May or June, as initially expected.

“Lynk & Co started as an idea, a rather risky one even. But it has become a reality,” CEO Alain Visser says in a press release. “I’m happy and grateful that so many people already feel connected with our message and mission. For all concerned, it is a wild adventure, and it is only at its beginning.”

Clubs instead of showrooms

In Europe, already 15 000 people registered to eventually become a ‘club member’, mostly attracted by the monthly subscription formula of €500 all-included. A rather low price for a well-equipped plug-in hybrid SUV that can be subleased to family, friends, or other Lynk & Co members.

The carmaker opened clubs – an alternative for a classic showroom presenting its mobility concept – in Göteborg, Sweden, where its headquarters are, and Amsterdam (Netherlands).

Two more are to be opened in summer in Antwerp (Belgium) and Berlin (Germany). Barcelona (Spain), Paris (France), and Milan (Italy) are to follow.

So far, Lynk & Co has engaged over 100 new employees in Europe, aiming at extending staff by the end of 2021 to 550 with 26 different nationalities in all countries with clubs.

Lynk & Co says it wants to change classic mobility forever. Still, to keep the enthusiasm of the early adopters to this high initial level and expand it to the general public, it will need to deliver on its promises. 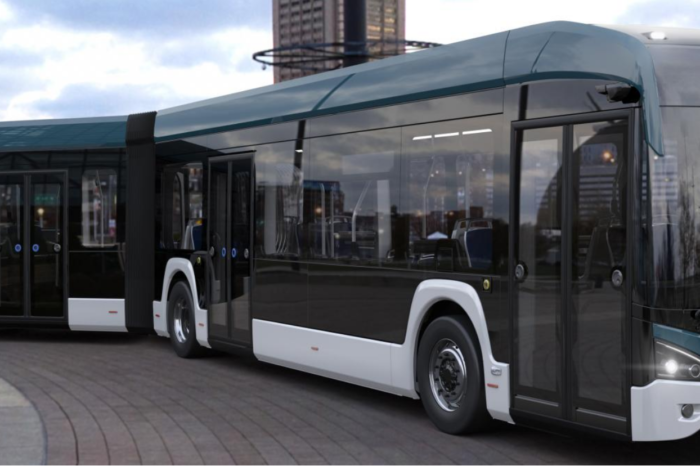 VDL's new Citea bus will only be electric