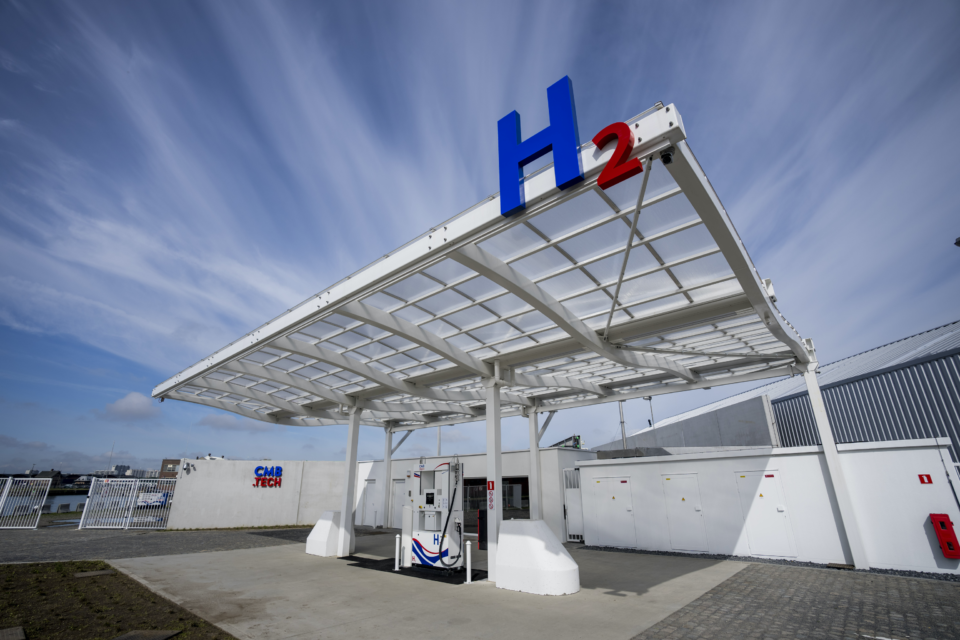 Shipping group CMB has opened the first multimodal filling station in Antwerp that produces green hydrogen. A world first, according to the group / Belga

Near the Port House on the Antwerp Eilandje, the company CMB has opened a multimodal hydrogen filling station on the border of the city and the port.

According to CMB, an Antwerp shipping company that focuses on hydrogen solutions for maritime and industrial applications, it’s the first filling station in the world that produces green hydrogen used to power ships, tube trailers, cars, trucks, and buses.

In 2017 CMB already launched the Hydroville, the world’s first hydrogen-powered passenger ship. Until now, the ship had to work with a mobile hydrogen refueling station – a tube trailer – but from now on, it can also dock to refuel in Antwerp.

“With the realization of the hydrogen filling station, CMB-Tech proves that it controls the entire chain from the production of the green fuel to the use of hydrogen in various applications,” says Roy Campe, chief technical officer (CTO) of the company and the clean-tech division CMB-Tech.

According to CMB, ports will become “hydrogen hotspots” in the future, as such areas have a high concentration of applications that are difficult to electrify. Moreover, many ports will gain access to hydrogen either through large electrolysis plants or through imports.

The location on the Eilandje between the port and the city, and not in the middle of the Antwerp port area, is a deliberate choice. “On the one hand, to supply the many industrial applications in the port with hydrogen, and on the other hand, keep it easily accessible for the general public,” says Roy Campe, as quoted by the Belga news agency.

One of the first users will be a tugboat from the port itself, which will be delivered next year.

Two docks for ships, an ultra-fast charging station for cars

In the hydrogen filling station, electricity and water are converted into hydrogen via an electrolyzer, pumped up to very high pressure via a compressor to various buffers that allow cars, trucks, or ships to fill up.

Export of expertise to Japan

According to De Tijd, CMB has been contacted by the Japanese conglomerate Itochu and the Japanese hydrogen producer Nippon Coke because of its hydrogen expertise.

They want to build a similar maritime and industrial hydrogen filling station in Japan on the island of Kyushu. It would be ready in 2023. CMB has already developed a hydrogen-powered ferry for 80 passengers for the Japanese market.

Yesterday, CMB-Tech also presented a new vehicle that can refuel there. The first dual-fuel hydrogen truck christened the “Lenoir truck”, a reference to a French-speaking Belgian who built the first hydrogen-powered internal combustion engine in 1860.

According to CMB-Tech, trucks with a normal combustion engine can easily be converted into dual-fuel trucks. In time, CMB says it wants to produce and market hundreds of similar trucks.

“This truck can burn hydrogen, but also diesel,” says CEO Alexander Saverys. “An important element in the energy transition is to ensure that ships continue to sail and trucks continue to run if hydrogen is not available at some point.

We can already reduce emissions by 70 to 80% with this truck, and we think the logistics sector will switch to something like this rather than a battery truck. You can also recharge faster, the distances you can drive are longer, and the payload is greater.”

Saverys calls the Lenoir truck the “kickstart of emission reduction within the logistics sector” and hopes to find partners in that sector to carry out the necessary tests, for example, on the precise range of the vehicle.

The new ‘rock star’ in the EU energy landscape

The CEO is therefore convinced that for shipping and heavy industry, hydrogen is the only solution. “Batteries and other alternative fuels do not reduce CO2 emissions or are not practically feasible. It is true that we still need to get the price of hydrogen down and the availability up.”

European Green Deal Commissioner Frans Timmermans, who was present at the opening, emphasized the importance that Europe believes hydrogen will have for the energy transition.

“Until recently, nobody thought that hydrogen would mean anything in the economy of the future,” said Timmermans. “Now it’s the new ‘rock star’ in the European energy landscape. Projects like this make an enormous contribution to saving our planet because they allow one of the most polluting means of transport – shipping – to switch to green energy. But it is also a huge economic opportunity. The problem with hydrogen is just the scale: demand has to go up, and production has to go up.”

Last year, a ‘record number’ of 107 new hydrogen filling stations was opened throughout the world, bringing the total to 560 according to the 13th Annual assessment of H2stations.org,

Today, only two public hydrogen filling stations are operational in Belgium: Air Liquide in Zaventem near Brussels and one owned by the Colruyt Group at its headquarters in Halle (Brussel). With Antwerp, there now will be three.

Limburg Hydrogen Society, a consortium of companies and institutions active in the Belgian province, also aims to produce green hydrogen locally and have a filling station operational in Genk by 2023. 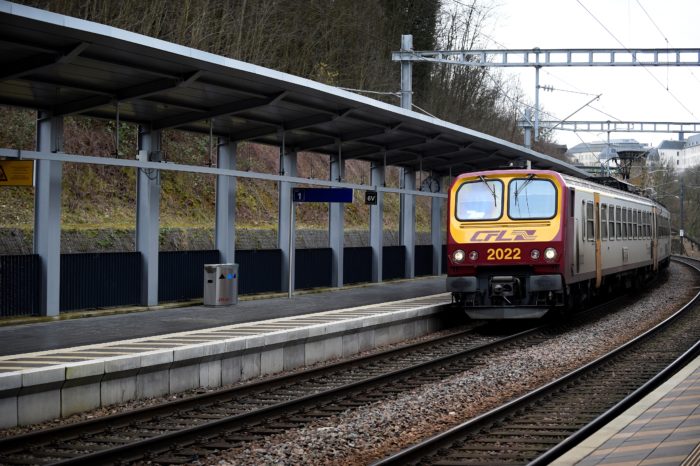 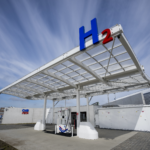