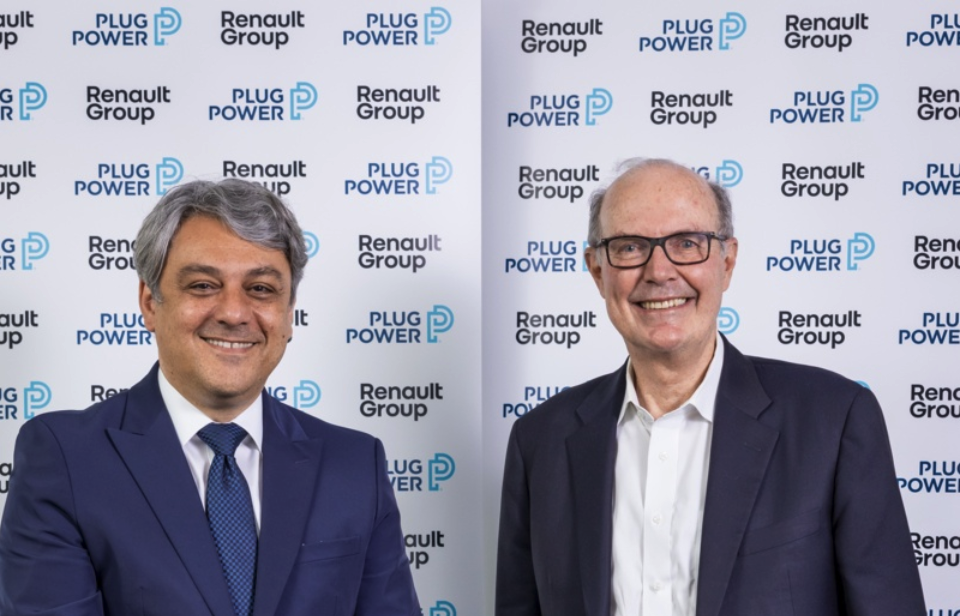 The first three fuel cell vehicles brought to market by HYVIA, as the joint venture is baptized, will be based on the Renault Master platform and should be available in Europe by the end of 2021 and accompanied by the deployment of charging stations and the supply of green hydrogen, the press release states.

“HYVIA is a contraction of ‘HY’ for hydrogen and the Latin word ‘VIA’ for road, embodying the ambition to open a new path toward low-carbon mobility. Commercial vehicles such as LCVs require greater range and shorter refueling time, operational demands where hydrogen fuel cells are the unparalleled energy solution.”

Headquarters and the R&D center will be based in Villiers-Saint-Frédéric in north-central France, known for having one of the largest Renault tools and component factories in France. Manufacturing and logistics teams will be based in nearby Flins as part of the Re-Factory project and plan to begin assembling fuel cells and recharging stations by the end of 2021.

The fuel cell integration will be carried out by PVI, a subsidiary of Renault Group since 2017, located in also nearby Gretz-Armainvilliers. The actual production of the FCEV Renault Master will be done at the Batilly plant, Meurthe-et-Moselle (France). This bodywork and assembly factory already produces the Master in over 350 versions.

The new CEO of HYVIA will be David Holderbach, who started his automotive career in 2003 as a Chassis Design Manager with Auto Chassis International and moved after a passage with Nissan to Renault 12 years ago, where he was Aftersales Director BENELUX from 2019 to June 2021.

“Renault has been a hydrogen pioneer since 2014 with more than a hundred light commercial vehicles on the road. We are excited to join forces with Plug Power with its integrated solutions approach toward green hydrogen,” Holderbach says in the press release.

“HYVIA is now opening a new path toward decarbonization with a complete offering of hydrogen solutions. HYVIA builds on the complementary skills of Renault Group and Plug Power and will target a 30% market share in hydrogen-powered light commercial vehicles in Europe by 2030.”

Renault equips its electric vans – Kangoo Z.E. and Master Z.E. – with a fuel cell range extender on hydrogen since 2019. With that technology from Michelin daughter Symbio, the Kangoo extends its range from 230 to 370 km, the Master from 120 to 350 km (WLTP). 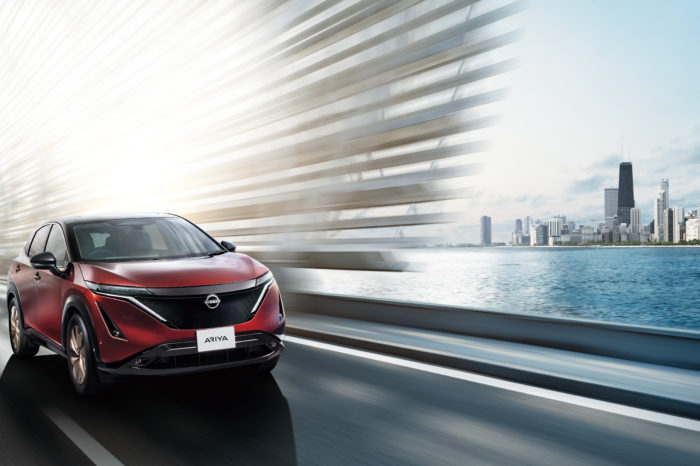 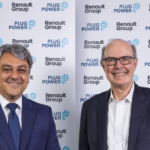