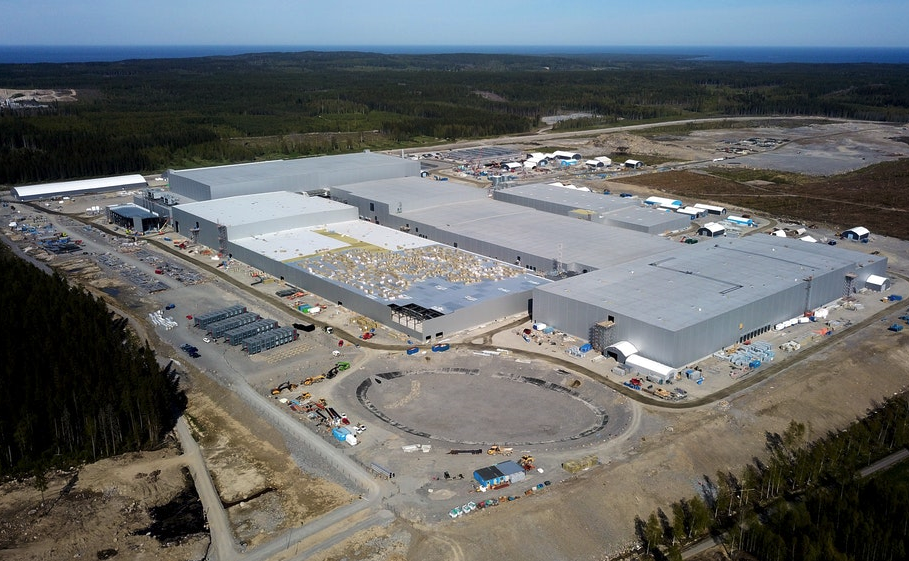 The Northvolt Ett gigafactory is currently being built at the Swedish coast in the industrial town of Skellefteå. Production will start this year /Northvolt

German carmaker Volkswagen has injected another 509 million euros ($620 million) in its Swedish battery partner Northvolt, it announced on Wednesday. Northvolt wants to upscale production and recycling of batteries, and VW aims at less dependency from Chinese suppliers for its EV offensive.

Volkswagen ensures this way it holds 20% of the Swedish battery maker. Other existing investors are, among others, Swedish co-founder and CEO of music streaming service Spotify, Daniel Ek.

In August last year, the German government announced it would give a $525 million (€441 million) state guarantee for the Northvolt Ett battery giga-factory in Skellefteå on Sweden’s north-east coast. It can do this legally abroad, given the strategic involvement of German carmakers BMW and Volkswagen in the project.

BMW has concluded a long-term agreement with the Swedish battery manufacturer for sustainably manufactured battery cells to be delivered from 2024. A deal worth €2 billion. But first, the Swedish batteries will go to Volkswagen. On its ‘Power Day’ in March 2021, VW announced it already placed an €11,5 billion order when presenting its uniform battery.

Volkswagen has a deal with the Swedish for building ‘Northvolt Two’, a second battery factory in Salzgitter, Germany. There Volkswagen has its Battery Cell Center of Excellence. It is to produce 16 GWh by the end of 2023, to be upscaled to 24 GWh.

The Swedish main factory is to start actual production later in 2021 with 14 GWh capacity today, beefed up to 40 GWh and 60 GWh later to cope with increasing demand. That exceeds the size of Tesla’s Gigafactory 1 in Nevada today (35 GWh). The initially four-billion dollar project would employ 2 000 to 2 500 people in the factory being built currently at the coast in the industrial town of Skellefteå. 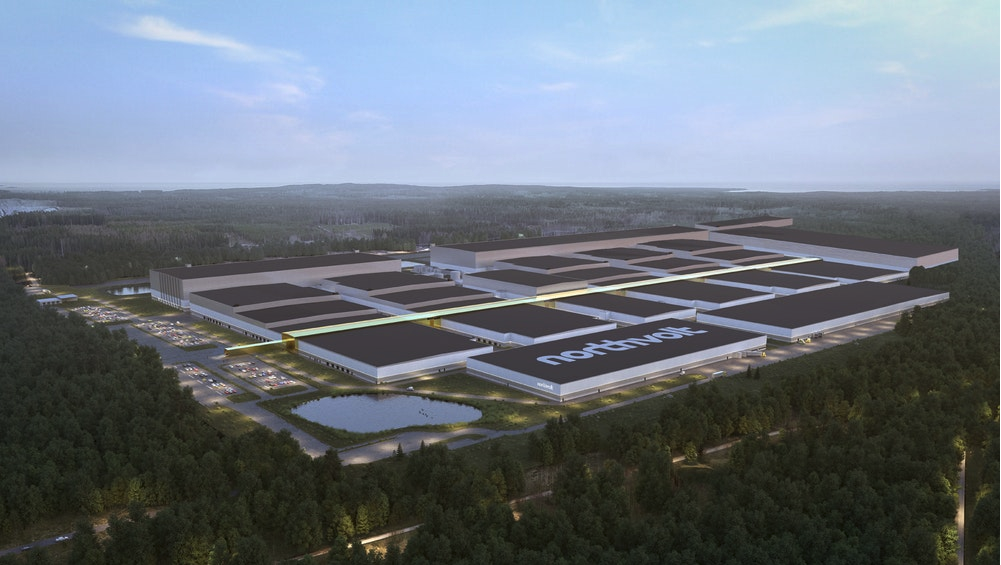 Initially intended to have a 40 GWh per year capacity, the new funds will allow Northvolt to extend its gigafactory to 60 MWh /Northvolt

The location was chosen because it is close to sources of nickel, cobalt, lithium, and graphite, and an abundance of hydropower at its disposal, according to Northvolt CEO Peter Carlsson.

Carlson learned the job at the side of Tesla boss Elon Musk. After five years as Tesla’s purchase director, Carlsson returned to his homeland Sweden to create Northvolt. He did that together with Paolo Cerruti, among others. Cerruti, Northvolt’s Chief Operating Officer, is another former Tesla executive.

“We have been producing cells at our cell industrialization facility, Northvolt Labs, for more than a year and are excited to bring the knowledge and technology we have developed to the north and start large-scale production,” said Peter Carlsson.

“In order to meet its 2030 capacity target, Northvolt currently anticipates building at least two more gigafactories in Europe over the coming decade and is actively exploring the opportunity of building the next of these in Germany,” the press release states. By 2030, Northvolt wants to reach 150 GWh of annual battery cell production capacity in Europe. 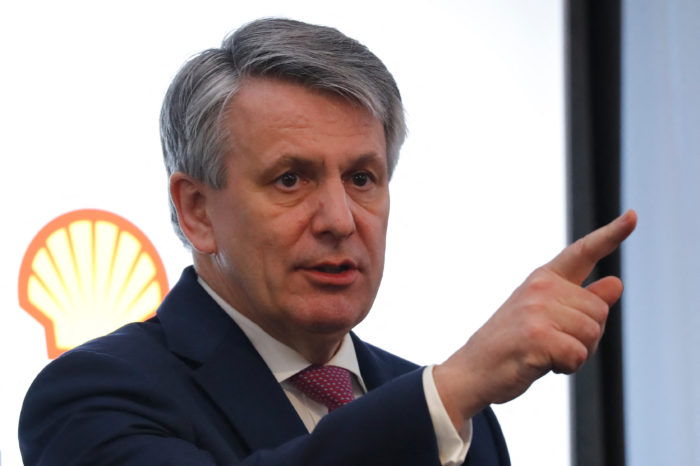 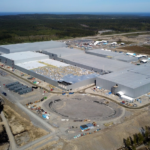