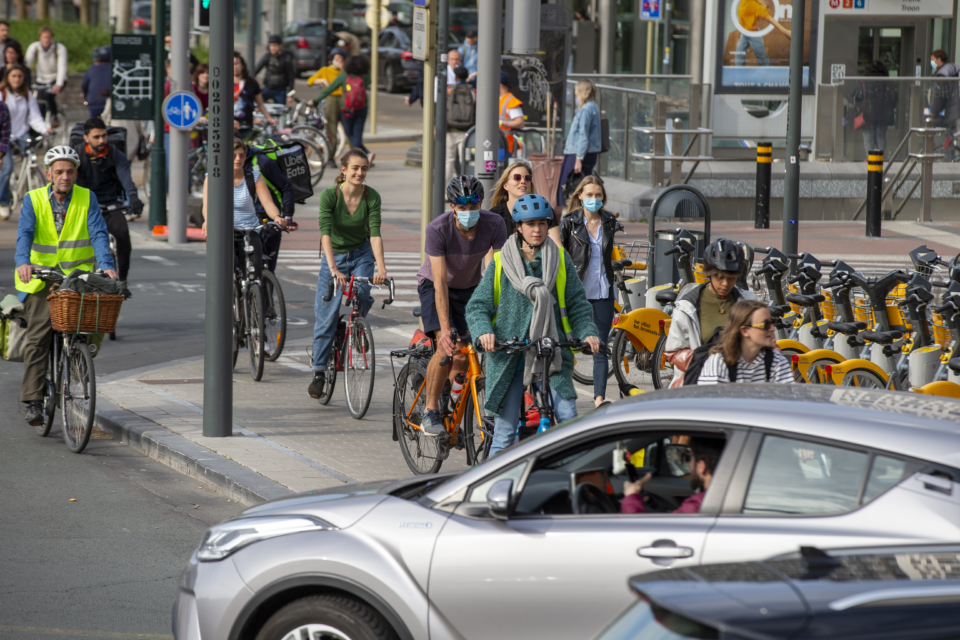 The total number of cyclists in Brussels increased by a remarkable 64% in 2020. The various types of bicycles, such as e-bikes, folding bicycles and delivery bicycles, are also increasing / Belga

While the average number of cyclists in Brussels increase by 64% in 2020, two-wheeled journeys varied widely with the health measures. That’s the conclusion of the observation of cycling trends in 2020 by the non-profit organization Pro Vélo at the request of the Brussels Capital Region.

The figures of the cycling observatory by Pro Velo have been on the rise for several years, but now the increase is remarkable.

The highest increase since 2014

In January 2020, just before the pandemic, the counts showed a 53% increase in cyclists, the highest increase since 2014. A few months later, in May 2020, the lockdown was in full swing, and cycling fell by 47%. Another interesting figure is that cycling between 8 am and 9 am has decreased by 11%.

For Pro Velo, these figures show one thing: “This highlights the impact of government measures on cycling during rush hour. Depending on whether these measures are tightened or relaxed, cycling to work or school will decrease or increase.”

However, the health crisis has not prevented a trend that has been emerging for several years: the use of bicycles in Brussels is becoming more diverse. For example, the proportion of women cycling has increased by 3,25%. However, women are still significantly under-represented on the bike: 60,6% men, compared to 39,3% women.

This disparity is said to be mainly due to a high sense of insecurity on the bicycle. Women also seem to wear helmets more often than men (58% versus 53%). But the number of cyclists wearing helmets (60% in 2020) and the number of bicycles equipped with a child transport device (16% in 2020, an increase of 4%) are continuing to rise.

Among all the bicycles observed during rush hour, there was also a 7% increase in the presence of electrically assisted bicycles. In general, whereas 20% of cyclists were riding e-bikes in 2019, that figure has risen to 27% by 2020. About 9% of the counted bikes were folding bikes, and 6% were cargo bikes.

“I hope this shows that cyclists feel safer in Brussels,” said Brussels Mobility Minister Elke Van den Brandt (Groen). “It also seems that everyone is gradually finding a bike that suits them, as we see on our cycling infrastructure more cargo bikes, more e-bikes, and more folding bikes. Brussels is changing, and our cyclists are equipping themselves in an increasingly diversified and intermodal way”, concludes the Minister. 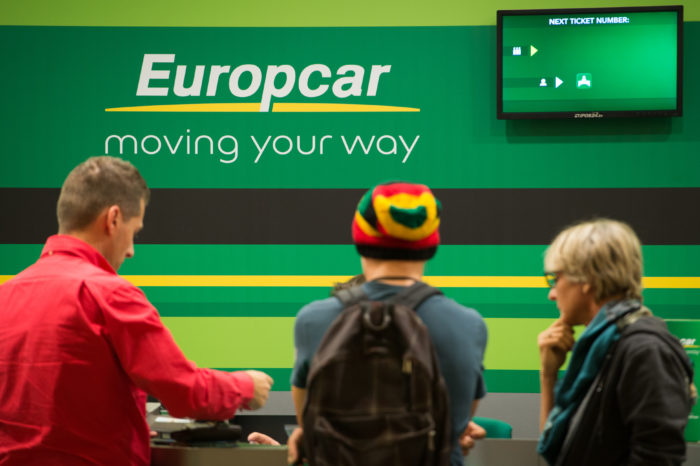 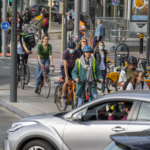