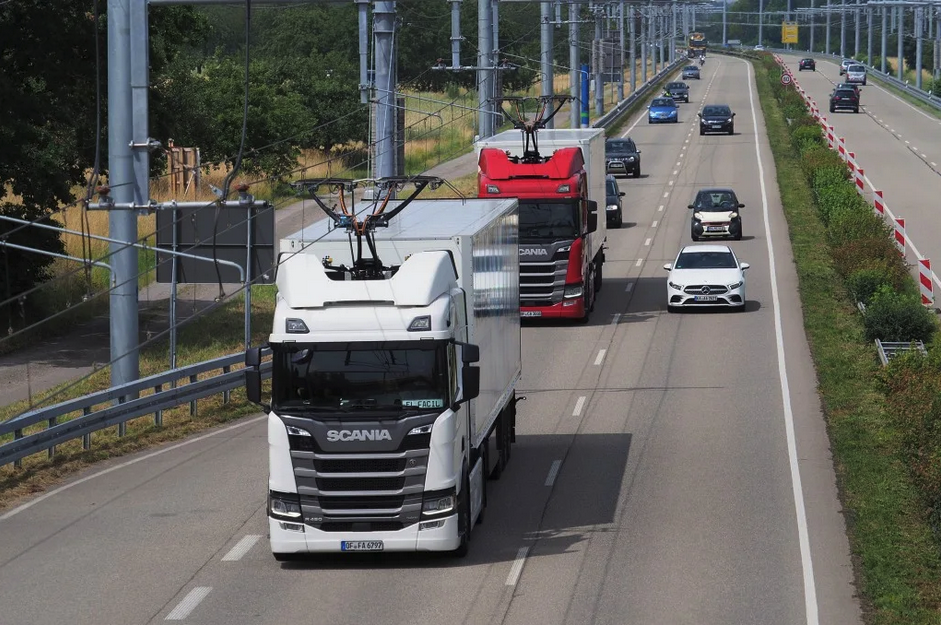 In Germany, a third eHighway project was opened where e-trucks can charge by pantograph on a 3,4 km stretch of highway that is equipped with a catenary system /Ministery of Traffic Baden-Württemberg

On Monday, the third experimental ‘eHighway’ was opened in Germany, a 3,4 km stretch on the national B 462 road between Kuppenheim and Gaggenau. Electric trucks can get their energy directly from the catenary while driving, using a pantograph on the roof.

The eHighway system was developed by German Siemens Mobility and implemented on the B 462 with the British specialist in catenary systems and conductor rails, SPL Powerlines. The idea is to power 300 km of German highways this way by 2023 and 4 000 km by 2030 to achieve a 40% CO2 reduction in transport.

Financed by the German government

Two other projects are running in the meantime. The first called ‘ELISA’ opened in March 2020 on the A5 highway between the junctions Zeppelinheim/Cargo City Süd of the Frankfurt airport and Darmstadt/Weiterstadt.

The five-kilometer catenary road was realized with the regional Hessen Mobil Road and Traffic Management. The second project was rolled out on the A1 highway between Reinfeld and the Lübeck junction. All of them are financed by the German Ministry of Environment and Nuclear Safety.

The latest project to open today in the ‘Murchtal’ valley enables testing with five e-trucks on a stretch of road with sharp bends and bridges, a challenge to equip with catenary lines. “The system installed on the Murchtal road is an important milestone to prove the operational usability of the system and to gather more experience in practice before rolling out the system on a larger scale,” says Hasso Grünjes, Head of eHighway at Siemens Mobility.

On the table in Flanders

This so-called ‘Catenary Solution’ is on the table in Flanders, Belgium too, where Siemens Mobility is involved with the Logibat project of VIL, the Flanders innovation cluster for logistics.

Logibat is meant to investigate the operational and economic conditions to make battery-electric truck transport available and what is needed to roll out a charging network country-wide both at the transport companies as on public stopping areas. Equipping major roads with catenary systems is one of the additional lines of thinking. 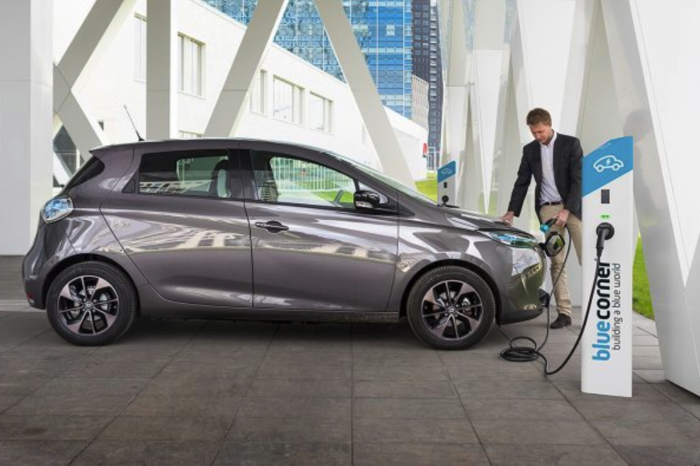 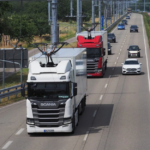