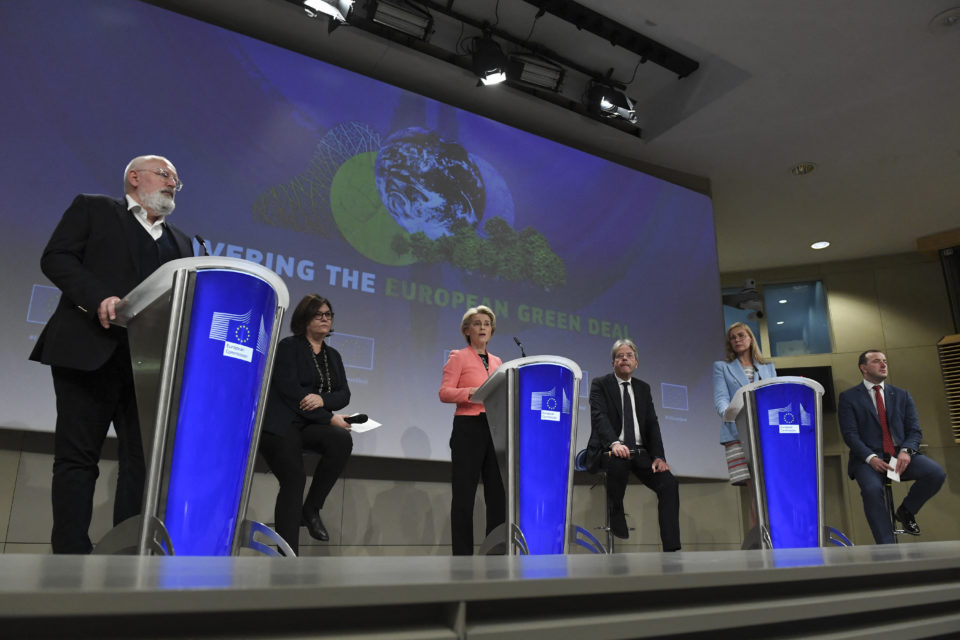 On Wednesday afternoon, the EU Commission presented the much anticipated – and feared – ‘Fit for 55’ package of 12 climate laws to make the target of 55% CO2 reduction by 2030 agreed by the member states a reality. So far, the world’s most ambitious plan will ultimately lead to carbon neutrality by 2050 if it survives the fierce discussions that are to follow.

The twelve propositions will cut deep into the life of every EU citizen. Most controversial are the CO2 taxes energy suppliers will have to pay on oil and gas, which they will balance in the prices for electricity, gas for heating, and the fuel prices at the pump.

A fund of €72 billion between 2025 and 2032, called the Social Climate Fund, will be set up with the revenues of the CO2 tax to mitigate the effects for the most vulnerable. Belgium is to get €1,9 billion out of it.

The package that was worked out by the EU Commissioner for the Green Deal, Frans Timmermans, and his principal private secretary, Diederik Samson, is a cluster of laws that interconnect and touch all kinds of sectors.

In transport, an ETS CO2 pricing system for airlines and the shipping sector will be enforced starting in 2023. In aviation exemptions granted today will be cut back gradually between 2026 and 2036 to disappear completely.

President Ursula von der Leyen used the example of one cruise ship producing as much CO2 as 80 000 cars to illustrate the need to act in the maritime sector. All these extra taxes the transport sector fear are to undermine the competitiveness of EU companies to the rest of the world.

Import tax for most polluting sectors

In Europe, free emission rights certain industries can rely on today will be drastically reduced. In five sectors known to be the most CO2-emitting of all (steel, aluminum, fertilizers, cement, and electricity), the EU will impose an import tax mechanism to force suppliers from outside the EU to comply with the same CO2 rules as the European industry.

Traffic is responsible for 40% of the CO2 emissions, Timmermans said and pointed at the fact that despite the car industry making a turning point toward more sustainability, those emissions have only gone up in recent years.

The car industry faces a fierce Euro 7 standard to reduce CO2 emissions further by 55%. It will force to add new (expensive) technology that would price the classic internal combustion engine out of the market, especially in small cars, where margins are already flimsy. But also the supercars won’t be able to escape: they will be (fully) electric or have to disappear.

Volkswagen-boss Herbert Diess believes this will make the electric car a better alternative – also for margins – already in 2025. Anyway, the date set for the end of new diesel and gasoline cars to be sold in the EU remains 2035. There will be a clause foreseeing a two-yearly review of the readiness of the car industry, though, that might lead to push that date further ahead.

The Commission expects the car industry to release more electric models in the coming years and more second-hand EVs coming to the market in time. That will be necessary, says Timmermans, as “millions of Europeans couldn’t spend more than 1 500 euros on a second-hand car so far”.

The car industry repeatedly warned that to make electric cars a viable alternative, the charging and eventually the hydrogen refueling infrastructure must follow. The EU Commission’s plan will push the member states to build fast-charging points up to 300 kW every 60 kilometers on major highways and hydrogen refueling points every 150 kilometers.

In the last few days, hot-tempered discussions were held behind the scenes in Brussels to fill in the last details of the plan that will determine to a great extent the everyday life of everybody in Europe for the next thirty years.

Skyrocketing energy prices are feared to ignite a new wave of yellow-vests protests not only in France but in many countries. Especially Thierry Breton, the French Commissioner for the Internal Market, is said to be worried. It won’t be fuel prices at the gas station only, but also fuel for heating houses that will be affected by the ETS system imposed upon the oil industry.

President Macron announced that France will continue to support plug-in hybrid cars just yesterday despite the possible EU ban on cars with an internal combustion engine (ICE). It pleads for an exception for PHEVs when new ICE vehicles sales will be forbidden in 2035. Unfortunately, that’s not on the table so far.

Not written in stone yet

Other countries – like the East European countries fearing they can’t carry the heavy burden – will try to push to mitigate the measures and lower standards for themselves. But, at the same time, they will try getting as much money as possible from the other member states to finance their transition. That’s something other countries in the West look upon with sorrow, as they don’t want the EU to become a ‘money pump’ for the East.

The ‘Fit for 55’ package is not written in stone yet, as the European Parliament and the Council of Europe of the 27 member states still have to agree with what the Commission has put on the table. Timmermans warned, however, that the package can’t be stripped down without compensating elsewhere to reach the target agreed already of 55% CO2 reduction. 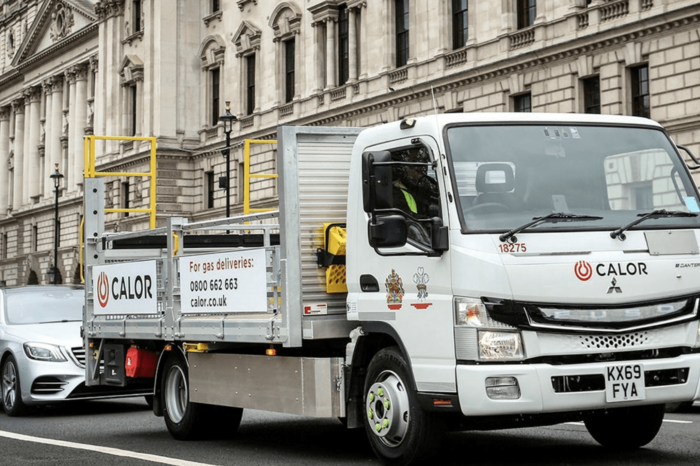 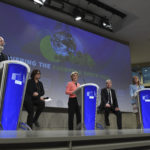