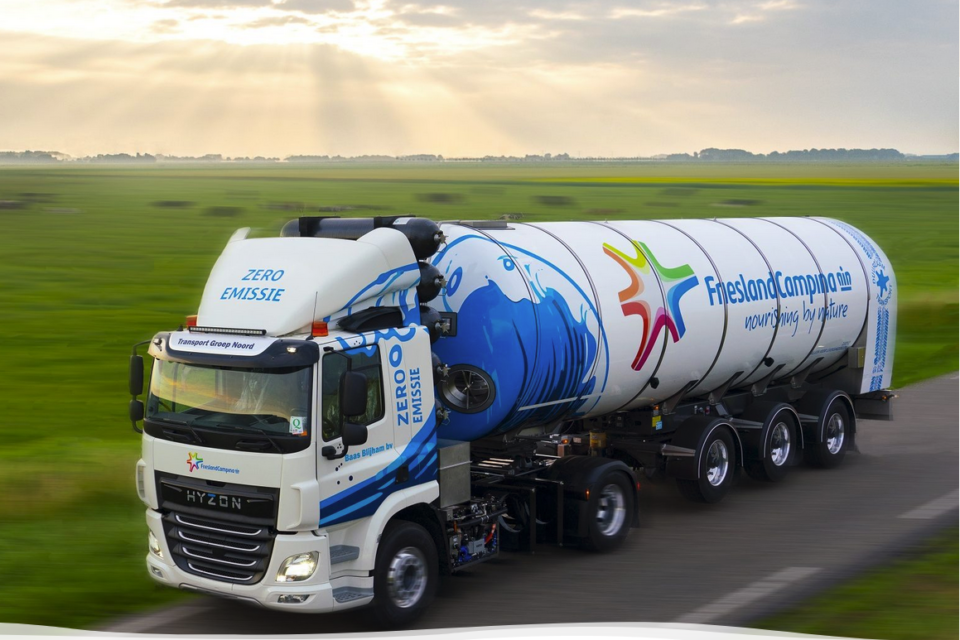 Dutch dairy company FrieslandCampina has commissioned its first hydrogen-driven 50-ton milk truck on the roads in the Groningen region. Today, only there is enough hydrogen filling infrastructure to roll out H2-trucks, says FrieslandCampina. But it is looking to expand to the rest of the Netherlands too.

FrieslandCampina is running a durability program called ‘Nourishing a better planet’ and aims at becoming CO2-neutral by 2050 in production, starting with a reduction of over a third already in 2030. It started five years ago using liquid natural gas (LNG) to propel its milk trucks but now wants to take the next step with hydrogen.

The new milk truck on hydrogen is delivered by American heavy fuel cell truck developer Hyzon. The latter announced in April it is launching its leasing service in the European Union. It’s intended to be a ‘holistic fleet leasing offering’ for the European market, including the Hyzon FCEV trucks, hydrogen fuel, insurance, service, and maintenance.

Hyzon, which is to build the trucks in the Netherlands, aims to be among the first companies to offer the transport sector an alternative with hydrogen-driven heavy trucks at a total cost of ownership (TCO) equalling a diesel truck.

Hyzon, a spin-off from Singapore’s Horizon Fuel Cell Technologies based in Rochester, N.Y., will build the trucks in a joint venture with Holthausen Clean Technology BV. The latter is a family business that specializes in converting diesel trucks into fuel cell trucks.

Carl Holthausen and his son Max decided seven years ago to change tack and convert the traditional oil and industrial gas supplying business into ‘Clean Technology’ with ‘green’ gas and hydrogen. They even have their own ‘green hydrogen’ production set up with a 42 000 unit solar panel park, built on a former refuse dump, providing electricity for the company’s electrolyzer to make the hydrogen.

The hydrogen truck business started as a hobby that got out of hand when the local authorities asked the Holthausen family to convert an old street sweeper on diesel to hydrogen. Since then, Holthausen became a local name in converting trucks and vans to FCEVs as well. Last year, the company fused with American Hyzon.

After the fusion, the plan was to scale up production to 800 units in 2021 and 2 000 by 2023. With the New Zealand deal the company announced in February, that should be feasible. The first trucks of 1 500 for Hiringa Energy will be delivered by the end of this year.

The New Zealand hydrogen specialist builds a countrywide network of hydrogen stations and offers the trucks to clients for sale or leasing contracts. The trucks for New Zealand will be built in Winschoten (Netherlands) in a 6×4 configuration, include a sleeper cab option, and will have a Gross Combination Mass (GCM) of 58 metric tons and a range of 680 km. 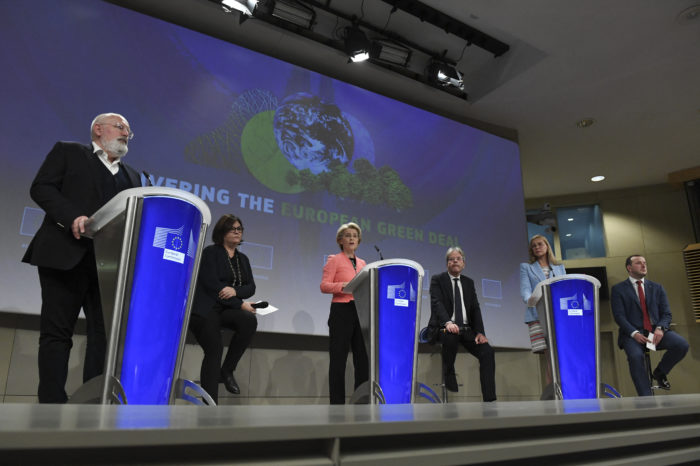 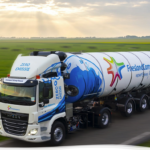