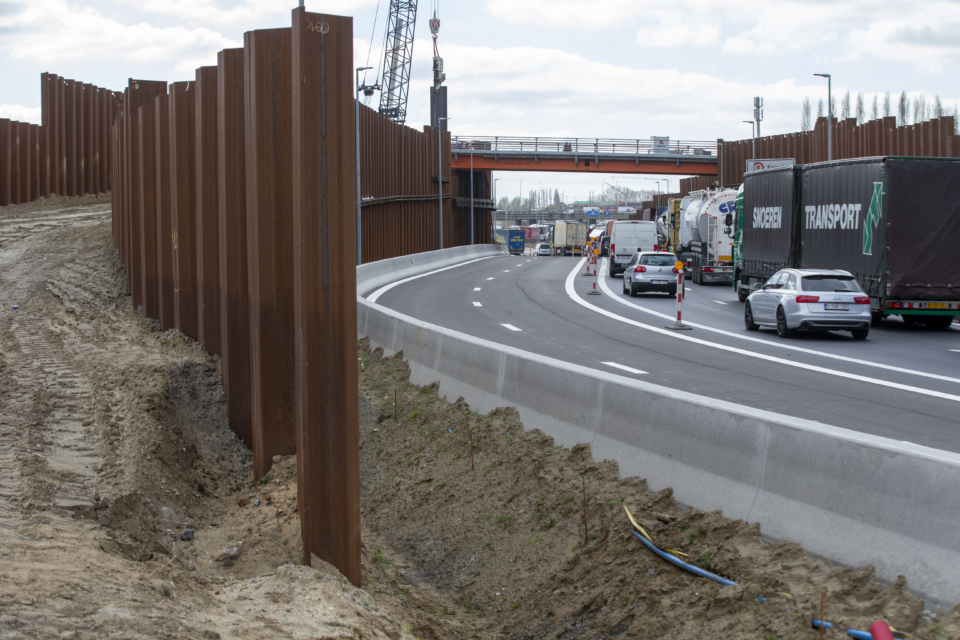 The works for the Oosterweel connection, Europe’s biggest road construction site, can go ahead, despite the PFOS contamination. An expert report gives the go-ahead /Belga

The works on the Oosterweel link, a mega-project designed to complete the Antwerp ring road, can be continued. This is evident from the Excavation Committee of Experts’ report, which was investigated at the request of Flemish Minister of Mobility Lydia Peeters (Open Vld). However, the committee does have a series of recommendations for the construction company Lantis.

A former PFOS pollution – a substance classified as an endocrine disruptor and persistent organic pollutant – was recently discovered on and around the 3M factory in Zwijndrecht. It was found in soil dug out for infrastructure works on the Oosterweel link on the left bank, which was (partly) used for roadsides and embankments.

The works on the Oosterweel link, which include a tunnel under the Scheldt, should improve the accessibility of Antwerp and the port, were then interrupted while the situation was investigated.

An Excavation Committee, headed by the Flemish government-appointed commissioner Karl Vrancken, was commissioned by the Minister to investigate whether the ongoing works could be done properly because of this PFOS contamination. The committee focused on dust, soil and soil displacement, and ground and surface water.

The experts’ report states that Lantis already applies all the safety principles for earth-moving. But to allow the works to continue without mixing contaminated soil with clean soil and without endangering the population’s health, the experts give a few more recommendations.

Thus, the committee wants the applied top layers of roadsides to be removed in which soil was used with more than 70 µg/kg dry matter (heavily contained soil). Specifically, the experts propose concentrating the most heavily contained soil, with values greater than 70 µg/kg dry matter, in a roadside or bank, which will be on 3M’s premises in Zwijndrecht. Furthermore, the soil must be covered both above and below to have no impact on the existing soil.

A polluted creek, the Palingbeek, which lies right next to the most polluted part of the site, needs to be widened. The creek will now be less deepened to avoid additional groundwater pollution, and it will be determined how much the creek bed needs to be expanded.

In addition, the top layers of roadsides close to residential areas should consist of clean soil only. The site must also be reclassified into different zones based on the PFOS content present. This will make it possible that the soil will not be backfilled with soil with higher PFOS concentrations. Measurement campaigns must also be rolled out both on the site and in the surrounding area so that windblown dust can be charted more accurately.

‘No danger to public health’

Since the works were only planned for 2023-2024, there is time to make the recalculation. Yet Minister Lydia Peeters estimates that the works will be delayed by two months, which is negligible on a project of ten years. But Peeters nevertheless reacts with satisfaction.

“I am pleased that the report shows that the techniques and measures Lantis uses as building contractor of Oosterweel are considered favorable by the commission. The report also indicates that the Oosterweel works can continue without any danger to public health.”

Karl Vrancken, the person in charge of the report, is expected to appear before the parliamentary commission of inquiry on Friday to answer questions from MPs.

In De Standaard, Hannes Anaf (Vooruit), chairman of the parliamentary PFOS investigation committee in the Flemish Parliament, and environmental lawyer Isabelle Larmuseau are less positive. According to Anaf, concrete obstacles have been exposed. For example, the current standards are too high, especially in places where many cyclists and pedestrians will pass.

Larmuseau, on the other hand, calls the legal investigation “hallucinatory’ because it does not address the questions that have arisen around additional contamination of groundwater and additional risks of exposure to PFOS. Experts have said in the inquiry committee that there are indeed additional risks. 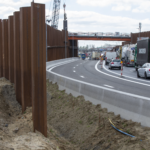