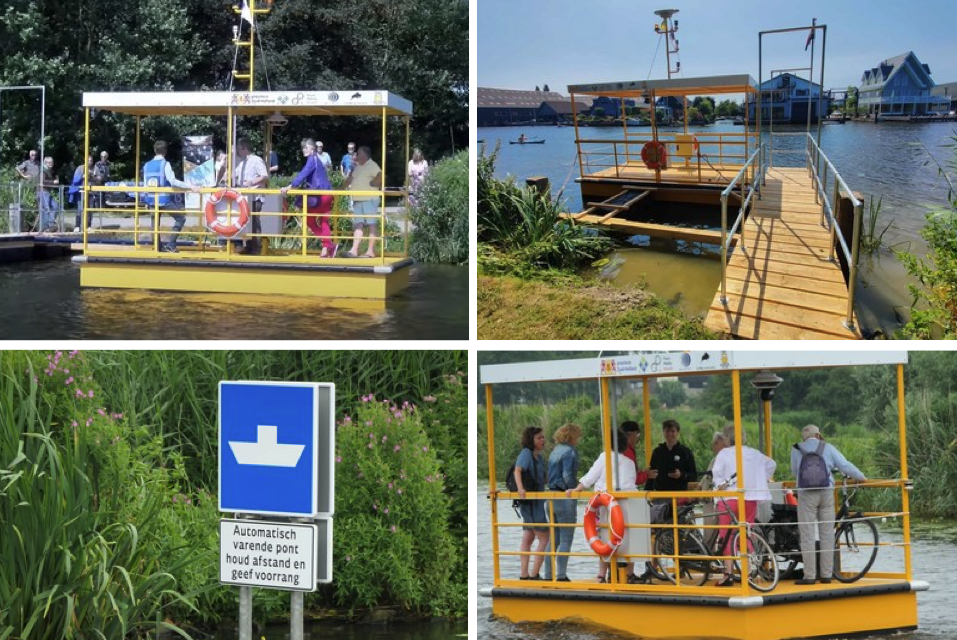 People of Teylingen, near Leiden (Netherlands) can call up the fully autonomous water taxi called ‘Ferry’ to get across the Groote Sloot /Buffalo Automation

Almost without a wavelet, unnoticed by the media, Europe’s first fully autonomous – solar-powered – water taxi has been commissioned in a pilot project in Teylingen, near Leiden in the Netherlands. Residents can call up the water taxi with an app to bring pedestrians and cyclists across the Groote Sloot to the recreational areas of Kagerzoom and Koudenhoorn.

The technology is American, coming from artificial intelligence (AI) startup Buffalo Automation, specializing in high-tech navigational ADAS systems for commercial shipping. It used a slimmed-down version for its self-driving Greycraft water taxi. The latter was launched as a world first on the Tennessee River at Volunteer Landing in Knoxville in December 2020.

Robotaxis have set a lot of tongues wagging already as companies like Google’s Waymo are making progress in fully autonomous driving cars. But due to the complexity of traffic in cities, skeptics say it will take another decade to see them fully deployed everywhere. On the water, this may be a different story.

Although navigating over water has its own challenges, traffic is generally less dense and slower, so it is easier to manage by automation. Buffalo Automation has developed systems to help captains of commercial ships to navigate through all kinds of weather and traffic using AI, neural networks, and thermal imaging technologies.

Called AutoMate, the system provides situational awareness – an automated outlook – and decision support for commercial ships. It is a retrofit solution that can be used on all kinds of ships. For smaller vessels, like pleasure craft, the company offers ‘Pegasus’ as an advanced driver assistance system (ADAS) that provides automated collision avoidance.

The electrically propelled platform – with room for six to ten people and bicycles – gets its electricity directly from the sun. It has an average operational range of six hours while sailing at a gentle speed of four knots (7-8 km/h).

Buffalo automation found the way to Teylingen in the Netherlands due to a passionate resident who could convince local authorities and the province of Zuid-Holland to jump on the bandwagon, together with Next Generation Shipyards (NGS) and the Future Mobility Network (FMN). The latter is a team and network of scientists, engineers, consultants, project leaders, and urban planners “who tackle today’s mobility challenges, and especially those of the future”

So from last Friday on, residents of Teylingen can hail the water taxi – called ‘Vaar met Ferry’ – by a smartphone app and take a ride for free until the end of October. If the fully automated ferry proves to be a success, others may follow.

“This project was made possible because of the like-minded local community and business leaders who are open to exploring alternative transport models,” says Buffalo Automation founder and CEO Thiru Vikram.

“This historic launch will solidify our commitment to providing the people of South Holland with a safe, clean energy means of transportation that protects their numerous blueways and natural resources. 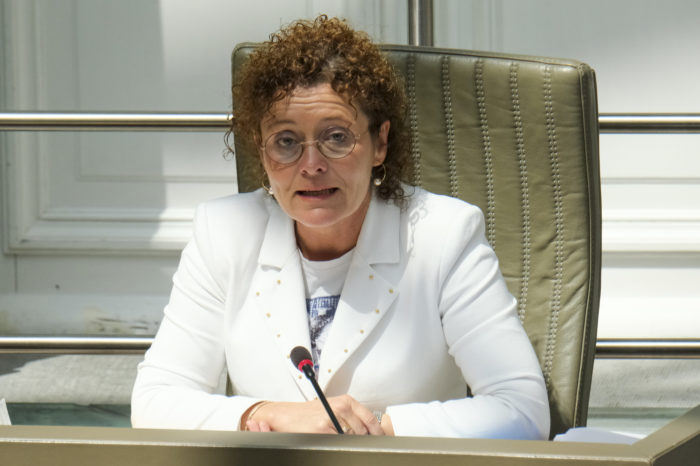 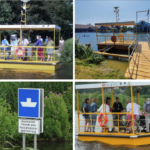